Acts of Charity, How LaunchGood Campaigns Happen and Why it All Matters

Acts of Charity, How LaunchGood Campaigns Happen and Why it All Matters June 21, 2017 Guest Contributor

It’s a beautiful Sunday afternoon, Father’s Day. My third yet most uneventful thus far, given its Ramadan. But I’m enjoying a peaceful day nonetheless — my wife let me sleep in (what better gift in Ramadan?), caught up on Quran, even spent a little time setting up my daughter’s hot pink kiddie pool from Target.

Suddenly something catches my eye on Facebook: My friend Khadija Lardas posted about a Northern Virginia teen girl missing after leaving the ADAMS Center Mosque late at night. It’s alarming, but early; mostly I’m thinking about how that girl’s father must feel today.

As I head to Asr prayers, I get a WhatsApp notification: A body has been found, dead, presumably the young girl’s. Her name is Nabra. The few photos shared show a bright smile under Snapchat filters. My heart drops – for her, and for what I know is coming.

After I pray, the messages come in: iMessage, WhatsApp, Facebook Messenger. Should there be a LaunchGood campaign? How can we help? Where can I donate? This is our moment, a chance to turn the raw emotions people are feeling into something productive that can hopefully make an impact (see closing thoughts as to why this is personally important to me).

As LaunchGood’s most visible founder, I’m often the first person contacted when something big is potentially happening. For those unfamiliar, LaunchGood is a crowdfunding platform with a mission to empower the Muslim community. The majority of our campaigns are small and local, but we’ve become well-known for a few big, national and international campaigns including Repair Jewish Cemeteries and Muslims Unite for Portland Heroes. With the help of thousands of donors over the past few years, we’ve turned mass philanthropy into an art form.

With the horrible tragic murder of Nabra Hassanen, here is how we helped launch the crowdfunding campaign to support her family:

Once these campaigns cross into the six-digits we consistently hear, “Why so much? How are the funds going to be used? Why not share the funds with other worthy causes?”

These are all fair questions. For example, Nabra’s campaign started with a goal of $10,000 and now is at $300,000+. Perhaps the funeral will cost a few thousand, but then what?

First, it’s important to understand why people donate: It’s for themselves. They want to show solidarity with a cause, and crowdfunding has become the expected way to do so today. Even the Quran echoes this sentiment: In Surat Al-Baqarah Allah says, “and whatever you spend of good is in reality only for yourself…” [2:272]. So, these campaigns are usually left open to let people feel involved.

Secondly, it’s important to understand Islamic perspective on charity: “Charity does not decrease wealth,” as our beloved Prophet taught us. Sometimes people are afraid all the extra funds are a waste, that there are other needy people or causes that could benefit. That’s true, and we should raise funds and donate to them too! But as a principle of belief, the more charity we give as a community, the more we will be blessed with to share with others, inshallah.

There’s no need to be scared we’re putting all our eggs in one basket; charity is not a zero-sum game (for the believer).

Finally, only God knows the circumstances of the victims and their families. For Nabra’s parents maybe they’ll need to take time off work to recover, or move to a new place and start fresh, or begin an endowment in her name – or all three. The more funds they have, the more options they have and time to figure it out.

All this crowdfunding can seem exhausting. Why has this become our go-to every time something horrible happens? Do we need a campaign every time there’s a tragedy or major news event?

The obvious answer is no. Honestly, I personally get exhausted myself — it takes a lot of work to get them up, we must drop everything we’re doing, and then there’s an endless line of questions after the campaign takes off.

But, I believe this is what I was made for. Ever since I became Muslim 16 years ago, I’ve been passionate about activating the Muslim community. From starting Jumu’ah in our high school, to leading the MSA at University of Michigan, to helping launch Fawakih and the Muslim Chaplain at UM, I love kickstarting initiatives the uplift us and elevates our faith.

With LaunchGood, I get to do that on steroids: Every day is an opportunity to help new people, whether it’s a young person seeking out funds to study at Qalam to major flash campaigns like Nabra’s that brings a measure of healing to a community. If it’s important to someone else, it’s important to me and our LaunchGood team.

As the Prophet صلى الله عليه وسلم famously said, “God is in aid of the servant, so long as the servant is in aid of his brother (or sister).” (Sahih Muslim, Hadith 36 of Imam Nawawi’s 40 Hadith)

I invite you to join us in supporting Nabra’s family and the victims of the Finsbury Park attack here:

Chris Blauvelt is the executive director of LaunchGood, the first Muslim crowdfunding site. 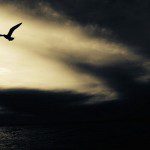 June 20, 2017
Ramadan Deprivation Leads to Despair and then Deliverance
Next Post 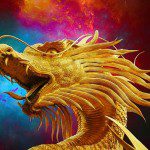 June 21, 2017 How (Not) to Feed Your Dragon - Rumi's Advice in Ramadan
Recent Comments
0 | Leave a Comment
"FsyYOU are hate. Period."
Soren A Ramadan Testimonial of Repentance and ..."
"Thank you for sharing this article along with detail information, and you have mention the ..."
wazeer shaik The Path Through Hajj – One ..."
"Tamerlane is considered an oppressor amongst Islamic scholars and an anti-hero in Islamic culture. It's ..."
Ali Inspiration: Star Wars: An Islamic perspective
"did you head to syria? did you take ilisha?"
mike malzahn Quran, Hadiths or Both? Where Quranists ..."
Browse Our Archives
get the latest from
Muslim
Sign up for our newsletter
POPULAR AT PATHEOS Muslim
1