How (Not) to Feed Your Dragon – Rumi’s Advice in Ramadan

How (Not) to Feed Your Dragon – Rumi’s Advice in Ramadan June 21, 2017 Guest Contributor

In his poetic epic Mathnawi, Rumi tells the story of a snake catcher that has taken on new meaning for me this Ramadan. Hunting amid the ice and snow of the high mountains, the snake catcher chances upon a prize specimen.

The snake is big and fearsome-looking enough to be a dragon, although it seems harmless in the unmoving state the man finds it in. Imagining the money he can make by putting on a public exhibition of the monster, he ties up the dragon and takes it to Baghdad.

His showman’s instincts are soon proven right. Setting up his show at a busy intersection, the snake-catcher is soon thronged by curious onlookers. But, while his attention is focused on the crowd, he fails to notice something happening behind his back. In the heat of Baghdad, the frozen dragon is thawing out. And as it starts to uncoil itself, the dragon breaks its ropes. Roaring and thrashing, it attacks the spectators, killing hundreds of people.

The snake-catcher stands rooted to the spot as the disaster unfolds, asking himself, “What have I brought from the mountains and the desert?”

The dragon is your sensual soul (nafs): How is it dead? It is (only) frozen by grief and lack of means.

The story has been resonating me with this year as I think about fasting as an opportunity to gain some distance from my habitual self and its desires. By denying the ego’s incessant demands for something new to eat, drink or be stimulated by at every moment, my ability to sustain attention and focus becomes much stronger.

I’ve noticed this in previous years, but the effect is always surprising. While I seem to need lots of tea and snacks at other times to be productive, for example, during Ramadan I am miraculously able to sit and work for hours – even when I’m short on sleep!

It helps me to see the way that the nafs (ego, soul) disperses my energy and depletes me through its scattered nature, always chasing a multiplicity of desires. By containing those desires through fasting, energy can be directed toward a conscious purpose. In the R.A. Nicholson translation of the Mathnawi, Rumi says:

That dragon, under stress of poverty, is a little worm; a gnat is made a falcon by power and riches.

Keep the dragon in the snow of separation; beware, do not carry it into the sun of Iraq.

One other detail that always strikes me about this story is how much the description of the dragon waking up resembles our present-day terror attacks. One minute, there’s a crowd of people gathered for some kind of public entertainment; the next moment, there’s a huge noise, followed by bodies lying on the ground. I think the resemblance is not coincidental.

Fasting is a literal renunciation of our most basic desire to eat, but it’s also symbolic of restraining other appetites as well. Feeding the ego with anger, delusion and self-regard is like building a bomb. But it does not necessarily have to take the form of an improvised explosive device that goes off in a distant country.

Such a bomb may also be a torrent of ugly words unleashed on one’s own friends or family, or a burst of anger that wreaks other kinds of destruction.

Rumi shows us how our inner world is reflected in the outer environment. When I read this story of the snake-catcher, I recall times in my life when I was overpowered by the tyrant ego, and a self-made disaster ensued.

Rumi concludes the story by reminding us of how difficult it is to tame the wily nafs. He says: “It needs a Moses to kill the dragon.” For me, this not only underscores the importance of fasting and other practices that strengthen one’s personal will, but also of making a conscious connection to the prophets as inner archetypes of embodying the Divine Will.

Moses, as a prophet, represents the opposite human experience of the snake-catcher. His staff turns into a snake when he throws it down at the Divine command. Then Allah tells him: “Get hold of it and do not fear. We shall restore it to its former state.” By obeying the dictates of a higher consciousness, Moses is able to channel the energies of the human body in service to the Divine and bring the will of heaven onto earth.

In that way, the serpent of desire can become the staff of guidance within each human being.

Anna Rohleder is a writer, editor and translator seeking shifts in perspective that lead to insight. at large in the world. She blogs at The Living Tradition on Patheos Muslim. 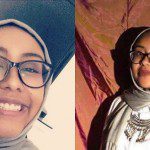 June 21, 2017
Acts of Charity, How LaunchGood Campaigns Happen and Why it All Matters
Next Post 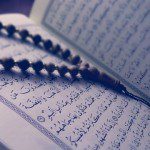 June 22, 2017 Healing Myself Through the Quran
Recent Comments
0 | Leave a Comment
"FsyYOU are hate. Period."
Soren A Ramadan Testimonial of Repentance and ..."
"Thank you for sharing this article along with detail information, and you have mention the ..."
wazeer shaik The Path Through Hajj – One ..."
"Tamerlane is considered an oppressor amongst Islamic scholars and an anti-hero in Islamic culture. It's ..."
Ali Inspiration: Star Wars: An Islamic perspective
"did you head to syria? did you take ilisha?"
mike malzahn Quran, Hadiths or Both? Where Quranists ..."
Browse Our Archives
get the latest from
Muslim
Sign up for our newsletter
POPULAR AT PATHEOS Muslim
1