Trump’s Modified Muslim Ban – What You Need to Know

Patheos Explore the world's faith through different perspectives on religion and spirituality! Patheos has the views of the prevalent religions and spiritualities of the world.
President Donald J. Trump’s modified version of the travel ban, aka the Muslim ban, is set to go into affect tonight. The Supreme Court ruling on Monday partially lifted the stay on the Muslim ban, putting into place certain stipulations while allowing travelers from the six mostly-Muslim countries listed in the ban (Yemen, Syria, Sudan, Somalia, Libya and Iran) to still enter the United States.

Here’s what you need to know:

Exempt from the ban and eligible to enter are permanent residents, which includes green card holders and those applying for green cards based on petitions filed by family or employers. Also exempt are non-immigrants who are lawfully in the United States by June 26, 2017. Also exempt are people with valid expired visas as of January 27, 2017 and those with a valid, unexpired visa as of June 29, 2017. Canadian permanent residents (who’s country of origin may be one of the six on the ban) are permitted into the U.S. as long as they have a valid visa.

However, if you are a tourist or a business visitor from one of these six countries, you are banned from coming to the U.S while this is in play.

Also exempt are international students and individuals with “close family” ties or members in the United States. This is where it gets tricky. Because, who makes the cut as a close family member?

Close family members include a parent, parent-in-law, spouse, child, adult son or daughter, son-in-law, daughter-in-law, and sibling, whether whole or half. This includes step relationships. Who it doesn’t include are grandparents/grandchildren, fiances, cousins, uncles, aunts and other family members — and this is a cause for major concern. Said Khaled Beydoun, associate professor of law in a Facebook status update:

Immigrants from the 6 Muslim-majority countries will be restricted from entry, UNLESS they have a BONA FIDE relationship to the US.

Now, you’re probably asking yourself, what does “bona fide” mean exactly? Family is a bona fide connection, right? Well, the following family members are not family according to the Ban:

Family is defined extremely narrowly, and limited to nuclear family members. Weddings will be interrupted or cancelled, funerals will be missed, births and birthdays of children unattended, and the last days with elderly loved ones gone.

This is reality for millions of people for the next four months, and depending on what the Supreme Court rules in October, maybe more.

Muslim families will be fractured, divided, and broken – which is not the disproportionate effect of this policy, but intentional state strategy.

Also, who decides who is “bona fide?” According to the Globe and Mail,

The ruling leaves a lot of interpretation for customs and immigration officials about whose relationships are bona fide, what constitutes a legitimate “entity” in the U.S. and who ultimately makes those calls. Three of the Supreme Court justices – Clarence Thomas, Samuel Alito and Mr. Trump’s nominee to the court, Neil Gorsuch – warned that the “bona fide” standard was “unworkable” and would “invite a flood of litigation until this case is resolved on the merits.” For now, the State Department’s guidelines lets consular officers grant other exemptions to applicants from the six nations if they have “previously established significant contacts with the United States;” “significant business or professional obligations” in the U.S.; if they are an infant, adopted child or in need of urgent medical care; if they are travelling for business with a recognized international organization or the U.S. government; or if they are a legal resident of Canada who applies for a visa in Canada. 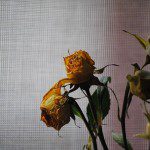 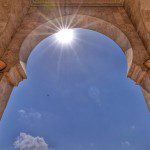 July 6, 2017 Is Islam Inherently Secular?
Recent Comments
0 | Leave a Comment
Browse Our Archives
get the latest from
Muslim
Sign up for our newsletter
POPULAR AT PATHEOS Muslim
1