Muslims and Domestic Violence – Searching for a Faith-Based Solution

Domestic violence is as prevalent in Muslim communities as it is in other faith communities. Do victims/survivors report crimes to clergy or law enforcement? Could the search for a faith-based solution reflect the idea that this is a faith-based problem? This first article by Hadia Mubarak* in a two-part series explores these questions. Part two will look at how passages from the Quran have been interpreted and misinterpreted with regards to domestic violence.

The image of the Muslim woman tends to be obscured by news reports of violence inflicted both by and against Muslim women, such as terrorism, honor killings and domestic violence. An example of this can be seen when a video of two Muslim Australian women discussing wife-beating with a “folded handkerchief” or siwak (wooden toothbrush) went viral in the spring.

The video featured Reem Allouche and Atika Latifi, speaking at a women’s conference hosted by Hizb ut-Tahrir, a controversial political Islamic movement. In a span of 24 hours, the video received condemnations from an array of Australia’s political leaders, ranging from the Minister for Women and a Labor MP to the deputy leader of the Opposition.

In less than a week, Australia’s Immigration Minister announced that views on wife-beating, genital mutilation and child marriages would become part of a new litmus test for Australian citizenship.

The video raises critical questions about Muslim public sentiments on domestic violence, reinforcing fears and concerns that Muslims bring with them values that are incompatible with Western, liberal societies.

A recent poll on Muslim American attitudes conducted by the Institute of Social Policy and Understanding (ISPU) offers a rare glimpse into the attitudes and practices of Muslim Americans towards domestic violence, terrorism, discrimination, airport profiling and other issues. The 2017 Poll, American Muslims at the Crossroads, the second annual poll conducted by ISPU, illustrates a very different image of this constituency than such viral stories tend to reflect.

Whereas Muslim Americans were just as likely as other faith groups to know an individual who had been a victim of domestic violence (13 percent compared to 15 percent), they were also just as likely to report such crimes to local law enforcement. In interviews involving a representative sample of 800 Muslim Americans and more than 1,500 Americans of other faiths, ISPU’s 2017 survey demonstrates that 54 percent of Catholics, 52 percent of Protestants, 51 percent of Muslims and 35 percent of Jews reported domestic violence to law enforcement.

While one hopes to see higher numbers of Muslims begin to report such crimes, the statistics reflect anything but an apathetic or worse, condoning, stance towards domestic violence.

The poll reveals yet another noteworthy fact. The most significant difference between Muslims’ responses to domestic violence and those of other faith communities is that Muslim Americans are also much more likely to report crimes of domestic abuse to their local clergy. Whereas 51 percent of Muslims reported abuses to their local clergy, only 35 percent of Protestants, 28 percent of Jews and 23 percent of Catholics claimed doing the same.

The implications of such a statistic have yet to be fully unraveled, yet it seems to suggest that Muslims expect their religious leaders to play as critical a role in resolving issues of domestic violence as law enforcement officials; they are more likely to involve religious leaders in domestic violence cases than any other faith community surveyed.

Why are Muslim Americans just as likely to reach out to religious clergy as they are to law enforcement in cases of domestic violence? The reasons are not straightforward and perhaps not singular. This statistic, nonetheless, demonstrates that Muslims view their religious leadership as prospective sources of conflict resolution or assistance in cases of domestic violence.

One organization that has long noted the importance of training imams (congregational leaders) and khateebs (sermon ministers) to be first-responders to domestic violence is the Peaceful Families Project (PFF). For more than a decade, this Muslim American organization has devoted its resources to community education and advocacy against domestic violence.

One of its most successful programs is the domestic violence training they conduct for Muslim religious leaders across North America. Unlike the ambiguous message delivered by the Australian women in the video, PFF has been unequivocal in its stance: “Domestic violence is form of oppression.”

Could the search for a faith-based solution, however, reflect Muslims’ presumption that domestic violence is a faith-based problem? The video referenced above reflects the complexity of faith-based understandings of spousal discipline. To be fair, despite the frenzy caused by the two women’s video, they were not by any means justifying or condoning domestic violence. Rather, they were attempting to interpret a Quranic passage that has been at the center of much controversy in modern conversations on gender in the Quran, Q. 4:34.

*Hadia Mubarak is a lecturer on Religion at the University of North Carolina at Charlotte (UNCC) and a scholar at the Institute for Social Policy and Understanding (ISPU).  She received her Ph.D. in Islamic Studies from Georgetown University 2014. Her dissertation, “Intersections: Modernity, Gender and Qurʾanic Exegesis,” explores the strains of change and continuity between pre-modern and modern exegesis on gender in the Quran. 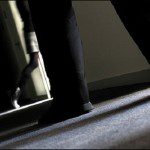 July 19, 2017 Is the Quran to Blame? Looking at Domestic Violence and Scriptural Interpretation
Recent Comments
0 | Leave a Comment
Browse Our Archives
get the latest from
Muslim
Sign up for our newsletter
POPULAR AT PATHEOS Muslim
1