A few weeks ago when a man on a motorcycle pulled up alongside me and shouted “Seig heil!” I was unusually at a loss for words. I realized in that moment that there was nothing I could say or do to change his perception of me — a Muslim woman in a headscarf — and that I was simply the enemy to be disdained and hated.

He sped away before I could respond, but I was left wondering what a Neo-Nazi was doing in that bastion of liberal values – Berkeley, California.

In the wake of the white supremacist rally in Charlottesville followed by a terror attack in Barcelona, the forces of division, hate and violence seems to be growing stronger despite the best efforts of groups like the one I work for, Islamic Networks Group, or ING. For nearly a quarter of a century we have worked toward greater understanding, interfaith engagement and dialogue with the firm conviction that once people know more about each other and their faith, they will have fewer negative stereotypes.

This belief is borne out by polls such as a recent one by the Pew Research Center which finds that Americans who personally know a Muslim have markedly less prejudice toward other Muslims.

As American Muslims prepare to celebrate their second holiday of the year, Eid al-Adha on September 1st, the usual celebratory air is mixed with fear and sadness over the events of this last month. There seems little in the news that would give us hope that things will turn around, that peace and unity will prevail, and that per our conventional wisdom, things and people must improve over time.

Yet, the very narrative upon which this holiday is based is one of unreasonable, radical hope in the face of all odds. Central to the holiday Eid al-Adha and the hajj, or pilgrimage to Mecca, is the story of a woman named Hajar or Hagar in Arabic, who defied all odds when left with her young son in the desert.

The child began crying of thirst, so Hajar ran frantically back and forth seven times before finally returning to her son, only to find that a well had sprung up under his feet.  When I performed my pilgrimage over ten years ago, I was awed by the distance she had walked in search of water for her son as I joined millions of other pilgrims in her footsteps, an obligatory ritual of hajj.

In the Islamic tradition, this young man, the son of Hajar, grows up to be a prophet like his father Abraham, named Ishmael, or Ismail in Arabic. He once again is subjected to a test of his very life when according to both Quranic and Biblical narratives, Abraham is commanded to sacrifice his own son. Here again, in the face of all odds, the son is miraculously replaced by a lamb or ram, and the son regains his life once again.

It is the kind of hope that all religious traditions inspire in their adherents; it can be the motivation for incredible acts of love, courage and kindness. It is believing that despite the growing darkness, there is a glimmer of light. We have seen that light materialize and give us hope with the recent cancelling of hate rallies in the Bay Area this past weekend as well as the cancellation of the national anti-Muslim rallies scheduled for September 9th.

We have seen that light in the coming together of disparate groups around the nation who previously had never interacted to affirm civil and human rights and push back against hate. We see it in the dedication of thousands of young people across this country who have spent their weekends planning and organizing to ensure that the America that they live in and believe in is one built upon principles of equality and liberty for all its citizens.

After the events of the last month, I might be worried about the future, but I am also reassured that if I am ever in trouble, there will be many good people out there who have my back. As people of diverse backgrounds and faiths, we can make a pledge that whoever they might be and for whatever reason the hate, we will stand up for a neighbor, a co-worker, or a person on the bus who is a victim of hate and bigotry — regardless of whether it comes from a man on a motorcycle or a speaker at a podium.

As all our religious traditions teach us, light will overcome the darkness, and together we can and will overcome.

Ameena Jandali is a founding member of ING. She co-designs and develops ING’s educational presentations and cultural competency seminars. Ameena has delivered hundreds of presentations in schools, colleges, universities, churches, and other venues on Islam and related subjects. She’s also appeared on many news outlets speaking on issues relating to American Muslims. She currently team teaches a class on Islam at San Francisco City College. 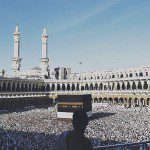 August 28, 2017
The Path Through Hajj - One Pilgrim Details Her Experience
Next Post 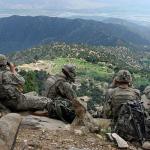 August 30, 2017 Trump's Speech on Afghanistan and Pakistan Signals Unending War
Recent Comments
0 | Leave a Comment
"Yow its so sad my eyes are sweaty😭BN.BELIEVE.ASIA/VZ7527IE"
Batelthda Gaslighting, Anti-Jewish and Anti-Muslim Rhetoric: What ..."
"Wow !! By car accident she hit a jackpot!!"
MegaFlower Where are the Men? Reuniting Islam ..."
"It's time for her husband to file for a divorce."
ThePumpkinQueen It’s Time to Boycott Saudi Arabia
"I love you mah queen ヽ(´▽｀)/"
jcbutterrtoast Altmuslim is Joining Patheos
Browse Our Archives
Related posts from altmuslim