#MeToo – What Supporting Those Accused or Guilty of Sexual Harassment Says About Us December 1, 2017 Guest Contributor

As brief and random as tweets often are, every now and then, one will capture the spirit of a moment. At this moment, accusations of sexual harassment and assault involving public figures in several fields are the topic of speculation, and in some cases, criminal investigation.

Fans have been shocked by the allegations, whether or not they believe the victims. People have wondered what it means to enjoy the work of someone who harmed another person. Some have considered boycotts. Others have entrenched themselves in denial. Even people who desire an objective stance find themselves favoring one side or another.

No one emerges unscathed by the potential for bias.

Whether we support someone who’s been accused, condemn their actions, or seek some form of distance from the matter, these accusations have touched us in some way. We might wonder what it means to consume their work despite the accusations. We might brazen it out and express continued or increased support.

But, these reactions have almost nothing to do with the public figure involved, and it’s often not about their work. Our heated debates on social media, among friends or at family gatherings say much more about ourselves than we can ever say about the politician, preacher or producer undergoing such public scrutiny.

And often what we’re saying about ourselves is that the esteem we offered to those accused of and/or guilty of sexual harassment, and the lifestyle we’ve built with that in mind, means more to us than maintaining consistent moral standards or relationships with people who uphold their values by rejecting harassers and abusers..

We can’t let go of the support we’ve offered by way of our votes or watching a movie or what have you, so we continue past all reason. We compromise our moral standards so that we might not have to change the channel or our party registration.  It’s an emotional sunk cost fallacy, made all the more serious because we are not investing more cash. We’re investing our sense of self.

If someone votes for a politician who sends racy texts to teenagers, they aren’t hoping for a society where no child is safe from adult predators. They want to feel good about and support the promises that politician made.

The angry netizens defending sexually and morally corrupt preachers and public speakers don’t want the people who lecture them about morality to be libertines; they want to know that the contentment they felt in hearing an eloquent and stirring sermon was  real and a feeling to be trusted. .

The people who doubt actors and musicians coming forward about producers and directors want a world in which the people who make good things are also good people. Presenting the facts about the incidents is usually counterproductive, because the problem isn’t that a public figure has done wrong; it’s that the people who supported them have fond memories that no longer fit the reality.

I have a collection of ill-fitting memories myself. They are snapshots of perfectly ordinary tasks. I remember them not because of what I was doing in them, but what I didn’t know about that time. I thought I was building an ordinary domestic life with my then-husband. I couldn’t know that long work hours he had were anything but.

When I found the emails and receipts, I told my friends that I was angry, but what I couldn’t tell anyone was how it felt to no longer trust my emotions. I began interrogating my own recent past. He had been unfaithful; I had been the fool. I could leave him (and I did), but what could I do with memories I no longer trusted?

I gave him my love, but where did it go once I had given it? And how could I bring myself to give something that precious again, knowing that I had no control over how it would be received?

I was blessed with a friend who could give me what I needed, even as I could not bring myself to ask. He shared the story of his first marriage. His wife was a serial adulterer. He endured years of humiliation and doubts about every happy moment they had. While he spoke of that time through decades of emotional scar tissue, one point shone through, pure and strong: His love for his first wife remained true, untouched by her betrayal or his pain.

He honored the love he gave her, regardless of how she responded. He didn’t carry a torch for her. The time for them to be together was long over. But he could treasure the love he gave even if what he got in return wasn’t as true and pure.

My own memories now recognize the betrayal and the purity. They don’t make for sweet reminiscing, but there is sweetness in them. I gave good love, and got hurt in return. If I had to play the fool, I decided I’d rather be the fool who gave honestly than the one who came to deceive.

My friend’s forgiveness of his first wife is a level of generosity I’ve yet to reach, but I’m trying. I chose to trust, got hurt, and learned to trust again. My love is a little scuffed in places, but perfectly sound. I love the awkward new wife I was, and treasure what I gave still.

Admiring a public figure is not the same as spousal love, nor should it be. But people do become emotionally attached to celebrities, or their idea of what the person behind the celebrity ought to be. From fandoms for pop stars to die-hard Insert Political Party Here voters, the people and groups that we esteem represent a wealth of human emotional energy.

That emotion is not lost or useless when we find out that they’ve been invested in someone not worthy of them. It may mean that we need to find a new candidate to vote for or new tunes for our workouts, but those changes don’t mean that we are losing ourselves if we make the brave choice to turn away from the wrong doers.

Those changes mean that we are still growing. There is no sunk cost when it comes to our hearts, for what we give is given first to ourselves, and that fosters our growth.

Nakia Jackson is a mom, musician and writer. From her first (terrible) story at age six to the ad copy and background music she sells to keep the family in yarn and Cheerios, creating has been her life’s breath. When not creating, Nakia enjoys family excursions designed to show the world that normal is merely a setting on the washing machine. Her column, Another Kind of Voice, is published in the last week of every month. 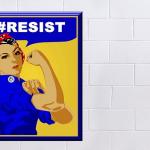 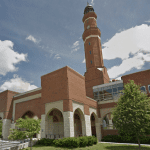 December 5, 2017 How Do We Find the Right Leaders for Our Mosques? A Case Study
Recent Comments
0 | Leave a Comment
Browse Our Archives
get the latest from
Muslim
Sign up for our newsletter
POPULAR AT PATHEOS Muslim
1

Listening to the Reed
The Living Tradition
Related posts from altmuslim