In his best-selling book, People of the Lie, the late psychiatrist Scott Peck proposed that individuals who suffer from Narcissistic Personality Disorder, or NPD, are not only evil but that they should be diagnosed accordingly. He was not the only one who made this unconventional diagnostic leap.

The social psychologist Eric Fromm who was the first to coin the term “malignant narcissist,” describes NPD as being a “severe mental sickness” representing “the quintessence of evil.”

It is tempting, perhaps even a bit comforting, to believe that a word like “evil” is nothing more than a religious designation for a mental illness. But mental illness is neither evil nor incurable but rather a chemical, and in most cases, a treatable imbalance.

On the other hand, someone with a personality disorder, like NPD, is locked into a disorganized and disturbed way of thinking and cannot reason outside of their own programming, making them impervious to conventional treatments.

There are two developmental pathways that can lead to NPD. The first path can develop when a child or young adult is severely abused. The second is when a child is pampered and overindulged to the extent that they are stunted from forming a personality in accordance with the social rules and/or laws of reality.

Such individuals are raised to ignore truth, and by extension morality, because the only reality they are permitted to occupy is the space of parental expectations

Both developmental paths implant the belief that reality does not exist independent of human perception and cannot be mastered without manipulating the consciousness of others. Both scenarios lead the individual to create a false self or ego that is emotionally bullet- proof as a way of dealing with the emotional wounds of an abnormal upbringing.

Over time the child’s organic identity or consciousness, what we call fitra in the Islamic tradition, is intentionally and slowly mutilated.

Left without a healthy outlet for individual self-expression, such individuals grow to become deeply and pathologically insecure: A condition they alleviate by fortifying themselves with a false personality.

Individuals with NPD are terrified of intimacy and have a limited ability to experience empathy. Their sexual appetite is often reduced to its physical components and the prospect of sex is dampened by its corresponding expectations of intimacy. Sexual objectification becomes a prerequisite to sexual arousal for the narcissistic personality, since nothing else will do the trick.

Sex is the one arena where the narcissist does not have to go through the exhausting task of masking his emotional deficiencies. And since sex is a relatively private activity, it becomes the one space where the narcissist can take off his mask, provided that he is doing so with an objectified other. And so, pornography, prostitution, pedophilia and rape become the most efficient outlets to satisfy the sadomasochistic tendencies of the narcissistic personality

Religion is probably one of the more effective disguises employed by those with pernicious tendencies (as in: the priest turned pedophile). But it is not the only fortification that the false ego employs.

Narcissists also have an insatiable need for power. These personality types may exist in only one percent of the general population but they are over represented in politics, business, medicine, clergy and other leadership-seeking roles.

All narcissists have an abusive streak, but since physical abuse is too provincial and can easily expose them, they resort to emotional abuse instead. They will fake intense emotions of love and approval only to suddenly and randomly withdraw their affections just for the orgasmic pleasure of keeping others emotionally dependent.

Without emotional friction to mitigate the insatiable appetite of the false ego, abuse is often committed with impunity.

The subconscious mantra of the false self goes something like this:

‘I am rich and powerful therefore I must be real.’

‘I have control over the lives of others and they fear me, therefore I must be real.’

But the narcissist is anything but real, which is why no matter how much power they accumulate they are incapable of experiencing joy. They have almost no attention span and must jump from one conquest to another to keep from experiencing the terrifying sensations of total emptiness. Their entire existence is indentured to the insatiable appetites of the false self or mask which they wear to maintain appearances.

Can Narcissists be Healed?

Narcissists manipulate others, but they are the ones being manipulated, by their own inner demons. As their false personality becomes solidified it takes on a life of its own, demanding more and more fortification, without which the person becomes increasingly more insecure. Ironically the more power and perfection they project the less empowered they feel, hence their insatiable appetite for more and more power, which they secure by demanding loyalty at any cost.

Part of the reason that dictators impose irrational laws is for the gratification of witnessing their subjects violate their own minds in deference to their whims and wishes. And yet no amount of objective power can alleviate the inner helplessness.

If the person with NPD decides to embark on a process of healing by resisting the demands of the false self, they will find themselves acting in uncontrollable ways. Compulsive shopping, promiscuity, kleptomania and compulsive lying are just some of the symptoms of a raging inner battle.

It is at this point that some seek treatment. But, the urge to act irrationally grows stronger with every attempt to seize control of one’s spiraling lust for more power. As their sins accumulate, it becomes increasingly difficult to repent and rewind. Healing is an extremely painful process and the temptation to give up becomes the false ego’s invitation to become indifferent to the demands of a conscious, which some do by becoming full blown sociopaths.

Unlike their milder manifestation, a sociopaths do not seek confirmation from others. Sociopaths are self-contained and have no need for others. They only bother to shroud themselves in enough camouflage to avoid detection. They become ruled by one desire: To act out their pathology without any social oversight. They resent the fact that they need to suppress their pathological tendencies and fantasize about punishing society for burdening them with the daunting task of acting civilized.

To break through requires something we religious types like to call “divine intervention.” In the religious context this false ego has all the characteristics of a demonic figure as defined by the traditional Abrahamic traditions. The false ego is the master of disguises, a pathological liar, a shape shifting chameleon. He is clever and very sane, successful, well adjusted, and often referred to as a genius.

Peck took the unconventional step of suggesting that we should consider the demonic origin of narcissistic personality disorders and went as far as conducting exorcisms, which he documented in his other book, Glimpses of Evil.

A more secular perspective, by one of the world’s leading authorities and self-confessed narcissist Sam Vanknin, claims that NPD cannot be cured. Symptoms can be managed, but for the most part the true self is completely obliterated and only the false personality remains.

Neither of these positions is scientifically ironclad. This is a relatively new arena, one that is terribly misunderstood. Are personality disorders psychiatric, psychological or just spiritual disorders? Can they be cured with prozac or prayer or both?

The Narcissist Within Ourselves

I believe that the very idea that anyone can “cure” a personality is in and of itself a form of inverted narcissism. Narcissism is contagious, and if you keep the company of narcissists you will eventually find yourself buying into their rhetoric . They are enigmatic seductive personalities who feast on manipulating the minds of others.

Several examples easily come to mind, but rather than focusing on who fits this description, I’d rather we focus on the hallmarks of NPD. If you believe you are immune to narcissists’ manipulations or that you are capable of absorbing so much evil without becoming infected by it, then you are exhibiting narcissistic tendencies.

NPD is very common; we all have some elements of narcissism within us. We are all, to some extent, dependent on the perception of others. Many patriarchal cultures (particularly Arab culture and in the Gulf states) create a terrible excuse for the narcissistic and bad behavior of men at the expense of women. Also, we all subconsciously manipulate those perceptions in our favor in order to secure some admiration. We live in a world of social media where doing just is not only socially acceptable but celebrated.

Having said that, I subscribe to a religious worldview, and as such I believe that the antidote to narcissism is humility. I believe that it is God’s grace on us that we must occasionally fall from grace. To be weak and authentic is exponentially more empowering than to be rich and powerful but totally fake.

I believe that to be true to oneself is to be true to a higher power. The idea that our personalities can evolve apart from this connection is in my view, a bit narcissistic. 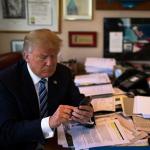 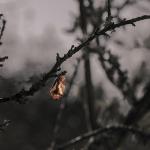 December 21, 2017 How Trauma Affects Our Ability to Lead
Recent Comments
0 | Leave a Comment
Browse Our Archives
Follow Us!