Wolves Among Sheep – the Public Terror of White Supremacist Groups

Immediately following the Parkland shooting by 19-year-old Nikolas Cruz, a leader of a paramilitary white supremacist organization declared Cruz a member of their organization. As the investigation into the shooting unfolded, Jordan Jereb, leader of the Republic of Florida (ROF), an organization the Anti-Defamation League refers to as “hateful” and “anti-Semitic”, claimed that Cruz had taken part in paramilitary exercises.

However, as the investigation continued, federal authorities could find no real evidence of Cruz’s involvement with the ROF. Jereb had pulled the ultimate publicity stunt, and with the narrative already set it was more successful than he could have imagined.

Jereb claimed connection to an attack that, in reality, he had no part of. If this sounds familiar, it’s because it is the exact same tactic ISIS and other terrorist organizations employ to garner publicity. Yet some might be able to spot the hypocrisy in this entire process: Why are these groups even allowed to exist, let alone be given a media platform to lay claim to such attacks?

Readers may remember the aftermath of the September 11th terrorist attacks, in which national media erupted with stories of terrorist sleeper cells hiding throughout the United States, preparing to strike at a moment’s notice. Because of that media frenzy, numerous mistakes were committed, some almost comical.

For example, a small rural commune in southwestern Virginia was targeted by federal prosecutors for being linked to an organization known as Al-Fuqra. However, no evidence actually existed to convict the members of this community, which was more akin to Christian utopian communities than terrorist training camps.

Or, there is the case of “Ground Zero USA,” which was reported to be a jihadi training camp in Marion, Alabama that had trained the D.C. snipers. Turns out, Ground Zero was a training facility for local law enforcement. Despite this ridiculous mix-up, media outlets made little effort to minimize the hysteria they had created. The very prospect of anti-American Muslim groups produced fear and craze, despite any evidence that they existed.

Conversely, white supremacist paramilitary organizations openly exist in the United States. The fact that Jordan Jeber can openly claim connection to a mass murderer, and then be discredited by other white supremacists operating different paramilitary organizations, is evidence of that. So is news footage of anti-Muslim militias training in Texas. To dismiss this fact would be and is folly. And yet too many do dismiss this fact.

This bias exists within federal law enforcement agencies as well. The FBI considers domestic terrorism to be “perpetrated by individuals and/or groups inspired by or associated with primarily U.S.-based movements that espouse extremist ideologies of a political, religious, social, racial, or environmental nature.” This definition should theoretically include groups like the ROF, with its stated goals being “the ultimate creation of a white ethno-state.”

However, the brief page regarding terrorism on the FBI webpage cites five examples of terrorism perpetuated by Muslims and one by anti-government criminals. No mention of white supremacists. On the most wanted page, eight of the twenty criminals are Muslim, some just under suspicion for fundraising for terrorist organizations without committing a violent crime.

White supremacist militias explicitly form around political goals, host military exercises with sophisticated and lethal weaponry, and openly espouse their racist and xenophobic beliefs. Despite being a greater threat to American citizens and operating in public, these militia groups are too often dismissed by law enforcement and the White House while some seek attention by publicly claiming connection to a high school shooting.

It is not that the FBI should be blamed for not arresting suspects because of a lack of evidence, as Donald Trump has tried to do, but that the FBI should reassess its understanding of what is a threat to the American people. In the history of our country, white supremacists have claimed more lives than any other group. It’s time we put an end to this movement.

Charles M. Turner is a PhD student in Political Science at the University of Utah, and his research focuses on minority politics, particularly the inclusion of religious minorities in American democracies. Prior to continuing his studies, he served as the Muslim Life Coordinator at the University of Richmond, Government Teacher for the Madina School of Richmond, and a member of the Civic Outreach Committee at the Islamic Center of Virginia. 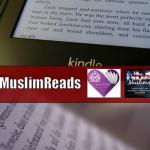 February 20, 2018
The Power of (and Need for) #BlackMuslimReads
Next Post 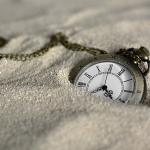 March 2, 2018 The Fear of the New, of Change, Won't Stop Time
Recent Comments
0 | Leave a Comment
"FsyYOU are hate. Period."
Soren A Ramadan Testimonial of Repentance and ..."
"Thank you for sharing this article along with detail information, and you have mention the ..."
wazeer shaik The Path Through Hajj – One ..."
"Tamerlane is considered an oppressor amongst Islamic scholars and an anti-hero in Islamic culture. It's ..."
Ali Inspiration: Star Wars: An Islamic perspective
"did you head to syria? did you take ilisha?"
mike malzahn Quran, Hadiths or Both? Where Quranists ..."
Browse Our Archives
Related posts from altmuslim