The Data is Clear – Most Americans Oppose Islamophobia

Last week the Supreme Court heard arguments regarding the so-called Muslim ban, setting the stage for a final resolution on this controversial–and potentially unconstitutional–policy.

According to American Muslim Poll 2018: Pride and Prejudice, a new study released today by the Institute for Social Policy and Understanding, in partnership with Georgetown’s Bridge Initiative, most Americans oppose the ban (66 percent).

The majority of the populous (63 percent) also opposes mosque surveillance, and most (79 percent) say that Muslims should be allowed to build houses of worship without harassment. Eight in ten Americans also say that they wish to live in a country where no one is targeted for their faith or race and a majority (69 percent) agree Muslims are no more responsible for acts of violence carried out by another Muslim than anyone else.

These figures are especially stark given the normalization of anti-Muslim rhetoric since the start of the 2016 election cycle, a trend, incidentally, that most Americans (66 percent) view as harmful to our country.

Moreover, to our surprise as political observers and researchers, most Americans do not endorse popular anti-Muslim stereotypes. We tested the level of public agreement with a number of tropes often attributed to Muslims in political discourse and popular culture; the notion that most Muslims in the United States a) are more prone to violence than other people, b) discriminate against women, c) are less civilized than other people, d) are partially responsible for violence carried out by other people who share their faith, and e) are hostile to the United States. Research shows that subscribing to these views is linked to support for discriminatory policies targeting Muslims. We found that only a minority (ranging from 6 to 26 percent) of Americans on average endorse these stereotypes.

While not as widespread as one might assume, to the degree that it does fester on the fringes, Islamophobia is bad for everyone. A higher score on the Islamophobia Index, controlling for standard demographic variables, is not only linked to a greater likelihood to endorse discriminatory policies targeting Muslims, but also to condone more general authoritarian governmental powers and even violence targeting civilians.

But the harm of Islamophobia doesn’t stop there. A higher score on the Index is also linked to greater acceptance of suspending checks and balances and limiting press freedom in the wake of a terrorist attack.

Ironically, those with a higher score on the Islamophobia Index are also more likely to equivocate when asked if it is acceptable to  target and kill civilians. Such views are often wrongfully attributed to Muslims. Indeed, according to our study, as well as Pew’s 2017 poll, Muslims are more likely than the general public to unequivocally

Not only are Muslims more likely than the public to oppose violence against civilians, but most acts of terrorism in America are carried out by non-Muslims. This statistic is even starker when considering that most mass shootings carried out by a non-Muslim are not labelled “terrorism” even when a clear ideological motive has been established. A recent study found that it is far less likely for a non-Muslim to be called a “terrorist” by both the media and law enforcement when he attempts or carries out almost identical ideologically motivated violent acts as a Muslim perpetrator who is given this label. Even with this bias in how we label violent acts depending on the identity of the perpetrator, still the majority of American terrorism casualties are at the hands of white supremacists.

Though not supported by the evidence, it is not hard to see where false assumptions attributing violence to Muslims more than others would come from. Muslims accused of plotting a violent act allegedly in the name of their faith receive 770 percent more media coverage than those accused of plotting a similar act but in the name of an anti-government or white supremacist ideology. The Department of Justice is six times more likely to issue a press release to advertise a foiled plot that would have been carried out by a Muslim than a similar ideologically motivated foiled plot by non-Muslims.

The Supreme Court is deliberating a law that a majority of Americans oppose in principle and in practice. It is a policy that many believe targets people for their faith—and does so based on faulty assumptions. Rather than perpetuate false stereotypes and undue suspicion of Muslims, policy makers should heed the research and reject Islamophobia.

Author notes: For more information about the American Muslim 2018 poll, you can check out its launch via Facebook Live here.

Some background information on the Poll: ISPU has polled attitudes and policy preferences across faith and non-faith groups for three years, measuring things like religious and racial bullying and discrimination; positions on mosque surveillance and banning mosque construction; attitudes about violence towards civilians and more. The American Muslim Poll 2018: Pride and Prejudice includes two additions: we pulled out data specifically about white Evangelicals this year, and we created, in partnership with Georgetown’s Bridge Initiative, the first-ever national Islamophobia Index. Based on response to five questions detailed in the article above, we scored Muslims, Protestants, Catholics, Jews, white Evangelicals, the non-affiliated and the general public along the Islamophobia Index. Of note: those that consider themselves non-affiliated score lower (score of 14) on the Islamophobia Index (meaning less Islamophobic) than Muslims (score of 17). White Evangelicals score highest at 40.

With this index, we aimed to measure how a higher score on the Index leads to approval of discriminatory policies targeting Muslims; approval of violence targeting civilians, and approval of authoritarian policies. What we found is that only a minority of American on average endorse the stereotypes we measured that lead to higher levels of Islamophobia.

About Dalia Mogahed and Youssef Chouhoud
Dalia Mogahed is Director of Research at The Institute for Social Policy and Understanding; Youssef Chouhoud is an ISPU Fellow, PhD Candidate and Provost’s Fellow at the University of Southern California’s Political Science and International Relations Program. You can read more about the author here.
Previous Post 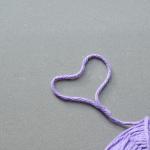 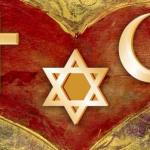 May 8, 2018 The Only Thing in Which We Should Compete as Muslims, Jews & Christians
Recent Comments
0 | Leave a Comment
"Salam. I am going to be blunt and honest with you. Girls who are doctors, ..."
Rubina Ahmed Looking for Love and Finding Awkwardness ..."
"FsyYOU are hate. Period."
Soren A Ramadan Testimonial of Repentance and ..."
"Thank you for sharing this article along with detail information, and you have mention the ..."
wazeer shaik The Path Through Hajj – One ..."
"Tamerlane is considered an oppressor amongst Islamic scholars and an anti-hero in Islamic culture. It's ..."
Ali Inspiration: Star Wars: An Islamic perspective
Browse Our Archives
Related posts from altmuslim