Busy times – but a pause for Obama 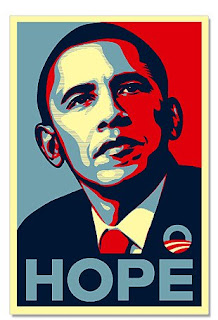 Let me just preface this by saying sometimes I complain that Montana is lacking in intellectual energy, specifically in philosophy, politics, and religious studies. While it has in no way caught up with England or even London alone, Missoula has very happily surprised me of late with some amazing talks both by resident thinkers and by visitors. Thanks, Missoula.

Last Thursday I pushed for an early meditation so as to make it to a wonderful free philosophy lecture by David Sherman, current chair of the UM Philosophy Department. I didn’t muster the energy to blog about it then, and I won’t attempt a full recap here, but the gist of it was that our moral sensibilities have slowly but surely been eroded with the rise of capitalism and with it the evils of a vacuous utilitarian individualism (to borrow Ron Perrin’s characterization from today’s talk).

The talk focused on economics, paying particular attention to post WWII America and the rise and fall of the middle class (note that Barack Obama talked about this in his press conference tonight – over the past decade, give or take, even when the economy was soaring upward, the average worker DID NOT SEE ANY increase in his/her purchasing power, while the upper class saw wealth increase hand over fist). I can’t recall too many of the specifics without my notes in front of me (sorry) but I do remember that he gave a regressive analysis (fancy philosophical words) of our current problem, tracing it back through deregulation under Bush, the repeal of the Glass-Steagall Act under Clinton, and on backward, showing blow after blow dealt to organized labor in the name of greater wealth-creation. All the while our society (not to mention those of countless countries around the world) have paid the price.

Dr. Sherman concluded (in part) that while he hasn’t totally bought in to Obama – noting that Obama seems foremost interested in simply fixing the system that got us here in the first place, he sees promise in our current President and wants to focus us on what we can do as individuals to rebuild the fabric of our society (I think to borrow a phrase from Borgmann) against the tide of rampant capitalism.

Perrin began his talk with an evocative story of his journey south with fellow students of Northwestern University in the spring of 1965. They were en route to Salem, Alabama, where just days before hundreds had attempted to march on Montgomery demanding equal voting rights for Blacks. Police brutally fought back the peaceful protesters, killing several. It was a charged moment in our nations history, only diffused (in part) when President Lyndon Johnson delivered his Voting Rights Act to congress, demanding that the equality that so many died for in the Civil War be brought to its proper legal fruition, now 100 years later.

And then we fast-forward just 40 or so more years, to today, and we have our first black President. “Why here?” Asks Perrin, and “Why now?”

The “Why here” portion is answered by looking to the founding of our nation in the principles of “new and free” – free from the past, free from the “old world” which had carried with it so many persecutions and entrenched hierarchies. To some extent the fetishization of the new (my terms, but no doubt recognizable to Dr. Perrin) has had its problems; and yet it has also been most forceful in the removal of a past that has been discredited. In the case of the recent Bush administration, it has not only lost credit, it has lost all legitimation.

Alexis de Tocqueville summed up American restlessness in his famous “Democracy in America” in a passage that Perrin quoted in full – the gist of which was that “the American will build his retirement home only to sell it before the roof is on it, plant a great garden only to lease it before it bears fruit, travel madly over his vacation time only to escape his unhappiness, and so on.” He then quoted, as a more recent description of the American Ethos, Bruce Springsteen’s song title, “Born to Run.”

Obama’s special appeal, Perrin suggested, was that Americans run from tradition in order to somehow expand our conception of ourselves (enjoying Thai and French cuisine beside grandma’s haggis and shepard’s pie). Likewise we see in Obama a chance to extend our idea of who we are as a people.

American Exceptionalism, at its worst is militaristic and economic bullying. But it is at the same time originating in John Winthrop’s 17th century clarion call to his citizens in the Massachusetts Bay Colony to love their neighbors and the natives, to live as a “City on a Hill” – an example of goodness that would draw out the best in all who observed them.

Why Now? is a more complicated question. It could not be summed up to Bush’s failure or Hillary’s lack of appeal. Instead, Perrin pointed to Obama’s particular call upon Americans to recognize our duties and responsibilities as Americans. Perrin gave a history of what is known as the Machiavellian Moment, a period in many great nations’ histories when crises arose with the power to tear the society apart. Our own Machiavellian Moment is now, not due to Bush or Madoff, though they are symptoms of it. Instead it is a result of a Milton Freedman styled utilitarian individualism. We’ve lost our focus on the common goods (clean air, city parks, etc) and moral principles (quality of life, extension of wealth, etc.) and so many of us have withdrawn from communal activities.

Obama has the position of renovator, of summoning people back to their own basic morals, just as Lincoln did in his Gettysburg address, calling attention to our Declaration of Independence. Will he succeed? It will take a lot. It will require that he summons us also to be patient with what is, to pass up our habit of indignation and finger-pointing, and to seek out our best selves in honest effort to help as well as we can.

The Q and A following Dr. Perrin’s talk was just as informative and thought-provoking as his talk. I can only sketch it briefly, but some key quotes include former Congressman Pat Williams saying that this was “the first time in his life that he’s been more confident in the President than in the people” of our country – going on to describe what he called 30 years of a culture of timidity in America.

One woman asked if Dr. Perrin if he ever felt we’d see a President end a speech with “God bless us ALL” instead of merely “God bless America.” The crowd snickered approvingly.

March 26, 2009 Life of late and perhaps some Gratitude
Recent Comments
0 | Leave a Comment
Browse Our Archives
get the latest updates from
American Buddhist Perspectives
and the Patheos
Buddhist
Channel
POPULAR AT PATHEOS Buddhist
1