Progressive responses to the 2020 election of Biden over Trump

Progressive responses to the 2020 election of Biden over Trump November 11, 2020 Justin Whitaker

2020 has been an incredible year in more ways than many of us can begin to describe. I began the year with a newborn daughter living in a village house on an island 30 minutes from central Hong Kong. Then COVID came along. Then, just to keep it interesting, my wife got a great job back in our college town (Missoula MT) and we packed up in the middle of the pandemic and moved ourselves, our daughter, and our cat.

Two planes, a bus, a hotel room and a long sleep later, we were in Home.

All the while, America’s politics marched forward, and on November 3rd, Americans elected Joe Biden and Kamala Harris.

My take on politics of late can be found over at Buddhistdoor Global:

A further response which generated some good discussion on facebook is below (lightly edited):

My too long but too short hot take on the 2020 election:

1) the Democratic party has been splitting in two since around 2000. Obama was able to embody both the youthful hope side and the centrist stability side. No one else has done that, yet. In 2016 the two sides were clear: Bernie for youthful hope and Hillary for centrist stability. She won, but then failed to rally the other half of the party. In 2020 Warren and Sanders split the youthful hope (progressive, okay with socialism side) and lost as all of the centrist candidates rallied around Biden.
Given that, Biden needed desperately to reach out to the youthful/hope side of his own party, but, repeating a key 2016 mistake, instead took them for granted and reached out aggressively to republicans. This strategy failed. The last poll I saw said that 90% of voting republicans voted for Trump in 2016, but 93% in 2020. A big gambit for Biden that failed – and in doing so he missed a chance to embrace the desperate young progressive voters out there.
Trump, meanwhile, aggressively ‘got out the vote’ of his base and sympathisers. The big story I’ve been hearing all year and today is the Latino vote coming out strong for Trump. And black voters too. I don’t think this was a win by Trump (or that these voters are terrible people) but rather a failure by Biden to connect with key voters.
I don’t think Trump’s message or base has changed much in 4 years; it’s interesting to see which voters changed directions based on who was running against him.
Could a progressive candidate have won in 2020? It would depend on their juggling skills. I moved away from Sanders in 2020 because as much as I think his policies were clearly the best, I don’t think he’s a great political juggler. Warren was better and seemed capable of accomodating centrists (much to the ire of my strong Sanders friends). But she had neither the powerful enthusiasm of the Sanders camp or the momentum of the DNC-backed centrist camp, sadly. We could look to the Squad and Ed Markey fending off mr political dynasty Joe Kennedy to see that it can be done. Dems even tried to ‘primary’ Ilhan Omar with a centrist and failed narrowly.
I’d also fault Biden (as with Gore, Kerry, and Clinton) for failing to see the political winds and picking a strongly progressive VP candidate. I mean, briefly in the primaries it was literally Biden vs the two grass-roots-backed progressives – could he not see that a LOT of voters loved these two? I understand Harris having some good progressive credentials as a senator but they didn’t translate to votes in the primary; nor did it galvanize Black voters as Biden might have hoped. We’ll see, but it looks like Trump might have gotten *more* Black voters in 2020 than in 2016.
As for the term ‘socialism’, the left broadly needs to ‘own’ it better and describe to people that socialism and capitalism are two threads in the fabric of American history. They ebb and flow in ways that cannot be destroyed or removed and in ideal times they balance one another. The problem today is that capitalism is running amok, to the benefit of the richest and at the cost of 99% of Americans. At this time, therefore, more socialism is exactly what we need; more socialized medicine, a stronger social safety net, a deeper commitment to society at large: all of which we can call socialism, or just one key part of American history and its ideals.

There is still much dust yet to settle. I’m hopeful that Biden/Harris will win but that would by no means be an end to the division amongst those on the left.

I wrote that on November 4th, not realizing how quickly that division would become a center of discussion.
Other takes on the election that I have valued and want to share include the voice of Naomi Klein, in “We were told Joe Biden was the ‘safe choice’. But it was risky to offer so little.” She writes, in part:

A great many people did not vote for Joe Biden, they voted against Trump, because they recognize the tremendous threat that he represents. And the fact that the movements that are behind so much of that political victory are not able to even just take a moment and feel that victory, because they are already under attack by the Democratic establishment, as it seeks once again to abdicate all responsibility for ending us in the mess that we are in, is really its own kind of a crime. People should not have to be fighting off these attacks. Alexandria Ocasio-Cortez should not have to be on Twitter all day, making the point that it is not the fault of democratic socialists that the Democratic party has underperformed in the way that it has.”

Nina Turner, a former Congresswoman from Ohio and co-chair of the Sanders 2020 run, wrote, “Working people delivered Biden his victory. Now he needs to deliver for them.”

But the result was also a warning for Biden: In the midst of overlapping national crises, his administration has a critical window to deliver for the working people and young people who got him elected. If he fails to meet the moment — if he seeks instead to return us to a “normalcy” marked by corporate handouts and extreme inequality — then the next Trump might be far more dangerous than the one we just defeated. We can see hints of this already in the way voters of color — perennially taken for granted by the Democratic Party — shifted marginally toward Trump in 2020. Though they still carried Biden to victory by a 46-point margin, the lesson is clear: The Democratic Party ignores its base at its own peril.

Alexandria Ocasio-Cortez, interviewed by Astead W. Herndon a few days after the election, “dismissed recent criticisms from some Democratic House members who have blamed the party’s left for costing them important seats. Some of the members who lost, she said, had made themselves “sitting ducks.”
She continued:

Well, I think the central one is that we aren’t in a free fall to hell anymore. But whether we’re going to pick ourselves up or not is the lingering question. We paused this precipitous descent. And the question is if and how we will build ourselves back up.

We know that race is a problem, and avoiding it is not going to solve any electoral issues. We have to actively disarm the potent influence of racism at the polls.

But we also learned that progressive policies do not hurt candidates. Every single candidate that co-sponsored Medicare for All in a swing district kept their seat. We also know that co-sponsoring the Green New Deal was not a sinker. Mike Levin was an original co-sponsor of the legislation, and he kept his seat.
…

We need to do a lot of anti-racist, deep canvassing in this country. Because if we keep losing white shares and just allowing Facebook to radicalize more and more elements of white voters and the white electorate, there’s no amount of people of color and young people that you can turn out to offset that.

But the problem is that right now, I think a lot of Dem strategy is to avoid actually working through this. Just trying to avoid poking the bear. That’s their argument with defunding police, right? To not agitate racial resentment. I don’t think that is sustainable.

Nathan Robinson in England writes in Trump should have lost in a landslide. The fact that he didn’t speaks volumes that:

Trump did not run a good campaign. He botched the first debate. He squandered his campaign cash. His messaging against Joe Biden was unfocused and often incoherent, simultaneously trying to paint him as a radical Antifa-sympathizing socialist and a corrupt corporate establishment figure. At a time when the economy was voters’ No 1 issue, Trump was focused on the emails of Biden’s ne’er-do-well son, Hunter. A campaign that presented voters with a clear and compelling alternative should have easily defeated Trump.

But Biden didn’t offer a clear and compelling alternative. He was a weak candidate from the start, so much so that even some of his allies were worried what would happen if he won the primary. Biden, like Hillary Clinton before him, represented the corporate wing of the Democratic party; he loudly defended the private health insurance industry and the fracking industry from attacks by the left. . . .

Offering a how-to-win formula, he added, “Thomas Frank, in his vital book, Listen, Liberal: Or, What Ever Happened to the Party of the People?, explains that Democrats need to get back to being a party that offers something meaningful to working people. We know that voting Republican is no indication that voters actually want the agenda the Republican party will pursue in office. Fox News polling indicates voters want universal healthcare, abortion rights and a pathway to citizenship for unauthorized immigrants. Florida voters, even as they selected Donald Trump, also opted to increase the state’s minimum wage to $15 an hour. The Democrats do not need to propose insipid half-measures when the data indicates that the public are fully on board with a progressive agenda.

There are a number of other good takes on the election and how progressives and democrats should go forward. But these are some good ones that I feel orient us in both the facts of our situation and a clear direction moving forward.

And for those needing a dose of hope in the midst of so much, the great Rebecca Solnit’s 2018 essay on climate change is worth a re-read.

And for those needing music for the journey, there’s the ever-fun Jack Johnson asking us “who’s to say what’s impossible?”

And the incredible and ernest Tracy Chapman: 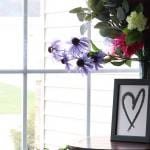 August 30, 2020
In strife and uncertainty: let us remember loving-kindness
Next Post

January 14, 2021 Standing up to Lies: Can America Emerge from Trump's Abuse and Gaslighting?
Recent Comments
0 | Leave a Comment
Browse Our Archives
get the latest from
American Buddhist Perspectives
Sign up for our newsletter
POPULAR AT PATHEOS Buddhist
1