Hong Kong, once a bustling financial hub and port city on the southern coast of China, has become a global hotspot for 2019s battles for democracy, freedom, and equality.

I first came here just over one year ago, then as a visiting instructor in Buddhist Studies for the region’s flagship university, the University of Hong Kong. I returned in the spring to join Buddhistdoor Global (BDG), an online magazine devoted to a progressive approach to contemporary Buddhist study and practice. My wife and I became Hong Kong ID Card holders, effectively residents of the city (or region), and began planning to have our first child here in the fall.

Then June happened, with one million, then two million citizens marching in the streets demanding reduced ties with China and eventually broader democracy. And July, with a spreading out of protests around the region, one of them being attacked by organized criminals with the backing of police and a local lawmaker. And August, with protesters and medics being attacked and shot at close range with bean bags and rubber bullets, mayhem in the local airport, the 7th busiest in the world, and another 1.6 million strong demonstration.

And here we are today. The reality for Beijing is that they can either crush Hong Kong, or allow dissent to go on indefinitely, as noted in this video from The Economist (below). But first, a couple quibbles. Hong Kong is not (just) a city. Look on a map and you’ll see that it’s a fairly huge area, 1,106 km² to be precise. That’s a little over a quarter of the size of Rhode Island and 25% bigger than all of New York City. I bring this up in part because we hear some exaggerated accounts of widespread violence or a shutdown of the city, which in fact only refer to small parts of the region.

We also hear about the Chinese government filling a stadium in Shenzhen with troops and armored personnel carriers, sometimes with the comment that these are 25km from Hong Kong. In fact, the Chinese paramilitary forces are about 2km from the border with the Hong Kong region.

Regarding the current situation, one thing I’ve heard a lot is that Hong Kong is unique. As Emily Lau (more about her here) says in the video below, Hong Kong has been a window to the world for China. However, as Shanghai, Shenzhen, and several other cities rise quickly and attract Western investment and interest, the utility of this special window may be waning.  Have a look:

For background, Vox has an excellent overview aimed at a younger audience of recent historical/cultural life in Hong Kong. It includes the Tiananmen square massacre, and the ongoing vigils held here (vigils which are illegal everywhere in China. But wait, as the video asks, isn’t Hong Kong already in China?).

You find here too the mention that it was the Umbrella Movement of 2014 that really awakened Hongkongers’ political interest:

Lastly, a bit more old-school, is this documentary (not sure if this is working, copy/paste into a new tab if needed) covering the history of Hong Kong, made just before the turn-over in 1997:

This should give you the background you need to understand the current situation. Yesterday saw a wave of arrests of pro-democracy leaders and the banning of today’s planned demonstration. Today protesters are again in the streets, and we can expect police to clash with them in the coming hours.

The best ongoing coverage can be found at the Hong Kong Free Press facebook page: https://www.facebook.com/hongkongfp/

Reports, drawn from a variety of news sources and translated into English, can be found here: https://www.facebook.com/hkcolumn/

SUPPORT: If you find benefit in independent coverage of Buddhism 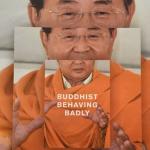 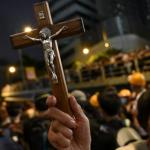 October 12, 2019 In Hong Kong, the Bodhisattvas wear Crosses
Recent Comments
0 | Leave a Comment
"https://www.theguardian.com..."
Donalbain Vaccines, Pharmaceutical Companies and the CDC
"I've read that borderline persons have a high sense of fairness and BPD is soooo ..."
steven solomon Borderline Personality Disorder and Buddhism (IV)
"I came across this site by accident, It reminded me of a story about two ..."
quacknduck Tourists: Buddha Tattoos are Taboo; as ..."
"eMudhra Limited is a certified body, licensed by the Government of India. eMudhra operates in ..."
Mycaportal Buddhism: Dzogchen and Mahamudra
Browse Our Archives
Related posts from American Buddhist Perspectives