He was a Tibetan man who found his way into a decent education.

He used his power and influence to learn some things about Buddhism and gain a following.

He used his position as a Buddhist teacher to subject students to “serious physical, sexual and emotional abuse.” (see below)

Read more about his life on Buddhistdoor here. And about his abuse here (and below):

There are varying degrees of closeness to Sogyal Lakar, with the closest relationships regularly referred to as the “inner circle”. The experiences of some of the members of the inner circle are very different from the experiences of many of those who are less close.

Not all of the allegations against Sogyal Lakar are upheld . . . but based on the evidence available to me, I am satisfied that, on the balance of probabilities:

a. some students of Sogyal Lakar . . . have been subjected to serious physical, sexual and emotional abuse by him; and

b. there were senior individuals within Rigpa who were aware of at least some of these issues and failed to address them, leaving others at risk.

We wish him well through the ripening of his karma and hope that his life, especially these last few years, serve as a good example for others who may wish to follow in his footsteps.

May his victims and all others harmed find peace in this news and beyond.

Two recent books published on Sogyal Lakhar and his organization, Rigpa, are:

Fallout: Recovering from Abuse in Tibetan Buddhism by Tahlia Newland, 2019.

Sex and Violence in Tibetan Buddhism: The Rise and Fall of Sogyal Rinpoche by Mary Finnigan and Rob Hoogendoorn, 2019.

(11:06 am EDT, minor edits made to clarify his position and to give note to the victims, who deserve greater credit and voice than they have received thus far. 11:44am edit to add books.) 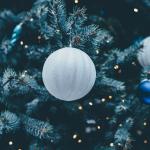 August 18, 2019
Secular vs Religious, Buddhism vs Mindfulness, and a Christmas Tree
Next Post 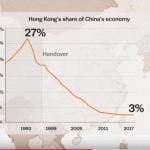 August 31, 2019 Hong Kong: Democracy, Protest, and Violence. A Primer (Videos)
Recent Comments
0 | Leave a Comment
"https://www.theguardian.com..."
Donalbain Vaccines, Pharmaceutical Companies and the CDC
"I've read that borderline persons have a high sense of fairness and BPD is soooo ..."
steven solomon Borderline Personality Disorder and Buddhism (IV)
"I came across this site by accident, It reminded me of a story about two ..."
quacknduck Tourists: Buddha Tattoos are Taboo; as ..."
"eMudhra Limited is a certified body, licensed by the Government of India. eMudhra operates in ..."
Mycaportal Buddhism: Dzogchen and Mahamudra
Browse Our Archives
Related posts from American Buddhist Perspectives