Buddhist Philosophy of Mind: what is it? Does it exist? Does Buddhism do philosophy? Or is all philosophy the kind of metaphysical speculation that the Buddha was famously silent about? The first thing we ought to do is define our terms. Buddhism is the teaching of the Buddha and of his awakened (according to tradition) disciples. Buddhism is not always internally coherent because of the many differing contexts in which the teachings are presented. As a whole though, we can say there is an overall coherence – and this sense of an overall coherence is intrinsic to the tradition(s). 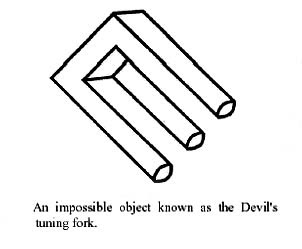 Philosophy, Greek for love of wisdom, is the search for practices and principles conducive to Truth, the Good Life, and Beauty. Philosophy flows both inductively, moving from observed facts toward general conclusions, and deductively, moving from general facts to specific truths. Philosophy is no fixed entity, but itself a tradition of inquiry spanning 2500 years in the West. And finally, Mind, for our purposes, will be defined as the subjective aspect of experience, the phenomenon of being conscious.

Is there a “Buddhist Philosophy?” I think so. D.S. Ruegg, a major figure in Buddhist studies in the 20th century, began an article in 1995 by saying, “it is surely no exaggeration to say that philosophical thinking constitutes a major component in Buddhism.” However, he cautions against importing our Anglo/Western modes of thought into Buddhism, a tradition that may not have these modes of thought itself.

One way of doing this is to engage in a dialectic, or a dialog, of positions moving back and forth – no one position being favored over the other.  One example of dialectic in Buddhism is in the teacher-student relationship: the teacher cannot be deified, because he/she cannot save the student, but his/her guidance is of great value. At the same time, the student’s experience is also of great value, but it cannot be given sole value because of the ignorance intrinsic to that experience and the play of the ego. And the work of both is to balance the teacher’s guidance with the student’s experience.

Another example is in balancing theorizing with practice. Anam Thubten Rinpoche put it wisely when he said that you cannot just get in a car in Virginia and say “I’m going to San Francisco, if you have no map or knowledge of how to get there.” He also gave the example of when he was staying in Southern France and wanted to go see the leaning tower of Pisa. A friend with a car agreed to take him and the two drove for many hours through Italy and, just after gazing out at a rather large city as they passed, Anam Thubten asked the driver how much further it would be. The driver, surprised, said, “oh, I think that might have been it.” So you might even catch a glimpse of awakening, but you won’t recognize it if you haven’t done the prior study to know what you’re looking for.

We need to understand what we’re doing and how to achieve our desired goals, but we also need the energy and effort to get there. A map alone will get you nowhere; and running around aimlessly is no better.

Next time we’ll look a bit more at the relationship between theory and practice in Buddhism and how these gave rise to a “Buddhist philosophy of Mind.”  To whet your appetite, here is a quote I plan to explore a bit more then:  From Sungtaek Cho (a contemporary Korean Buddhologist and philosopher), “from the Buddhist perspective, all philosophical speculation is based on a meditative experience, which is clearly distinguished from our daily, rational experience.”