Patheos Explore the world's faith through different perspectives on religion and spirituality! Patheos has the views of the prevalent religions and spiritualities of the world.
… and other bits from year’s end in Bodh Gaya. 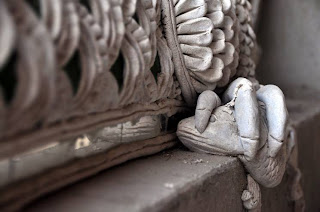 Bodh Gaya is a boom-town of sorts these days, as new temples and monasteries seem to pop up, renovate, and expand at an unimaginable rate. I’ve heard of people with building knowledge who have seen it all and they just shake their heads… If an earthquake ever hits…

Above is detail from a dragon at a new Thai temple being built just south of the MahaBodhi Stupa, called Wat Pa Buddhagaya. During my visit there were more stray dogs than people wandering about, and, I believe because a couple had puppies, they were particularly aggressive. 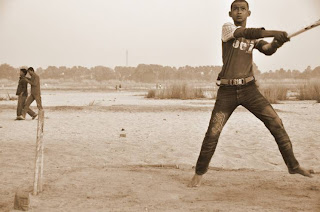 So I wandered on, through a back-alley along the south edge of the MahaBodhi Stupa to a market street frequented pretty much exclusively by locals. From there I found another narrow street that led directly to the now dry river. There I found some kids playing cricket. They invited me to join (next time…), but I just sat, chatted a bit, and snapped some action shots. 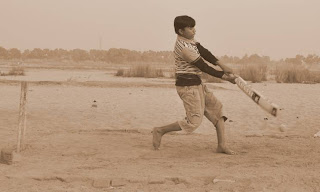 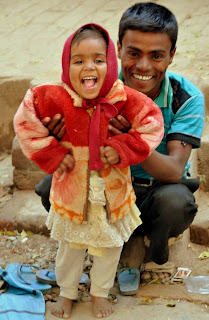 And finally, returning again to the little market, I came across this delightful little girl with the big smile. Her father, spotting me, pointed at my camera and said, “yes, picture?! Picture?” I snapped this and showed it to them on my camera, to the half-squealing delight of the little girl. The man smiled again, giving a typical Indian head-bob to one side as if to say thanks, and I -also smiling- was on my way.

It’s amazing, the little things – in this world of such convoluted worries – that can bring joy. 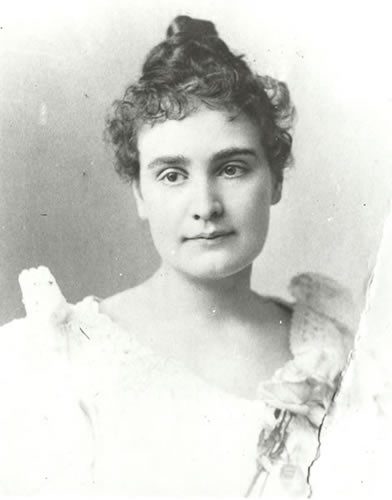