10 More Buddhist Women You Should Know

Last week, Rev. Zesho Susan O’Connell, Vice President of the San Francisco Zen Center, posted a list of 10 Buddhist Women Every Person Should Know. She began with Mahapajapati (the Buddha’s stepmother and first female Buddhist monastic), and then skips up to the 20th century and over to Western women. All of those mentioned are worth reading about and indeed should be known, not only as examples of great Buddhist women, but as simply wonderful people.

I thought a bit more could be said though, and a few more women could be added to the list. For starters, going back to Mahapajapati. True, she was the first Buddhist nun – thus establishing the longest surviving female ordination lineage. Moreso, she was a very tough woman, an exceptionally devoted stepmother, wife, and finally an amazingly courageous practitioner. We are told that she won ‘stream entry’ even as a lay follower.  When she led 500 women to seek ordination from the Buddha, he refused (*see below) and went off to the next town, but she and the others followed him. Having cut their hair and donning yellow robes and injured feet, they again requested ordination. This time Ananda interceded and the request was granted.

Soon after, Mahapajapati became fully awakened, putting her on par with the religious achievement of any man. And the Buddha deemed her to be foremost of those who had experience (rattaññūnam) (A.i.24). Her teachings drew numerous other women into the monastic life and eventual awakening as well – read more about Mahapajapati here.

For more on the early nuns, it’s always fun to read the Therigatha, or sayings of the elder sisters. For a beautiful translation of many of these verses, along with thoughtful historical and feminist discussion, see Susan Murcott’s First Buddhist Women: Poems and Stories of Awakening – (this link takes you to the new edition, with a lovely introduction by Diana Winston). 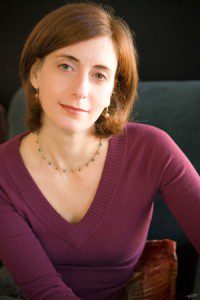 Speaking of Diana Winston – and bouncing to the 20th/21st century for a moment – here is another Buddhist woman you should know about. Having lived as a Buddhist nun in Burma for a year, Diana returned to lay life and currently is the Director of Mindfulness Education at UCLA’s Mindful Awareness Research Center (MARC), and a teacher at Spirit Rock Meditation Center. She is the author of Wide Awake: A Buddhist Guide for Teens and co-author of Fully Present: The Science, Art, and Practice of Mindfulness, with Susan Smalley. She has published many articles on mindfulness, Buddhism, and society and a number of her dharma talks can be heard/downloaded here, and some other articles of hers can be read at KillingtheBuddha.

Going back to the Therigatha, I have long been fond of #11, the poem by the nun Mutta, rendered as follows by Thanissaro Bhikkhu:

So freed! So thoroughly freed am I! —
from three crooked things set free:
from mortar, pestle,
& crooked old husband.
Having uprooted the craving that leads to becoming,
I’m set free from aging & death.

Murcott, in her discussion of this poem, suggests that muttiyā could better be rendered as “freed by means of.” The word is the present passive of mutta: freed or released. Thus the three instruments of her oppression turn out to be the very factors of her awakening. And indeed, the three things: Usukkhalena musalena and patinā khujjakena are all in the instrumental, which in English we would render ‘by’ or ‘with’ or ‘by means of’ – and not in the ablative, usually rendered with ‘from’.

So Mutta, who was born into a poorer Brahman family and married off to a crooked older man, turns the grounds of her suffering into the instruments of her liberation.

A third Buddhist woman worth knowing, and the last from my end (I’ll be counting on you to add seven more in the comments and/or by way of posts at your own blogs) is Venerable Yifa. Ven Yifa is a virtual powerhouse of contemporary dharma – A Taiwanese Buddhist nun with over thirty years of practice, trained as a lawyer, with a Ph.D from Yale. What can I tell you about Ven Yifa? Well, I’ll start by mentioning three of her most recent books: Discernment: Educating the Mind and Spirit, Authenticity: Clearing the Junk: A Buddhist Perspective, and The Tender Heart: A Buddhist Response to Suffering. She has been a pioneer in interfaith monastic dialogue, outspoken advocate of Theravadin Buddhist nuns, and leader in bringing young Westerners to both Taiwan and China to experience the culture and Buddhist practices their on the ground. (n.b. both programs are still taking applications for this summer, due April 15.) I’ve traveled with her in both programs and highly recommend them. If you’re not up for traveling half-way around the world, at least have a look at her books and a couple videos:

Please add more in the comments and/or links to blogs or other useful websites.

* The Buddha’s refusal may seem a bit perplexing at first. If women could – and eventually would – attain the same spiritual attainments as men in Buddhism, why refuse them their own order? The answer given to me early in my studies, which I still see as quite plausible, is that while the Buddha certainly went ‘against the stream’ of his society, he still knew better than to rock the boat too much (there was a saying around that time that he who raises his head up too much should have it chopped off – that is: follow your duty if you know what’s good for you). The fact that he was a bit conservative at first, but later gave in, suggests more his flexibility and humility as a teacher and less so any kind of misogyny. The fact that his female order continued, and preserved the teachings of these women in societies hostile to women likewise suggests at least  a touch of an enlightened attitude toward women.

April 5, 2012
Does studying Ethics make you more Moral?
Next Post

April 9, 2012 Charles Prebish on Tricycle and AAR's Member Spotlight
Recent Comments
0 | Leave a Comment
"https://www.theguardian.com..."
Donalbain Vaccines, Pharmaceutical Companies and the CDC
"I've read that borderline persons have a high sense of fairness and BPD is soooo ..."
steven solomon Borderline Personality Disorder and Buddhism (IV)
"I came across this site by accident, It reminded me of a story about two ..."
quacknduck Tourists: Buddha Tattoos are Taboo; as ..."
"eMudhra Limited is a certified body, licensed by the Government of India. eMudhra operates in ..."
Mycaportal Buddhism: Dzogchen and Mahamudra
Browse Our Archives
Related posts from American Buddhist Perspectives