Love is Beautiful and other Buddhist News

The photo of Taiwan’s first Buddhist same-sex wedding, posted to the Wipe-out Homophobia facebook group, has been making the rounds today. The caption reads:

Two women became the first couple to have a Buddhist same-sex wedding in Taiwan.

Fish Huang and You Ya-ting , who have been together for seven years, exchanged vows and prayer beads instead of rings at a monastery in Taoyuan, northern Taiwan, accompanied by chants from nearly 300 Buddhists.

While this is a huge moment in these two women’s lives and for those who know them, it is in a sense a small moment in terms of the great struggle for LGBTQI rights. We’ve seen many similar victories over the past several years, from Spain to Vermont, Canada, Iowa, New York, and so on.  There is a sense of momentum for the LGBTQI community and allies, but we all know how cruel conservative forces can be when the tide of history turns against them. As much as it may seem natural that people would eventually come around to fully accept and respect LGBTQI individuals, you don’t have to look far to see that racism continues long after the Civil Rights act and other -isms continue to flare up.

(more about the wedding here)

One such instance is the Islamophobia that has increased in much of the Western world after successful Al-Queda attacks of 9/11, the 7/7 attacks in London, the Madrid train bombing, and others. Muslims have also been under attack in the Theravadin Buddhist world of Sri Lanka, Thailand, and -more recently- Burma.

In response to this, Joshua Eaton, with Danny Fisher (a friend and fellow Patheos blogger) recently created An Open Letter on Islamophobia from the Buddhist Community:

As disciples of the Buddha who live in the West, we would like to take the holy month of Ramadan as an opportunity to express our growing concern about Islamophobia, both within our governments and within the Buddhist community worldwide. (read more)

That letter came under discussion, and in fact under fire, from many people on the academic discussion list Buddha-L. Do have a look for yourself.

In interesting news along the same lines, a Pakistani newspaper’s “Media Watchdog” reports that many of the images and descriptions going around social media regarding the current issue in Burma are grossly false. As the title says, “Social media is lying to you about Burma’s Muslim ‘cleansing’.” However, it does not say all such images are false or that the atrocities documented by Human Rights Watch and other NGOs aren’t happening, just that many of the images and descriptions are fabrications.

It’s easy to fall for such things. So it’s good to have diverse friends of various nerdy backgrounds to nudge you and let you know you’re being duped. Thanks to Dion Peoples, for instance, I was corrected on the recent “unreal Martian skyline” image floating around social media. And if you haven’t already, check out Bodhipaksa’s “Fake Buddha Quotes” website – great to see what you may have been duped on, some great humor, and solid explanations of early Buddhism.

On a bit ‘real-er’ note, the Olympics produced at least two (so far) good stories related to Buddhism. The first, reported by the Buddhist Channel, describes air pistol winner Kim Jang-Mi of South Korea as an avid meditator:

In Buddhism it is said that  athletic activities pull you into a natural state of mindfulness. Sport becomes a form of meditation when you engage it with your full attention. 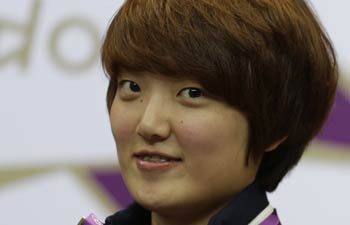 For those Buddhists who do participate in the Zen Way of Shooting Sport, most tend to prefer the pistol / handgun target shooting events and competitions due to the fact that the barrel lengths are shorter, typically there is a greater emphasis on body control, for which meditation is a great aid for better performances. (read more)

The second story also gives rise to mixed feelings: a Tibetan woman winning an Olympic medal – for China. Choeyang Kyi took third in the women’s 20k race walk competition (which, unlike tether-ball, is a an actual Olympic sport). Amidst the continued self-immolations, hunger strikes, and natural disasters facing Tibet and its people, this is surely a welcome moment for celebration – and if you know many Tibetans, you know that they’re very quick to find reasons to be happy, to celebrate, and to tell jokes and stories. So no doubt Choeyang Kyi will find herself amongst the great legends of Tibet.

August 15, 2012 Buddhism or Buddhisms? The Hegemony of Postmodern Rhetoric
Recent Comments
0 | Leave a Comment
"Well explained. Dholavira is also one of the largest site of Indus Valley civilization. It ..."
Kirti Bajaj Major Sites of the Indus Valley ..."
"Nice write up Justin."
Catalin Newport In Hong Kong, the Bodhisattvas wear ..."
"I used to idealize Tibetan Buddhism. I studied with some senior teachers from Shambhala and ..."
Metis Buddhism, patriarchy, abuse, and violence: we ..."
"its almost as if yoga can't be associated with hinduism, it's like a taboo for ..."
edl Can Western Appropriation of Buddhism, Mindfulness, ..."
Browse Our Archives
Follow Us!