The Ordination of Women in Buddhism, Old Facts & New Fables, a guest post from Eisel Mazard

One of the recurrent issues in my own writing is the misconception that “crazy theories” come from the fringes: on the contrary, in Buddhism, the craziest theories can (and often do) come from the pinnacle of prestige, influence and academic authority (sometimes from the centers of religious authority, too).  I dealt with this question generally in my (still-unpublished) lecture, “The Opposite of Buddhism”, and I discussed a (stunning) particular example in my earlier work on the “standard misinterpretation” of the 12 links of “dependent origination”.

English speakers often work from a false assumption that what is “central” is conservative and reasonable, and what is “fringe” is radical, original, creative, and more likely to be unreasonable.  That may be true of some areas of scholarship, but I can tell you (and I must warn you) that Buddhism isn’t one of them.  There is plenty of craziness at the center of the halls of power (and there isn’t much power in those halls).

Often enough, however, what academic publications provide is a certain style of obfuscation for just how crazy these theories may be.  In the case of my critique of a theory proposed by Bhikkhu Pāsādika, I honestly think that the theory was refuted simply by writing it out clearly; in other words, as soon as the obfuscation was removed, any reader could see for themselves just how far-fetched it really was.

Below is an alert that I sent out to colleagues several years ago (as an e-mail), about a genuinely crazy theory propounded on the origin of the ordination of women in Buddhism.  I’m not really offering a critique of it here, but simply (1) pointing out that the theory exists, (2) warning the reader about all of the obfuscation, and then (3) restating what the theory really is without that obfuscation.  As with Bhikkhu Pāsādika’s theory about a “materialist conspiracy” re-writing portions of the canon, I think that this “feminist conspiracy” theory is (likewise) so far-fetched that nobody could really take it seriously.  However, none of these theories come from the fringes: this stuff is all being published from the pinnacle of power and privilege, with the imprimaturs of wealthy institutions stamped onto the flyleaves. 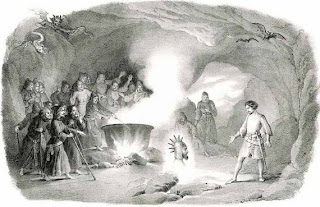 —–Begin quotation (May, 2010)—–
It would be difficult to imagine how anyone would know that an exciting new article was published by Hinuber in an obscure journal called ARIRIAB in 2007.

In fact, even if you did stumble upon the ARIRIAB website, you would not be able to guess that this article is available for download as part of ARIRIAB-11.PDF, as there’s no list of authors, and the files are scanned images (i.e., not searchable as text).  Resultantly, this is a nearly-hidden gem, and I will be so gauche as to send out a fan-club letter alerting my colleagues to its existence:

Hinuber “dramatizes” the article, by delaying the revelation of his
own thesis until the latest stage possible.  Although this approach has
its advantages, the main defect is that you get an easily readable
opening, followed by a lengthy digression into the details of K.R.
Norman’s mis-translation of a single passage from the Vinaya in the
middle portion of the essay (and, I think, there’s some joy taken in
Hinuber outdoing K.R. Norman in this respect) –alas, I think many
non-specialist readers will simply give up at this point.

However, in the last act of the drama, the article returns to subjects
of mainstream interest that deserve a broader audience than they
are likely to find (hidden away in the pages of ARIRIAB).  Partly by
sheer co-incidence (e.g., an unpublished thesis that I read some years
ago) I happened to be already familiar with most of the passages that
Hinuber draws together here, but (1) many readers will not be, and (2)
some readers will only be familiar with this stuff as re-phrased (and
indirectly alluded to) in the most evasive and obsequious terms
possible.

As suddenly as MacDuff declaring that he was born of no mortal woman,
the last act takes yet another dramatic turn (terminating in a
footnote) as Hinuber decides to take the further step of concluding
that the ordination of female Buddhist monks took place AFTER the
Buddha’s death (whereas, formerly in the article, he had merely
suggested that it took place very late in the Buddha’s life) –a
reasonably radical change in interpretation of familiar facts (and,
frankly, I wonder if Hinuber didn’t add this just to startle his
audience). 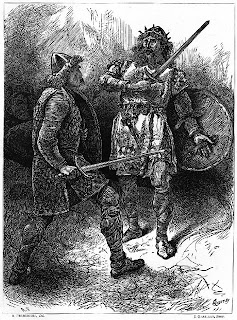 The real value of this article, for the larger number of reasons, will be that it draws together the material on the status of women during the lifetime of the Buddha without the usual evasions of what the primary source texts actually say.  In one of the very last footnotes, Hinuber draws attention to the fact that, at a minimum, the women’s ordination was neither equal to the men’s, nor simultaneous with it –nor was the women’s ordination merely a few years after the men’s.

Additionally, for those who do not already know it, the middle portion of the argument (that will be difficult for non-specialists to follow) does demonstrate (with some new examples, and some old) just how fragmentary the Vinaya now is –and how many peculiar influences (from Jainism, at least) were able to creep in (both doctrinally and linguistically) before the canon was closed.

While I am very pleased at my own sheer luck in discovering this
article, others will not be so lucky (and it would be even more
difficult to find if English were not my first language, etc.) –and
this reminds me of my long-ago proposed project to start some sort of
annual newsletter on new publications on/in Theravada Countries (so
that all scholars in related fields at least have a list, perhaps with
a few articles and illustrations to brighten it up).
—–End of quotation (May, 2010)—–

The replies I received from this notice (at the time) were very much along the lines of, “You can’t possibly be serious!” –and I then had to reiterate that this is certainly not a theory that I support myself.

From my perspective, this theory that there were zero ordained female monks during the Buddha’s lifetime, and that they were instead falsely added into the canon at a later date (as part of a “feminist conspiracy”, so to speak) is completely crazy.  It would require an absurd series of assumptions, and would undermine the same textual sources that the theory relies on to support itself as (presumed) historical evidence.  Such an interpretation would be entirely created and sustained by a series of “self-fulfilling-prophecies” of the most absurd kind (discarding evidence of female monks existing during the lifetime of the Buddha, and grossly reinterpreting other evidence, etc.).  Nevertheless, this completely crazy theory passes the highest levels of peer review, receives the highest levels of institutional support, and is supposed to be taken very seriously, etc., etc., just as with so many examples from the 19th and 20th centuries.

In contrasting the 21st century to the 19th: change is an objective fact, but “progress” is merely an ideology.

Editor’s note:  You can read more about Eisel Mazard here or visit his current blog here; the original post is here. I too heard this theory about a later starting date for the ordination of women from someone basically ‘squarely’ within Buddhist academia and my reaction was also, “you’ve got to be kidding me.” While I’m more optimistic than Eisel (I’m still in academia, after all), I would concur that there is a fair amount of the ‘bizarre’ in this little corner of the world. For anyone else exposed to this, please share this post and read the excellent paper, “Theories on the Foundation of the Nuns’ Order – A Critical Evaluation“ by Bhikkhu Analayo.  And, while you’re at it, please support this recent effort to awaken women online.

March 24, 2013
Buddhist Meditation and the Harlem Shake?
Next Post

March 28, 2013 Meditation and this Human Body: Two Recent TED Talks
Recent Comments
0 | Leave a Comment
Browse Our Archives
get the latest from
American Buddhist Perspectives
Sign up for our newsletter
POPULAR AT PATHEOS Buddhist
1