An Opera and a Musical Revive interest in Buddhism 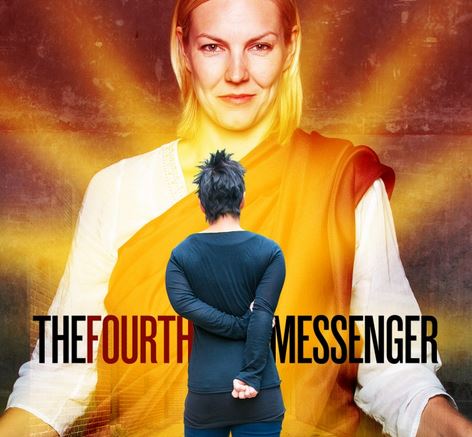 If you happened to be in Berkeley, CA between February 6 and March 10, you might have caught “The Fourth Messenger” a musical animated by the questions: What if the Buddha were a woman? What if she were alive today?

The story, “loosely inspired by the life of the historical Buddha, Siddhartha Gautama,” follows a young reporter headed to see the new spiritual leader,  known to her followers as Mama Sid, in a quest for an expose on her activities. Spiritual, spell-binding, funny high-jinks ensue – with music.

If you missed that run, but happen to be near Cardiff, Wales (as I happen to be) or Birmingham, England, there is another show headed your way: Wagner Dream (wiki).

This one takes on a somewhat darker theme, that of an unfinished Buddhist opera by the great composer Richard Wagner himself. In the story, “Wagner is dying in Venice. He will leave behind some of Western art’s greatest works. But he hasn’t finished his life’s work; he is tormented by his need to write a music drama about the Buddha.”

The opera was written by English composer Jonathan Harvey, who passed away just last December. Harvey sought to blend the stories of the end of Wagner’s life with the opera, titled Die Sieger, that was left unfinished. Wagner had become interested in Buddhism after reading Eugène Burnouf‘s 1844 Introduction to the History of Buddhism and began composing the opera in 1856, but it was never completed.

Wagner Dream, which premiered in 2007, has had the English lines from the Buddhists translated into Pali (one of, if not the first time English has been translated into Pali for the public) by Richard Gombrich, President of the Oxford Centre for Buddhist Studies. And, lucky for me, my friend and fellow Pali student Caroline Barker was hired by the Welsh National Opera to help the actors with Pali pronunciation (I hope to have an interview with her about her work and the opera in the coming weeks, and I will be seeing the show in Wales, so I’ll have a review to share not long after that).

May 16, 2013
Shinnyo-en, esoteric Japanese Buddhism for laypeople, spreading around the world
Next Post

May 21, 2013 Buddhism and Mental Illness
Recent Comments
1 Comment | Leave a Comment
"https://www.theguardian.com..."
Donalbain Vaccines, Pharmaceutical Companies and the CDC
"I've read that borderline persons have a high sense of fairness and BPD is soooo ..."
steven solomon Borderline Personality Disorder and Buddhism (IV)
"I came across this site by accident, It reminded me of a story about two ..."
quacknduck Tourists: Buddha Tattoos are Taboo; as ..."
"eMudhra Limited is a certified body, licensed by the Government of India. eMudhra operates in ..."
Mycaportal Buddhism: Dzogchen and Mahamudra
Browse Our Archives
Related posts from American Buddhist Perspectives