Jay Garfield: a Buddhist Philosopher speaks out (or howls) at fellow philosophers, academia, and perhaps the moon

Last week I came across an interview with one of the true mahātmās of the academic study of Buddhism, Jay L. Garfield, a man who has cleared – and continues to clear – the way for what we can only hope is a great deal more work to come at the intersection of philosophy, East and West.

If this photo doesn’t instill much confidence, scroll down to see the book covers of a selection of his published works. He has been working hard and very much deserves our attention.

In the interview Garfield first describes how he got into philosophy, and like many academics, it was a circuitous route. And it was only after several years as a ‘straight’ philosopher that he began to dabble into Buddhist stuff. But then things began to fall into place rather quickly.

Describing the state of the field of philosophy, Garfield is optimistic, but notes that there is still a long way to go:

People in our profession are still happy to treat Western philosophy as the “core” of the discipline, and as the umarked case. So, for instance, a course that addresses only classical Greek philosophy can be comfortably titled “Ancient Philosophy,” not “Ancient Western Philosophy,” and a course in metaphysics can be counted on to ignore all non-Western metaphysics…. It is simply irrational to ignore most of world philosophy in the pursuit of truth, and immoral to relegate any literature not written by Europeans as somehow beneath our dignity to read.

Continuing later he is asked again about the situation:

3:AM: One of the issues you raise is the ethics of approaches to intellectual and cultural traditions less powerful and less respected than the Western ones. How should we think about this?

JLG: Easy. Suppose that someone argued that the philosophical curriculum in their college could not include any texts by women, because there are just so many important books by men, and not enough time to address all of them, let alone to go on to read stuff by women, or that the faculty is not expert in women’s philosophy. He would be howled down not on the grounds that there are indeed not too many books by guys, but that given a history of sexism, it is immoral as well as irrational to ignore the contributions of women in the curriculum. But people get away with saying that their department can’t offer courses that address non-Western philosophy because they are struggling to cover the “core,” that students have so much Western philosophy to learn that they don’t have time to read the non-Western stuff, and that there are no specialists in non-Western philosophy in the department. In the wake of colonialism and in the context of racism, the only legitimate response is to howl them down.

The full interview, with countless more gems on a range of topics, can be found here.

You can also find another great discussion by Garfield, on Buddhism in the West (English) / Buddhismus im Westen (German) / html link.

Lastly, I wanted to steal/borrow/share his three top 5 book recommendation lists (which I’ll add to my ‘books’ page above as well): 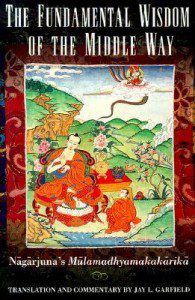 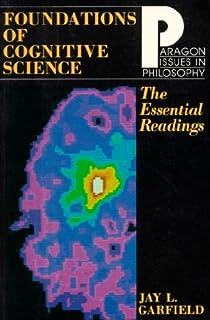 May 10, 2013
Watch Live - HH the Dalai Lama at Maitripa College in Oregon
Next Post

May 16, 2013 Shinnyo-en, esoteric Japanese Buddhism for laypeople, spreading around the world
Recent Comments
0 | Leave a Comment
"https://www.theguardian.com..."
Donalbain Vaccines, Pharmaceutical Companies and the CDC
"I've read that borderline persons have a high sense of fairness and BPD is soooo ..."
steven solomon Borderline Personality Disorder and Buddhism (IV)
"I came across this site by accident, It reminded me of a story about two ..."
quacknduck Tourists: Buddha Tattoos are Taboo; as ..."
"eMudhra Limited is a certified body, licensed by the Government of India. eMudhra operates in ..."
Mycaportal Buddhism: Dzogchen and Mahamudra
Browse Our Archives
Related posts from American Buddhist Perspectives