What does Buddhism in America Mean to You?

What does Buddhism in America Mean to You? July 1, 2013 Justin Whitaker

The story of Buddhism has always been one of adaptation and transformation. This month I am inviting a discussion about how Buddhism has adapted to and transformed America (that is, the Americas) with optional special attention to climate and climate change.

Given the ongoing heatwave in the southwestern United States and the tragic consequences of a fire in Arizona yesterday, it only seems appropriate that as we reflect on our nations and Buddhism here, that we also consider how Buddhist principles and practices can go toward solving this growing crisis.

I’ll be sending this around for the next couple days. If you have a blog and write about Buddhism in …. Canada/USA/Mexico/Brazil/etc or N. America/S. America/The Americas, drop me a comment and I’ll add the link to a round-up on Thursday (or soon thereafter). If you have some thoughts but don’t want to write a full post or don’t have a blog, send those too: what’s your take on Buddhism in …? Where is Buddhism now and where is it going?

Buddhist teachers and scholars are already talking about this. A few recent articles shed some light on what they are thinking:

Ron Purser and David Loy published an article today called “Beyond McMindfulness“ that warns of the increasing separation of Buddhist meditational methods from underlying Buddhist practice and wisdom. This stress on ‘mindfulness’ apart from religion, they say, has been great for corporate marketing:

In their branding efforts, proponents of mindfulness training usually preface their programs as being “Buddhist-inspired.” There is a certain cachet and hipness in telling neophytes that mindfulness is a legacy of Buddhism — a tradition famous for its ancient and time-tested meditation methods. But, sometimes in the same breath, consultants often assure their corporate sponsors that their particular brand of mindfulness has relinquished all ties and affiliations to its Buddhist origins.

Yet, while shedding the ‘religious’ basis of mindfulness and perhaps watering down the practice might get it to more people, it also falsifies ‘what it’s all about’, from a traditional Buddhist perspective (hint: escaping the rounds of rebirth and suffering).

While a stripped-down, secularized technique — what some critics are now calling “McMindfulness” — may make it more palatable to the corporate world, decontextualizing mindfulness from its original liberative and transformative purpose, as well as its foundation in social ethics, amounts to a Faustian bargain. Rather than applying mindfulness as a means to awaken individuals and organizations from the unwholesome roots of greed, ill will and delusion, it is usually being refashioned into a banal, therapeutic, self-help technique that can actually reinforce those roots.

Along similar lines, Lama Jampa Thaye, a Western scholar and practitioner in Tibetan traditions, yesterday wrote “We Are Not Kind Machines: A Radical Rejection of Scientific Buddhism.” He suggests that “scientific” Buddhism is just Western Materialism co-opting a few Buddhist ideas here and there and -as above- losing sight of the bigger picture that Buddhism offers. Additionally, he writes:

Materialism needs to be distinguished from science as well. While scientific discoveries continue to be made, modern philosophical materialism is in most important respects similar to the ancient Indian theories of the Charvaka or Lokayata systems, which Buddha and the great masters of his tradition knew and rejected. (So much for materialism’s cutting-edge modernity—a notion advanced to bewitch us into thinking that it’s the irresistible wave of the future.)

So there are two strikes against what we might call Stronlgy Adaptationalist Buddhism, the kind of Buddhism that seeks to give up all that is necessary in order to gain wider acceptance. These are calls for a Strongly Transformational Buddhism, a Buddhism that sticks to what has worked best for generations before in order to transform American society.

On the other side of the spectrum, in a sense, is Ethan Nichtern with a very short article on why Buddhists should not consider ourselves religions, “Losing Our Religion: Buddhism in a Post-Religious Society.” This is not a perfect case of apples to apples, though, as he is not arguing that Buddhists need to adopt science or drop ethics and wisdom and just push mindfulness practice. However, he is making what to some will be a bold claim that “I firmly believe that Buddhist meditation, philosophy and psychology should not be viewed as religious practices.” And, “I believe framing Buddhism as a religion is neither helpful nor true…”

Again, he doesn’t elaborate on what this means exactly, so perhaps we could persuade him to do a follow-up post.

So those are three articles posted in just the last day or so that might give us a starting point for where/how to think about this. Today I emailed Arun Likhati of Angry Asian Buddhist. Arun, if you don’t know, has long been a strong voice for Asian American Buddhists, a community which, while numerically equal to or larger than non-Asian American Buddhists, has nonetheless been vastly underrepresented in popular culture, print media, and scholarly work dealing with Buddhism in America (n.b. none of the four authors I included above are Asian). He kindly put me in touch with Chenxing Han, a scholar working on Asian American Buddhism (I wrote about her earlier this year here), and so hopefully I will get to hear from her or others over the next few days. 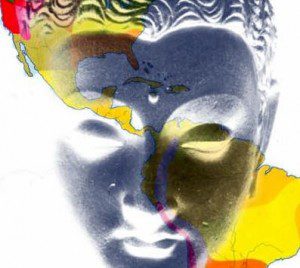 My hope it to hear from as diverse a group of people as possible and really on as many topics as people feel they want to talk about. Climate Change is one of the things I care very much about and hope others do as well, but I know that other things like the economy, racism, NSA/big gov’t, foreign wars, etc will weigh more heavily on some people’s minds.  I also can’t help but invite non-Americans (that is, Europeans, Asians, Africans, and Australians) to the discussion as well. In fact, when I first wrote about Buddhism in America for a class project back in 2001 or 2002, it was in Australia that I found the most lively discussion and best demographics on the change that had occurred there since the 1970s.

As bloggers, both authors and readers/commenters, we can be part of this discussion.

Please comment, add a link, and spread the word.

June 28, 2013
Meditation is having its moment in the West, or was that mediation?
Next Post

July 2, 2013 LA Police Officer Kills a Dog - VIDEO (warning GRAPHIC)
Recent Comments
0 | Leave a Comment
"eMudhra Limited is a certified body, licensed by the Government of India. eMudhra operates in ..."
Mycaportal Buddhism: Dzogchen and Mahamudra
"folks hav to learn the local laws wen they invade the space"
Joe Biggs Tourists: Buddha Tattoos are Taboo; as ..."
"too polite ..if folks are ignorant of local laws they hav to be brought to ..."
Joe Biggs Tourists: Buddha Tattoos are Taboo; as ..."
"Five years, a rescued street-cat from Texas (by way of Seattle). His trip to Hong ..."
Justin Whitaker Progressive responses to the 2020 election ..."
Browse Our Archives
get the latest from
American Buddhist Perspectives
Sign up for our newsletter
POPULAR AT PATHEOS Buddhist
1