The globalization of Buddhist anti-Muslim hate? From Burma’s 969 to Australia and the US

The globalization of Buddhist anti-Muslim hate? From Burma’s 969 to Australia and the US August 6, 2013 Justin Whitaker

Last month I was contacted, first on this blog and then on twitter, by someone using the name “969 Movement.” Intrigued, I contacted the individual behind the social media postings. I told the individual that I have studied Burmese history and traveled there recently and would love to conduct an interview if possible. In his response (dated July 13) he noted the following:

I politely declined and wished him well.

Should I have delved deeper? Chastised him for his ignorance? Perhaps. But I was content to see that the whole thing was just one guy, and not part of some international media campaign by the actual 969 Movement in Burma. Alicia Wittmeyer from the Foreign Policy blog also contacted him and writes, “He’s a self-proclaimed “white American national” who has no family connections to Myanmar and has never visited the country. He’s not an expert on its politics either, he tells me — which becomes clear later in our conversation when he draws a blank on the name of Aung San Suu Kyi…” Read the full story here: Meet the American Supporting Myanmar’s Controversial Pro-Buddhist Movement.

And then yesterday my friend and fellow Patheos Blogger James Ford mentioned that he too had received a comment from the 969 Movement. So, for James and anyone else that has received comments from this individual, I figured I’d post this.

When I checked the forum (linked above), I did find this (listed as an ‘inspirational video’) – Warning: hateful content against Muslims:

The creator of that video elsewhere claims to be Australian. So there we have at least one Australian and one American getting behind the banner of the Islamophic hatred of the 969 Movement. My hope is that such cases are unique, though there is reason to believe that each could gain support (the Australian man’s videos have thousands of views and many supportive comments). As my other friend and fellow Patheos Blogger Danny Fisher showed in June, there is also a tide of Buddhists and others moving against such hatred and discrimination. It is important for all of us to make known in any way, however small, that we do not support this anti-Muslim hate speech, wherever it occurs.

For a bit more background on the current crisis in Burma, here is an excellent documentary made by Al Jazeera last fall/winter:

Despite all of this, it is worth noting that the vast, vast majority of Buddhists in Burma and around the world are not Islamophobic and do not endorse policies of fear, hatred, and violence. Responding to the wave of violence against Muslims in Burma last year, I signed, along with nearly 300 other Buddhist teachers, scholars, and other leaders, An Open Letter from the Buddhist Community on Islamophobia which concluded:

In the wider Buddhist community, we ask our fellow Buddhists to refrain from using the Dharma to support nationalism, ethnic conflict, and Islamophobia. We believe that these values are antithetical to the Buddha’s teachings on loving-kindness, compassion, sympathetic joy, and equanimity.

The vast majority of Muslims the world over are peaceful, law-abiding people who share much the same dreams, hopes, and aspirations as their non-Muslim neighbors. They are our friends, our relatives, our colleagues, our neighbors, and our fellow citizens. Most importantly, they are our fellow sentient beings, all of whom, the Buddha taught, have loved and cared for us in the past. We stand with them during this holy month of Ramadan and denounce Islamophobia unequivocally.

For a ray of hope in Burma, here is a video from Shan State, where Buddhists opened their monasteries to Muslims after violence broke out in May of this year. One Muslim man in the video says, “if the attacks were based on Buddhism, then we would not have been allowed to shelter in a Buddhist monastery… No religion teaches violence.”

And guess who’s speaking out in Burma? Punks. Hell yeah! 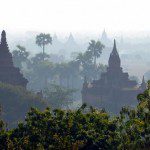 August 4, 2013
Ethnicity, Ideologies, and the unraveling of modern Burma
Next Post 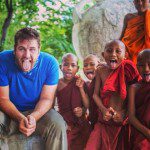 August 8, 2013 Burma (Myanmar) in HD
Recent Comments
0 | Leave a Comment
"eMudhra Limited is a certified body, licensed by the Government of India. eMudhra operates in ..."
Mycaportal Buddhism: Dzogchen and Mahamudra
"folks hav to learn the local laws wen they invade the space"
Joe Biggs Tourists: Buddha Tattoos are Taboo; as ..."
"too polite ..if folks are ignorant of local laws they hav to be brought to ..."
Joe Biggs Tourists: Buddha Tattoos are Taboo; as ..."
"Five years, a rescued street-cat from Texas (by way of Seattle). His trip to Hong ..."
Justin Whitaker Progressive responses to the 2020 election ..."
Browse Our Archives
get the latest from
American Buddhist Perspectives
Sign up for our newsletter
POPULAR AT PATHEOS Buddhist
1