Japan’s “Monks Without Borders” to take on poverty

According to the Japanese Daily Press:

A group of Buddhists in Japan have formed an organization called “Monks Without Borders,” aiming to unite different Buddhist sects in tackling global issues such as poverty. The new group is similar in name and in concept to organizations already created by doctors and reporters, and the monks recently held their inaugural meeting in the city of Kyoto.

The project has been developed by two priests from the Kyoto area: Hiroaki Nakajima, and Eryo Sugiwaka. The organization will seek to unite Buddhists from across traditions to take on a broad range of social issues. Japan, where Buddhism has been suffering both image problems and diminishing attendance, could serve as the ideal locus for organizing Buddhists from China and Korea along with those throughout S.E. Asia. While helping outside the country, it is also hoped that the effort will revitalize Japanese Buddhism.

December 15, 2013
A Father who lost his son at Sandy Hook asks Thich Nhat Hanh what could have prevented it
Next Post 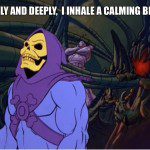 December 21, 2013 Mindfulness: Critics and Defenders
Recent Comments
0 | Leave a Comment
"https://www.theguardian.com..."
Donalbain Vaccines, Pharmaceutical Companies and the CDC
"I've read that borderline persons have a high sense of fairness and BPD is soooo ..."
steven solomon Borderline Personality Disorder and Buddhism (IV)
"I came across this site by accident, It reminded me of a story about two ..."
quacknduck Tourists: Buddha Tattoos are Taboo; as ..."
"eMudhra Limited is a certified body, licensed by the Government of India. eMudhra operates in ..."
Mycaportal Buddhism: Dzogchen and Mahamudra
Browse Our Archives
Related posts from American Buddhist Perspectives