Buddhism and Modern Psychology : week four – “What is the *you*, anyway?”

I have slipped a bit further behind this week, I’m afraid, and with some upcoming writing and travel commitments upon me the slide will likely continue.

In week four Prof. Wright covered a fair amount of ground in psychology, discussing modular theories of the mind. The modular theory is based on questions about how we make decisions, how variations in our environment might change those decisions, and how we (in both 1st and 3rd person) understand that decision making process.

He interviews Dr. Robert Kurzban, author of the dazzlingly titled, “Why Everyone (Else) Is a Hypocrite: Evolution and the Modular Mind.” Kurzban tells him that the ‘self’ he thinks he has is really more of a ‘press secretary’ than an executive officer. A lot of the decision making that is going on is actually not known to that ‘press secretary’ of a self. Experiments show that we tend to ‘explain away’ our failures, such as one in which drivers who had caused accidents were asked to self-rate themselves (very good to very bad). The results were put next to drivers with good records and all of the drivers rated themselves as above average, whether they had been in an accident of their own fault or not. Objectively, we would assume drivers would rate the person who had just caused an accident as average or below.

Similarly, studies show that people overestimate their own contribution when things go well. A study of published papers with 4 co-authors found that, when asked how much each writer contributed to the paper, participants’ answers added up to an average of 140%. On average, each author thought they did about 10% more than they actually did. And in terms of memory, another study showed that we remember the details of events that reflected favorably on us much better than events that were unfavorable. On the other hand, when the events happened to other people, the participants remembered both favorable and unfavorable events in equal detail.

There is more (see video 1). All of it points to the fact that both our decision-making and our memories are not strictly our own in terms of any singular, coherent self choosing and remembering things. It also points, interestingly, to the fact that people who may in fact be more honest about ‘not knowing’ motivations or exact pictures of the past won’t typically do as well in many situations where we want someone who is certain and confident.

The modular theory of the mind suggests that rather than having any one (certain/coherent/confident -ccc) ‘self’ running the show, there are in fact several competing ‘modules’. There may be one for facial recognition, one for hunger, social satisfaction, bodily safety, various modules for movement, various for memory, etc. These like the blades on a swiss army knife except for three things:

In the third lecture, Prof. Wright talks with Douglas T. Kenrick, Ph.D. (psychology today, ASU homepage), coauthor of “The Rational Animal: How Evolution Made Us Smarter Than We Think.” Kenrick comes up with seven key modules each with lower levels modules (giving the example of cabinet-members, with no president at the top). Further experimentation shows that manipulating which module is in control – in an admittedly crude experiment, showing a romantic vs scary movie to people – they could manipulate what ‘tagline’ people would prefer for a product advertisement.

This is common sense, right? We know that people’s moods are colored by the outside world and in turn color their life.

But it does help underscore the fact that there is no concrete ‘you’ that is going to like the same tagline, or whatever else, all of the time, which, I suppose, was a revelation to psychologists. And Prof. Wright doesn’t think ‘mood’ is an appropriate term to describe what is happening in all of the experiments, which is fair enough. This term may be too ‘folky’ – and his interview with Leda Cosmides on topics such as anger and jealousy help put emotions from the modular typology in the context of evolutionary psychology. The interview with Leda ends, most interestingly with Prof. Wright’s remark that in these cases, and likely others, “you don’t choose the module, do you? The module chooses you almost, you know?”

And Prof. Cosmides remarks, “Right, but what is the ‘you’, anyway?”

Buddha had it right all along.

Or did he? We’ll find out more in week five.

In his office hour (partially reproduced below), he takes on questions and challenges from students, addressing theories from the likes of Daniel Dennett and Gregory Bateson, Marvin Minski and David Hume. Have a look, and enjoy the proliferation of dogs: 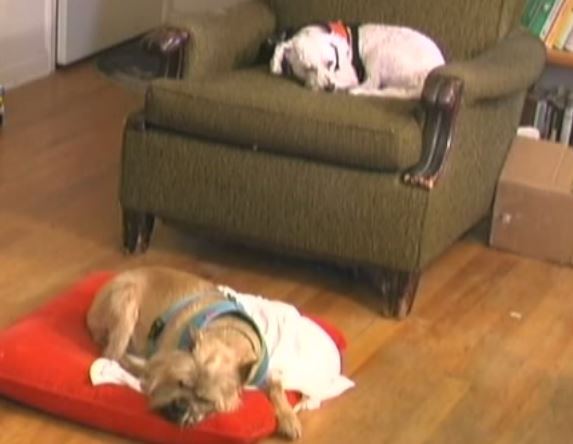 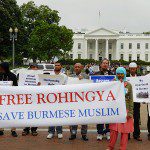 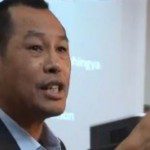 April 28, 2014 LSE Conference on the Decades of State-sponsored Destruction of Myanmar’s Rohingya - live tweets and video (UPDATED)
Recent Comments
0 | Leave a Comment
Browse Our Archives
get the latest from
American Buddhist Perspectives
Sign up for our newsletter
POPULAR AT PATHEOS Buddhist
1