Last month, when the Dalai Lama was in Oslo on the 25th anniversary of his Nobel Peace Prize, he and supporters were confronted with crowds of protesters calling him, among other things, a False Dalai Lama and a persecutor of worshippers of Dorje (or Dolgyal) Shugden, a protector deity associated with the Dalai Lama’s Geluk school of Tibetan Buddhism.

In gathering background on the situation, we looked at two prominent scholars of Tibetan Buddhism, Georges Dreyfus and Robert Thurman (who uses the term Cult to describe the group), both of whom paint a more favorable picture of the Dalai Lama than of the protesters. In fact, we found no scholars supporting the Shugden group (who refer to themselves often as Shugdenpas), as authentically facing religious persecution under the Dalai Lama or his broader influence. Followers of Shugden addressed Thurman’s article in a forum of their own here.

The group presses its claims, however, and in the wake of the protests they recently posted this video, claiming “shocking revelations from Dalai Lama’s official for Europe”:

While it’s not necessarily “shocking” it does look like Thubten Wangchen, the monk and Dalai Lama representative being interviewed, was having a hard time substantiating his claims against the Shugden group. The interviewer presses further, asking about signs in shops saying that no Shugden worshipers are to be admitted. Wangchen responds by calling the worship of Shugden a “cancer” in the Tibetan community. As he says this, the video shows an overlay claiming “this is the language of genocide.” Wangchen says it is the right of people to worship Shugden, but it is also the right of businesses to deny them service.

This does raise serious questions for religious freedom, even in the absence of an explicit “ban” on Shugden worship (a ban and ensuing ‘hit-list’ that Dorje Shugden worshippers insist exists). In the US, for instance, various minorities have had to fight for decades for equal services, from the civil rights battles of the 1960s to battles for rights to service for the LGBTQ community in recent years. And similar cases along purely “faith based” lines have made headlines in recent years as well (Bank refuses to serve Christians, Atheist refused service by N.J. notary). And Buddhists in both Burma and Sri Lanka are actively repressing, sometimes violently, people of other religions. Similar violence between Buddhist groups has a long history throughout Asia, including Tibet. And it is this sectarian fighting, ostensibly, that the Dalai Lama has sought to calm by opposing the worship of Shugden.

Speaking for at least some in the Tibetan community, Angry Tibetan Girl posted this (with an image of mostly white Shugden protesters):

The Ultimate Insult: After 300 years of colonizing, plundering and devastating the East, the White man in the West now claims they’re the victims of a homeless refugee monk who has no army nor police nor an inch of territory on which to set up a tent? If these people feel oppressed by the Dalai Lama, all they have to do is take off their robes and walk away, back to their edifice of European privilege built largely from the bricks of former colonies.

And last month Tibet House US published a book detailing the history and current situation around Shugden and the New Kadampa Tradition: 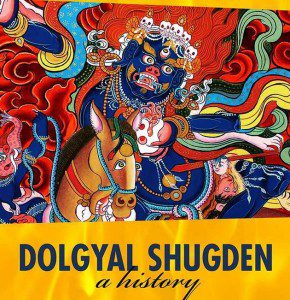 Many visitors attending public talks and teachings of the Dalai Lama have been shocked to encounter nearby crowds of angry protesters, people dressed in Tibetan Buddhist monastic robes, proclaiming the Dalai Lama to be a “liar,” “hypocrite,” “dictator,” etc., and accusing him of robbing them of their religious freedom.

Dolgyal Shugden: A History reveals with clear evidence, how these protests have been organized by a Tibetan monk, Kelsang Gyatso, and have been coordinated and populated by his followers, members of his “New Kadampa Tradition.” It also provides in depth research to show how, though the demonstrations purport to object to the Dalai Lama’s repudiation of their worship of the Dolgyal Shugden, considered by most Tibetans to be a mundane, somewhat demonic spirit, their main aim is simply to attack the Dalai Lama by damaging his reputation, in parallel with the present Chinese government’s worldwide attempts to do the same.

This book seeks to clarify the ignorance and misconceptions surrounding the Dolgyal Shugden spirit cult and its relationship with the Dalai Lamas of Tibet, and goes on to further analyze the record and development of the schismatic New Kadampa Tradition, unveiling the cultic structures and dogmas, the financial mechanisms, the international affiliations, and the driving motivations of its leadership that keep it running and expanding its missionary activities.

Shugden supporters seem to have a response of their own to the race issue: Are Buddhists Racist.com. There are also plenty of Tibetan Shugden supporters living in India (which accounts for the signs there -often in Tibetan- refusing service to Shugden worshippers).

So what might have begun as a change of practice policy as a move toward greater ecumenism has become itself a source of strife in the Tibetan Buddhist community. The issue has simmered for decades now and, if anything, is becoming more, not less, complex. Given the increasing activity on both sides, it is unlikely to die down any time soon.

Could mediation (not meditation) be effective? Are there any signs that either side wants to meet in discussion? Could Shugden be transformed into a benevolent protector, stripped of the power and willingness to protect the Geluk ‘tradition through violent means, even including the killing of its enemies’ as Dreyfus pointed out in his article? Could the Tibetan administration enforce rights to service for all customers, despite religious affiliation, wherever it has influence? 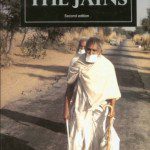 May 27, 2014
That all-too-human urge to understand the heart of things
Next Post 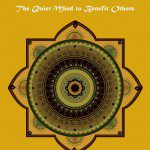