More than 300 nuns and monks convened in a Seoul temple on Thursday to participate in a prayer competition hosted by the Jogye Order, Korea’s largest Buddhist organization. While most recited traditional prayers, several brave nuns took to the stage with rap and hip hop performances.

A group of three nuns performed a variation on the classic Heart Sutra, beating on traditional drums and rapping their own lyrics: “Great wisdom, perfect wisdom. Buddha’s teachings that show you the way!”

One nun, Hye-Kang, told AFP that the alternative performance was aimed at attracting a more youthful following to Buddhism. “I wanted more young people to take an interest in Buddhism and the message of its prayers,” she said.

A senior member of the Jogye Order and one of the judges of Thursday’s event, Venerable Yin-Mook, agreed with Hye-Kang’s sentiments. “We wanted to let people, especially young people and children, know Yumbul (Buddhist prayers) can be more interesting and easier to practice than they think,” he told AFP.

A prize of three million won, or roughly $2,900, was at stake for Thursday’s competition.

This follows a small but growing trend of Western musical forms comingling with global Buddhism. Usually, however, it has been laypeople taking on Buddhist ideas (and practice) and incorporating them into their work. See, for instance,

https://www.youtube.com/watch?v=_QtlFl6n3pI
In Japan, where Buddhism has long been in decline, one monk took up this same strategy in 2010 (while others took up serving drinks to clientele including a Shinto priest):
Here is a heavily produced version of the Heart Sutra, complete with Sanskrit and English text. 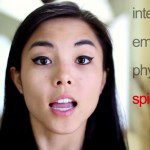 July 11, 2014
A Make-up tutorial with a surprisingly Buddhist message
Next Post 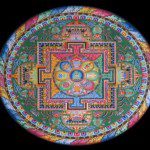 July 23, 2014 Sand castles: Buddhist advice on what holds us back in life
Recent Comments
0 | Leave a Comment
Browse Our Archives
get the latest from
American Buddhist Perspectives
Sign up for our newsletter