This month I had the pleasure of interviewing Josh Korda, a fascinating Buddhist teacher and human being who is bringing Buddhadharma out to the people through Dharma Punx in a way that is sure to be eye opening for those who are new to this particularly American brand of Buddhism. Let’s begin!

Thank you for taking the time for doing this interview and for sharing some of the topics you will be discussing in your upcoming retreat at the Garrison Institute. Two of those topics, “Sharing Our Emotions With Others” & “Being an Emotional Support” were also featured in a recent online Tricycle retreat that you led. For people who are new to your work and background, Tricycle also has some other great resources from you, including this short video where you describe your journey from young substance abuser to a Dharma Punx NYC meditation teacher. (http://www.tricycle.com/blog/against-stream) Let’s begin with the video created for the upcoming Garrison Institute retreat:

Can you say a bit about who/what Dharma Punx is?

A: Dharma Punx is a  lot of things; certainly a community of people interested in pursuing spiritual lives, based on core buddhist principles of compassion, wisdom, meditation, social interactions based on egalitarianism rather than wealth, power, status. Dharma Punx was started by Noah Levine, who brought to buddhist teaching via rigorous, honest self-disclosure based on 12-step sobriety; teachers such as Noah, Vinny Ferraro and myself focus on presenting ourselves authentically, as flawed people trying to grow spiritually, ‘warts and all’ so to speak. I’d definitely note that we grew out of the recovery movement and other communities historically underserved by buddhist centers.

Coming with that honest, ‘warts and all’ approach has brought Buddhist teachings to a whole new audience. And your upcoming retreat is open to all ages and people of all meditation backgrounds, including complete beginners. Broadly speaking, what can retreatants expect to get out of the weekend?

A: We’ll present a range of spiritual tools; a review of basic concentration and mindfulness practice, along with an introduction to external mindfulness and interpersonal spiritual practice. ‘Interpersonal awareness’ brings the focused attention of meditation to our interactions with other people. Human beings are social animals, so any liberation we experience cannot be limited to the cushion, but how we engage with others.

A: I grew up in a family where western psychology and buddhist themes were omnipresent: my mother loved Freud, constantly called attention to the presence of underlying ‘Freudian’ themes in mass culture, psychology books were everywhere on our bookshelves; my father was a practicing soto zen buddhist, who sat for many years at Peter Matthiessen’s zendo amongst other centers, and there were buddhist books everywhere as well. I can remember sitting up at night, in my teens, working my way through Philip Kapleau’s Three Pillars of Zen and Freud’s Interpretation of Dreams. I view life from both perspectives; they are forever merged in how I experience life; I’ve never read the Buddha in any mystical fashion; I see the dharma as the first profound and complete set of psychological insights. And so I’m what many would call a secular buddhist.

In fact, in listening to some of your talks I notice that you don’t use traditional Buddhist terms like duhkha, karma or klesha (kilesa) much. Instead I hear terms like boundaries, anxiety, interpersonal relationships, and avoidance. Can you say a bit about this way of teaching?

A: Ha, I’ve certainly changed a great deal over the last decade; when I started teaching Noah would note that I employed pali words everywhere; perhaps due to my deep appreciation of the dharma taught by Ajahns Sucitto, Amaro and Geoff. Over the years I’ve tried to rely less on pali words, as I teach ‘drop in’ classes where there are always people new to buddhist practice, meaning each time i use a pali word I have to stop and explain what it means; I don’t have to break up a talk if I stick to english. As far as using psychological terms, that’s a result of reading both psychology and the dharma for over 30 years.

Mindfulness teachings and what has been called the “mindfulness movement” have been extremely popular in the press over the last year or so. Do you find yourself cheering on those who are trying to perhaps “mainstream” mindfulness practices? Or do you see some problems in where some of this is going?

A: While I appreciate that mindfulness attracts many people to spiritual practice, when awareness tools are presented as a short term intervention to reduce stress in life, outside of its true home in a larger context, such as the eightfold path, its a limited tool. Yes, it reduces anxiety and stress, but if we are to experience any meaningful personal transformation, we need a path includes interpersonal ethics, right livelihood, cultivation of wise intentions, change that is supported by a variety of components. While the mindfulness movement is very helpful in institutions, such as hospitals, schools, therapeutic settings, that cannot introduce ‘religious/spiritual’ themes to present meditative and contemplative awareness practices, it doesn’t lead to the kind of personal growth I believe people need to find authentic happiness. Furthermore, when I read of mindfulness being presented in large tech companies so that programmers can spend 10 hour days coding without losing their minds, it begins to seem like something that ‘enables’ the smooth flow of commerce and capitalism, which is not particularly good news to me. Yet I know mindfulness proponents who tell anecdotal stories of lawyers being taught mindfulness, who subsequently quit meaningless corporate jobs to take up more meaningful, socially engaged employment, so, as you can see, I can’t settle on a single, easily stated view.

In the retreat, you describe engaging in dialogue and honest, interactive awareness. This is something I’ve seen more and more of in retreats in America but it’s also something of a break from tradition. Can you talk more about this aspect of your teaching?

A: Simply put, we have social minds where suffering is most painfully felt in our relations with others, as psychologists from John Bowlby, DW Winnicott, Mary Ainsworth, Allan Schore, John Gottman, Barbara Frederickson, Matthew Lieberman (and on) have aptly demonstrated; relationships must be a place of practice if we are to experience any real transformation in life. There are a number of steps to interpersonal, relational practice, such as learning how to attune, which means maintaining attention to another person, as they communicate, without preparing how to respond, staying present without defensiveness, judgment or stonewalling; how to recognize and express our emotions; how to disclose painful experiences in a sane way; how to empathize without experiencing emotion contagion.

Awesome. Thank you so much, Josh.

Josh Korda has been the presiding teacher at New York Dharmapunx for the last decade; he also teaches at Zen Care and Against the Stream. Over 320 of his podcasts can be found at dharmapunxnyc.com. 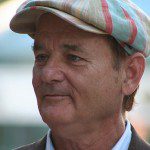 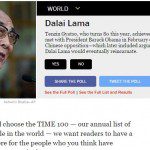 April 1, 2015 Vote for the Dalai Lama in this year's TIME 100
Recent Comments
0 | Leave a Comment
"https://www.theguardian.com..."
Donalbain Vaccines, Pharmaceutical Companies and the CDC
"I've read that borderline persons have a high sense of fairness and BPD is soooo ..."
steven solomon Borderline Personality Disorder and Buddhism (IV)
"I came across this site by accident, It reminded me of a story about two ..."
quacknduck Tourists: Buddha Tattoos are Taboo; as ..."
"eMudhra Limited is a certified body, licensed by the Government of India. eMudhra operates in ..."
Mycaportal Buddhism: Dzogchen and Mahamudra
Browse Our Archives
Related posts from American Buddhist Perspectives