Mes Aynak (meaning “little copper well”) is a desert region 25 kilometers southeast of Kabul. It is an enormous archaeological treasure trove 400,000 square feet in size. Found there are an ancient Buddhist monastery complex, extensive wall frescos, massive devotional temples, and more than 200 life-sized Buddha statues. It is a discovery of immense global importance. Mes Aynak is also home to the second largest copper reserve in the world. Directly beneath the Buddhist site are mineral deposits worth an estimated $100 billion. The fate of the ancient Buddhist artifacts hangs in the balance as the Chinese begin planning their destructive open-pit style copper mine.

Under immense international pressure, in early 2009 the Chinese company gave archaeologists three years to excavate and move the artifacts before the copper mine gets underway. But with extremely limited resources, the dedicated archaeologists have made little progress. “We have only discovered the tip of the iceberg, a mere 10% of the site,” says French specialist Philippe Marquis, who believes this could easily be a thirty-year excavation project.

Filmmaker Brent E. Huffman is a documentary filmmaker and assistant professor at the Medill School of Journalism at Northwestern University. Daniel Clarkson Fisher is an essayist, cultural critic, and literary journalist currently working towards a Certificate in Documentary Arts (with a concentration in literary nonfiction) at the Center for Documentary Studies at Duke University. For more information about Saving Mes Aynak, see the website www.savingmesaynak.com. 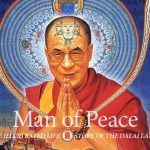 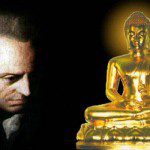 June 11, 2015 The philosopher Kant might have been skeptical of modern Mindfulness
Recent Comments
0 | Leave a Comment
Browse Our Archives
get the latest from
American Buddhist Perspectives
Sign up for our newsletter