In a meeting hosted by the Pontifical Council for Inter-religious Dialogue and the United States Conference of Catholic Bishops this week, the Pope today met with around fifty Buddhists from America:

A dialogue between Catholic and Buddhist religious and social action leaders began today at the Vatican. Pope Francis stopped by the meeting and Cardinal Jean Louis Tauron gave a welcoming address.

The Pope then made some brief remarks that were translated to English as he spoke:

This is a visit of fraternity of dialogue and of friendship. And this is good.

In this moment which is wounded by wars and hatred these small gestures are seeds of peace and fraternity.

I really thank you for this.

And may God bless you.

The Pope both then gave and received gifts and blessings from the Buddhists. As the video commentary notes, “In the past, dialogues between the two religious groups focused on mutual understanding. However, in this meeting the focus was on how they can work together to address social problems.”

“Pope Francis clearly enjoyed the event, as he was beaming on the way out of the meeting.”

For me this is a very welcome event and I hope it bears fruits in both action on the ground and connections and more “mutual understanding” so that future collaborations can grow and flourish. I wonder what my friends at the Patheos Catholic Channel make of this? 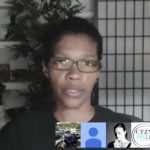 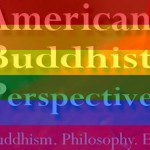 June 27, 2015 Celebrating same-sex marriage in Buddhism
Recent Comments
0 | Leave a Comment
"https://www.theguardian.com..."
Donalbain Vaccines, Pharmaceutical Companies and the CDC
"I've read that borderline persons have a high sense of fairness and BPD is soooo ..."
steven solomon Borderline Personality Disorder and Buddhism (IV)
"I came across this site by accident, It reminded me of a story about two ..."
quacknduck Tourists: Buddha Tattoos are Taboo; as ..."
"eMudhra Limited is a certified body, licensed by the Government of India. eMudhra operates in ..."
Mycaportal Buddhism: Dzogchen and Mahamudra
Browse Our Archives
Related posts from American Buddhist Perspectives

The Suffering of Covid-19
One night while I was teaching my Dhammapada class for the Rime...
view all Buddhist blogs
What Are Your Thoughts?leave a comment