Influence and Originality in the Buddhist tradition

It has become fashionable these days, in both academic and more popular writing, to describe recent developments in Buddhist thought and practice as being influenced by certain Western trends. The most common and broad trend applied is “Protestantism.” The idea here is that in the face of colonial powers, from roughly the 18th century give or take and speeding up into the 19th and early 20th, Asian Buddhists have altered their traditions to be more like Protestant Christians.

There are good and careful accounts of this occurring and I agree with Richard Gombrich who uses the term, “because it has so many illuminating implications.” (Theravada Buddhism, p. 172) However, one can also mistakenly, and with perhaps a sort of neo-colonialist tone, overstate the case and claim that many of the adaptations and developments of Modern Buddhism completely owe themselves to prior Western ideas. I was reminded of this recently when reading about another era in the Buddhist tradition, the development of the Tathāgatagarbha (Buddha nature) doctrine in Indian Buddhism.

Put simply, the Buddha nature doctrine put forth the idea of an essential and permanent aspect or quality of human beings; and it is this very quality which allows for awakening. Since the Buddha had taught universal impermanence (anicca / anitya) and no-self (anattā / anātman) and this had been expanded in the notion of the universal emptiness of all phenomena, any idea of something permanent in people might have rightly been considered foreign to Buddhism.

It is tempting to speak of ‘Hindu inﬂuence’ on Buddhism at this point, but simply to talk of inﬂuences is almost always too easy. One tradition will only ever inﬂuence another if the tradition which is inﬂuenced is capable of making sense of the inﬂuences in terms of its own tradition. The inﬂuenced tradition is already halfway there. There is never at that time a complete change of direction. There was already within Buddhism a long tradition of positive language about nirvāna and the Buddha, relating this to an experiential core found within meditation. Having said that, of course the Mahāparinirvāna Sūtra itself admits wider Indian and Brāhmanic inﬂuence in a sense when it refers to the Buddha using the term ‘Self’ in order to win over non-Buddhist ascetics. Nevertheless, it would be wrong to think in particular of the transcendental Self-Brahman of Advaita Vedānta as inﬂuencing Buddhism at this point. (Mahayana Buddhism, p. 109)

We could have looked at just the first half of this quote, but the second half is important in noting at least some influence in the form of language adapted from outside Buddhism by the Buddhist author(s).

Replacing ‘Hindu’ with ‘Western’ or ‘Protestant’ in the first line could lead down many fruitful tracks. This way we note the feature that seems new in the tradition and, instead of dismissing it as non-traditional or claiming it comes from the outside (again with the possible air of claiming superiority of this outside influence), we ask instead how individuals within the tradition create and justify this feature based on prior ideas.

An example that comes easily to mind (as the book is on hand) is the idea of individualism. There are certain trends in Western thought, originating in Hegel and carried on by Charles Taylor, that would claim that the very notion of individualism is rather recent and built upon certain social and cultural structures that just didn’t exist in, say, 5th century B.C. India. This is where the neo-colonialism often sneaks in, as claims are made that certain ideas could only come from the more advanced West.

Richard Gombrich notes the connection between individualism and egalitarianism in Protestantism and early Buddhism thus:

Religious individualism – which we have tended to dub ‘Protestantism’ – does to some extent imply religious egalitarianism. Certainly for the Christian Protestants it carried that implication. It carried it for the early Buddhists too, in that they believed all human beings to share the capacity for spiritual progress. (Theravada Buddhism, p. 192)

Thus in discussing a major change in the Buddhist tradition, here in the life and work of the Sri Lankan Buddhist Anagarika Dharmapāla, Gombrich rightly notes historical precedent within Buddhism, while also discussing how the outside influences helped drive change.  To restate Williams, “The inﬂuenced tradition is already halfway there. There is never at that time a complete change of direction.”

This is, to borrow Buddhist language, a necessary Middle Way between extremes of claiming “Buddhism always had such and such ideas” and dismissively holding that “This is new to Buddhism, not part of the tradition at all.”

Buddhist tradition is a wide river, with many currents. 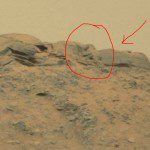 October 18, 2015
"Buddha" on Mars and other bizarre Martian theories
Next Post

October 26, 2015 Thich Nhat Hanh on an autumn leaf: life, death, continuation
Recent Comments
0 | Leave a Comment
"https://www.theguardian.com..."
Donalbain Vaccines, Pharmaceutical Companies and the CDC
"I've read that borderline persons have a high sense of fairness and BPD is soooo ..."
steven solomon Borderline Personality Disorder and Buddhism (IV)
"I came across this site by accident, It reminded me of a story about two ..."
quacknduck Tourists: Buddha Tattoos are Taboo; as ..."
"eMudhra Limited is a certified body, licensed by the Government of India. eMudhra operates in ..."
Mycaportal Buddhism: Dzogchen and Mahamudra
Browse Our Archives
Related posts from American Buddhist Perspectives