Buddha’s advice on wilderness and living in the present moment in nature April 24, 2016 Justin Whitaker

“The West of which I speak is but another name for the Wild; and what I have been preparing to say is, that in Wildness is the preservation of the world.”
– Henry David Thoreau, “Walking” (emphasis added)

In this sentiment, Thoreau, who was influenced by the Indian philosophy trickling into the Euro-American mindset of his time, echoes the Buddha’s words about life in the forest (Pali arañña). Much scholarly ink has been spilled on Buddhism and the environment. An excellent starting point here is Damien Keown’s Very Short Introduction to Buddhist Ethics. There, Keown notes some of the early passages that support a pro-nature/pro-animal attitude, including the 1st precept, which advocates non-harming toward all living beings. However, early Buddhist thought is wide and complex, and to overlook the contexts and complexities in order to only see one’s own favored teachings does both Buddhism and the reader a disservice. And, as Buddhism is a 2500 year-old religion with many developments, one must expect shifts in thought over time.

But in this particular text we find a fairly obvious praise of a kind of life in nature.

The text is called the Discourse on The Forest (or Wilderness), the Arañña Sutta (SN 1.10). And in the discourse the Buddha is met with a deva, or divine being, who asks “Those living in the forest, tranquil and of pure life, eating only one meal a day: how is it they appear so radiant?”

The Buddha’s response found its way to me today on the American Buddhist Perspectives facebook page (celebrating 2000 likes today, with gratitude!), shared by the Indiana Buddhist Temple:

The secret of health for both mind and body is not to mourn for the past, worry about the future, or anticipate troubles, but to live in the present moment wisely and earnestly.

“For the past they do not mourn, nor for the future pine; they are nourished by the present, so does their colour shine.”

“In pining for the future, or over the past forlorn, by this do fools wither up, just as green reeds once shorn.”

There is undoubtedly something special about time in nature, where one is surrounded by the unfamiliar in every moment, a certain aliveness enveloping you. Growing up and living again in Montana it’s easy to take that feeling for granted. It’s described by avid outdoors-people as an instant shot of joy, a humbling experience, a de-centering of the self as one’s past and future worries melt away.

Of course, Wilderness alone is not the answer; certainly not in Buddhism at least. The key to really building on and maintaining these experiences is the meditation the forest-dwellers would have been engaging in. It is with meditation that one unravels and releases the thick cord of the past -as was well-depicted in Dan Woo’s recent guest post– and it is with meditation that one develops the autonomy to choose a more mindful and open presence in life, whether in the forest or home with a spastic puppy, in the boardroom or in a dentist’s chair. 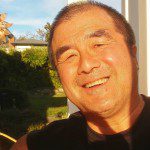 April 23, 2016
The Souse Family and Buddhism's Fifth Precept
Next Post 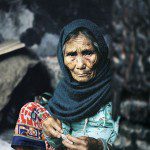 April 25, 2016 5 Lessons from the Nepal Earthquake for the Japan and Ecuador Disasters
Recent Comments
0 | Leave a Comment
"folks hav to learn the local laws wen they invade the space"
Joe Biggs Tourists: Buddha Tattoos are Taboo; as ..."
"too polite ..if folks are ignorant of local laws they hav to be brought to ..."
Joe Biggs Tourists: Buddha Tattoos are Taboo; as ..."
"Five years, a rescued street-cat from Texas (by way of Seattle). His trip to Hong ..."
Justin Whitaker Progressive responses to the 2020 election ..."
"Big move. How old is your cat?"
Brian Lang Progressive responses to the 2020 election ..."
Browse Our Archives
get the latest from
American Buddhist Perspectives
Sign up for our newsletter
POPULAR AT PATHEOS Buddhist
1