Years ago, a Buddhist teacher of mine told me that “you don’t own stuff. The stuff owns you.”

Every thing you have costs you an attention tax, a worry tax, eventually a loss tax, as you waste precious energy on the objects around you that could be used in activities and in caring for people and the world.

As I wrote about my recent time in the desert, there is a kind of simplicity developed there that makes clear the great cost of having so much stuff. That cost is contentment.

Minimalism, inspired by Zen (Buddhist) philosophy, is on the rise in Japan.

As Naoki Numahata explains in the video, minimalism can be expanded to movement and quietness: “My movement becomes more graceful and pleasant, something like what you’d learn at a tea ceremony or flower arrangement class. I think these things are all connected.” 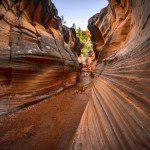 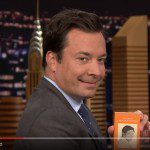 Training in Kindness
“Each moment of cultivating the psychological gesture of kindness rather than the...
view all Buddhist blogs
What Are Your Thoughts?leave a comment