Mindfulness – not just a technique!

In the West, mindfulness is often presented as just a technique, and widely claimed to be secularized by Western experts.

Where and how did such a perspective emerge? How is this different from the claims in the Eastern Wisdom traditions which have a long proven track record in mindfulness meditation – beyond just being a technique?

You have to go back to 16-17 century Europe where Copernicus and Galileo were up against the all-powerful and all-knowing Catholic Church. The Church was based on a set of Beliefs as per the bible and interpretations by the Pope and could not be questioned nor investigated. There was no space to challenge God’s words. If you did, it cost you your career, money or even your life.

To create space for scientific research and scientists, the concept of “secularism” emerged. Secularism created space for scientists to investigate, carry out research, propose new hypothesis, and argue new theories — but only of the material world. For example, it was the brilliant model of a fragmented body-mind-emotions-soul proposed by Rene Descartes that allowed scientists to dissect the human body and this create a new medical science. The rise of secularism and science led them to classify Christianity as set of beliefs and rituals – all based on blind faith and which could not be investigated nor verified by scientific methods and theories. It was this same set of lens that Westerners then used to label Eastern wisdom traditions as a set of beliefs and rituals – all based on faith. Until very recently, Western scientists had failed to see and understand that Eastern traditions were actually based on a set of practices that could be tested and verified – not just a set of beliefs.

So, fast forward to the 21st century. Western scientists without a direct experience of meditation according to Eastern Wisdom traditions continue to cling to the mistaken view of yoga and meditation as belonging to religions of the East. In essence they still think such practices emerge from a set of Eastern Beliefs based on blind faith and which cannot be verified. With this view, they then go on to claim that they have secularized mindfulness – a key to making it acceptable and digest-able by the vast majority of Western consumers. So, by promoting secular mindfulness as a standalone technique without any ties Eastern religion it has enabled mindfulness to be more widely accepted in the West.

However, the reality is the the fundamental concepts and techniques of mindfulness as currently taught in the West is not different from what is taught in the Eastern traditions. Just changing the language does not make it secular. But, of course, Western media and the public have already bought into this fundamentally flawed label of mindfulness as a secular technique aimed at stress management, becoming more calm, a better leader, etc. Given the cultural, legal and political context in the US, in particular, any linkages to Eastern religion, if proven in the court of law, could ban mindfulness from being taught in schools, and possibly from mental health therapy.

In a capitalist, consumer based society, increasing customers and sales revenue is essential to be called a success. So, mindfulness today is promoted as a STANDALONE technique to reduce stress, become more focused and improve your effectiveness.

What is often not publicly acknowledged in the West, is that the word “mind” or of awareness and consciousness is still not defined, least of all accepted by scientists yet we talk as if there is a common meaning of mind. Medical science still accepts and practices the 300-year old superstition of Rene Descartes fragmenting the mind-emotions and body – despite the evidence. How to break this superstition so widely promoted by white coated experts and the pharma-medical complex? How to break the monopoly of those Western experts on the nature and meaning of mindfulness – when their lens is colored by a biased view of Eastern Wisdom traditions as being just a set of beliefs and rituals?

Western scientists have begun to delve into the nature of awareness, consciousness and hence nature of self – which they can no longer pretend is just a set of Eastern Beliefs. There seems to be a growing recognition that these topics are central to mental health and to science in general.

In the Eastern wisdom traditions, mindfulness is the foundation for a larger set of practices and way of living that is directly connected with ethics, kindness, positive emotional habits and hence can be very perturbing and challenging. In essence, mindfulness meditation is not just a technique or tool; rather mindfulness has been part of a secular set of practices to transform our patterns of thinking-feeling-behaving to realize one’s true potential as a human being. 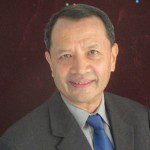 Ravi Pradhan is an entrepreneur, organizational consultant, management trainer/coach, and social-change agent currently based in Bangkok. He has studied and practiced under numerous Buddhist teachers starting in 1981. His work has spanned several fields, including management consulting and social development. He has recently signed a collaborative agreement with the Boulder/US based non-profit called Passageworks Institute (http://passageworks.org/) to develop certified master trainers in Asia – who can in turn train teachers at a more reasonable fee. Called SMART ASIA it is a mindfulness based EQ training. The first course is schedule for 2017. More writing from Ravi can be found at Levekunst: “Mindfulness & Growing Pains” and “Hacking the self.“ 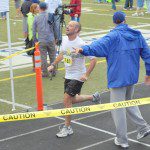 August 15, 2016
For the love of running and mindfulness (my ON BEING interview)
Next Post 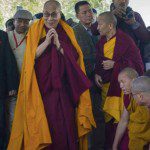 August 17, 2016 The Dalai Lama's Doctor - Buddhist advice on Forgiveness
Recent Comments
0 | Leave a Comment
Browse Our Archives
get the latest from
American Buddhist Perspectives
Sign up for our newsletter
POPULAR AT PATHEOS Buddhist
1