60 Years of the Indian Buddhist Revival

On October 11, 1956 the leader of India’s “untouchable” community stood before 400,000 of his followers in the city of Nagpur and led them in a mass conversion to Buddhism.  Dr. Bhimrao Ambedkar had tried for decades to reform Indian society and end caste discrimination using legal and political tools, but he had come to the conclusion that the only hope for his oppressed people was to embrace a religion that denied caste and celebrated personal freedom and social justice.

Sixty years later the movement that he started has spread and deepened in India, and millions of people now identify as Buddhists – one of the most significant developments in recent Buddhist history.  They have established retreat centers, temples, neighborhood centers and a variety of social welfare programs and schools.  Despite being a movement of poor people without access to resources, their example of socially engaged Buddhism is drawing increasing interest from human rights activists and Buddhists around the world.

To mark the 60th anniversary of the 1956 mass conversion some 200 Buddhist scholars, activists and monastics from around the world recently gathered in Nagpur for a four-day conference on Social Engagement and Liberation.  The conference was an opportunity to explore the ideas behind the Indian Buddhist renaissance and share experiences of Buddhist-led social movements outside India.

Jetsuma Tenzin Palmo, one of the key presenters, spoke of her appreciation for the new Indian Buddhists.  “People should know about Dr. Ambedkar and the great movement he started.  He saw that oppression can be overcome if we are empowered by our sense of innate self-worth.  This is a movement – not just a few people.  It’s like a tidal wave.”

The sense of a “tidal wave” was very clear on the evening of the first night of the conference.  Each year in October a million Buddhists and followers of Dr. Ambedkar come to Nagpur and gather in the Diksha Bhumi grounds, where the conversions first began.  It is a festive affair, and local Buddhist groups organize free food and drink for the visitors, most of whom have to sleep on the ground.

Participants from the Conference visited the festival and were warmly greeted as they entered the great stupa honoring Ambedkar at the center of the park.  Outside the stupa young people cheered and chanted “Jai Bhim” – “Victory to Ambedkar.”  As Tenzin Palmo noted, “Everybody was happy, and they were coming together to honor their leader and show their appreciation of the Dharma.  It was very beautiful.”

Ambedkar’s commitment to a Buddhist revival in India came about as a response to thousands of years of caste discrimination against the ‘low-caste’ and ‘untouchable’ people that make up a majority of the population.  Casteism is arguably the most pervasive and entrenched system of social oppression in the world today.  Indian society is divided into thousands of communities according to a system of ‘graded inequality’ that stigmatizes people for life and results in the degradation and oppression of hundreds of millions of people.  Casteism and ‘untouchability’ are woven into the fabric of society, including government, politics, religion, and social and economic life. Casteism is so well-established that it is accepted as the natural order, even by the people who suffer most cruelly under it.

Members of the oppressed communities commonly view themselves as inferior and impure, and consequently they are unable to take action to improve their situation.  Because of casteism, millions of people are the victims of economic exploitation, discrimination and social isolation.  They have little access to education, health care, adequate housing or jobs, and they frequently experience violence, including torture, rape and murder.

His confidence in the Dharma as a powerful force for social good was shared by the international representatives that participated in the Social Engagement and Liberation conference.  Master Ren Da (China,) Ven. Pomnyun Sunim (Korea,) Ven. Chao-Hwei Bhikkuni (Taiwan,) Alan Senauke (US,) Dr. Harsha Navaratne (Sri Lanka,) Sulak Sivaraksa (Thailand,) Dharmachari Subhuti (UK) and Jetsuma Tenzin Palmo (India) were among the speakers who discussed how the Dharma can, through peaceful means, empower people, break down barriers and reform government.

At the end of the meeting there was a very positive sense of appreciation for the legacy of Dr. Ambedkar and the altruistic work of Buddhists in many countries.  From monasteries with solar power in China to non-violent engagement with ultra-nationalists in Myanmar, and from efforts for gender equality in the Chinese sangha to local economic development in Sri Lanka, there was a strong sense that the Buddha’s Dharma can transform both individuals and societies. 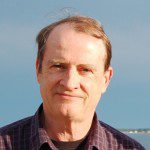 David Viradhamma Creighton is ordained in the Triratna Buddhist Community and is the Director of DharmaJiva, a non-profit that works to increase awareness of the Buddhist Revival in India.  A graduate of Harvard and the University of California at Berkeley, he has been traveling to India regularly since 1994. 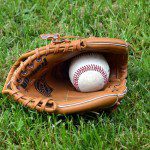 October 21, 2016
With 108 Years since their last title, the Cubs become Buddhism's team
Next Post 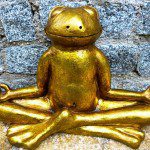 October 26, 2016 4 Myths about Meditation
Recent Comments
0 | Leave a Comment
"https://www.theguardian.com..."
Donalbain Vaccines, Pharmaceutical Companies and the CDC
"I've read that borderline persons have a high sense of fairness and BPD is soooo ..."
steven solomon Borderline Personality Disorder and Buddhism (IV)
"I came across this site by accident, It reminded me of a story about two ..."
quacknduck Tourists: Buddha Tattoos are Taboo; as ..."
"eMudhra Limited is a certified body, licensed by the Government of India. eMudhra operates in ..."
Mycaportal Buddhism: Dzogchen and Mahamudra
Browse Our Archives
Related posts from American Buddhist Perspectives