This will be our final survey of readers’ political preferences with a long and winding road behind us. I, for one, was first introduced to a number of third-party candidates through write-ins on the poll and was exposed to a number of perspectives I otherwise would never have seen. I found out that polling is a fairly costly and time-intensive enterprise if it is to be done scientifically, and while NBC/Survey-monkey seems to have found a way to crunch their huge numbers into an acceptable format, complete with a slim margin of error, no such contortions would be possible here.

So the polls here could at best be seen as suggestive of those who read this blog and perhaps their circle of friends and maybe a few others as these things diffuse out into the social media world.

This month we’ve added a few hypotheticals, including reintroducing well-known primary candidates to square off against Trump and Clinton. Would a Jeb Bush vs Clinton election turn out radically different? How about a Bernie Sanders vs Trump?

Or, “In a hypothetical three-way race with Bernie Sanders as a Green Party candidate, who would you support?”

Other than that, all of the usual questions remain. As always, please spread the word (social media links below).

If you have difficulty seeing the form above, click here https://goo.gl/forms/hrlEWa51DuljH6ZH2

The form will be active through November 8 and results will be announced November 9. 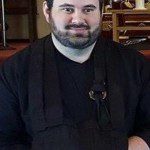 October 31, 2016
A Buddhist Prospective US Army Chaplain Candidate on the election
Next Post 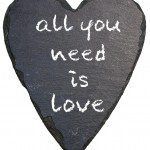 November 4, 2016 A Buddhist pause in the election madness: A Quick Guide to Loving-Kindness Meditation
Recent Comments
0 | Leave a Comment
Browse Our Archives
Follow Us!