Well, we certainly do live in interesting times, don’t we? One truth that has been exposed by the recent election is the chasm that has opened up in the American electorate. Some hoped that after Nov 8 that divide would be closed and we could go back to life as usual. That hasn’t happened.

I wrote just before the election on this topic, but was reminded of it today so I’ll send it out again, minus the pre-election thoughts.

Now the vote is behind us. Political leadership is in transition. We hope for peace ahead.

But peace won’t come in simply waiting out the next 4 years. It comes from within. Odd as it may sound, this is a brilliant time to develop loving-kindness, compassion, sympathetic joy, and equanimity – the Buddha’s four “Divine Abodes.”

The four divine abodes can be understood in terms of attitudes that a parent might have for a child.

As citizens we head into the coming days hoping to achieve some state of equanimity with the political world we have co-shaped. We are not completely separate from it, but we also will have little to do on a national level.

This election cycle has reached its maturity. If we have been attentive participants in the democracy we have already supported a candidate or candidates who embodied our own visions of loving-kindness; we have watched on with compassion toward that candidate’s highs and lows, and we have felt sympathetic joy as the candidate moved forward in the political process. Have no doubt, we shaped the process as much as a parent does a child, and the resulting candidates and now President-Elect Trump are a reflection of our national character and choices.

But now, do not disengage.

Either way things go, the nation lives on and we are called to continue our work. If we are lost in an exalted state of joy in Trump’s victory, we will be blind to the suffering of those who feel disenfranchised by the racist, xenophobic, misogynist, etc. elements of his campaign and his supporters. We need solidarity, with people across the political spectrum, in fighting hate and violence in all forms that arise.

If we cling to our support for Clinton, we miss an opportunity to see and hear those who truly felt disaffected by “politics as usual.” We cannot be blind to those very often white and male voices of hurt and anger out there. We cannot simply ignore them. If we are lost in despair in the case of a Trump victory, we also cannot act in the grassroots and local efforts that will be needed to ensure a survivable four years ahead.

But, as I wrote before, be kind with yourself first.

If you are a leftist wishing for a strong Socialist, Green, or Progressive Democratic candidate in four or eight years, now is the time to start doing something about it on the ground. Now is also a good time to educate yourself more on Trump’s plans and potential to enact them.

As Simona Aimar and David Egan wrote for the Times Higher Ed, blame seems to be the name of the game today:

There are accusations directed towards uneducated white people, white women, Bernie Sanders and his supporters, liberals and even Hispanic voters– to give some examples.

But scapegoating seems to be precisely the kind of reasoning that won Trump the election – and, not long ago, won the Brexit referendum for the Leave campaign. As much as promoting a divisive and angry community paved the way for Trump’s success, looking for people to blame for the elections is likely to provide a breeding ground for strengthening “Trumpism” still further. How can we move towards constructive goals?

Their wise suggestion is toward philosophy. Not the kind of elite, top-down philosophy found in many institutions of higher learning today, but a kind of dialogue that presses both speakers to examine themselves and their beliefs. I’ve written before about Buddhist practice as philosophy in just this sense. Meditation forces us to see our most deeply-held beliefs as just beliefs – not denying their reality, but also not reifying them into the rigid us vs them thinking that we see so clearly today.

The first step in learning is accepting that we don’t know everything already. The first step in hearing others is accepting that we may have things to learn from them. The four teachings on Buddhist meditation: loving-kindness, compassion, sympathetic joy, and equanimity, are tools for us to start within so that we can be more skillful in our learning and our listening.

Our post election loving-kindness can start now. Listen to those angry voices – those within and without. True loving-kindness excludes none, even opposing political candidates. The KKK, the racists, the womanizers, the war-mongers, the ultra-wealthy, and the tax dodgers, all are individuals wishing to be happy. They are members of our community, sometimes our family, and certainly our nation. We need to hear them, to break down the barriers between all beings.

The world suffers. But most men have their eyes and ears closed. They do not see the unbroken stream of tears flowing through life; they do not hear the cry of distress continually pervading the world. Their own little grief or joy bars their sight, deafens their ears. Bound by selfishness, their hearts turn stiff and narrow. – On Compassion, Ven Nyanaponika

Let us not be stiff and narrow now. Win or lose, think of others. Think even of those who are happy but act with deluded minds, creating their own future suffering.

We can vow now to have genuine sympathetic joy for those who won. This may be difficult, but nobody ever said meditation was easy. This is a cultivation. We may also have sympathetic joy for those defeated. The campaign trail is no doubt exhausting and we have all seen the way the presidency ages people. Much work has been put in by people on both sides and all deserve our sympathetic joy for their efforts. This doesn’t mean we agree with any lies or harmful words, any backroom deals or immoral collusion, any kinds of wrongdoing committed by the candidates or their teams.

And, as I noted, we can watch on with equanimity, celebrating – certainly – if our side won, but also having the wisdom to know that what the future brings is uncertain. Equanimity is not passivity. It is a place of perfect balance from which the most appropriate action can flow naturally. The work is not over. 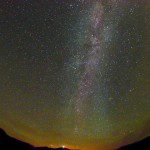 November 10, 2016
Day 1 after the election, solidarity and kindness
Next Post 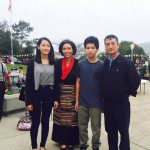 November 18, 2016 Tibetan Buddhist immigrant told: 'get the f--- out of my country'
Recent Comments
0 | Leave a Comment
"folks hav to learn the local laws wen they invade the space"
Joe Biggs Tourists: Buddha Tattoos are Taboo; as ..."
"too polite ..if folks are ignorant of local laws they hav to be brought to ..."
Joe Biggs Tourists: Buddha Tattoos are Taboo; as ..."
"Five years, a rescued street-cat from Texas (by way of Seattle). His trip to Hong ..."
Justin Whitaker Progressive responses to the 2020 election ..."
"Big move. How old is your cat?"
Brian Lang Progressive responses to the 2020 election ..."
Browse Our Archives
get the latest from
American Buddhist Perspectives
Sign up for our newsletter
POPULAR AT PATHEOS Buddhist
1