False: Trump did not say he’d turn to Dalai Lama and Thich Nhat Hanh instead of the Pope

False: Trump did not say he’d turn to Dalai Lama and Thich Nhat Hanh instead of the Pope December 23, 2016 Justin Whitaker

Today the website Religiousmind.com published a story claiming that “Trump Says He Will Turn To Dalai Lama and Zen Master Thich Nhat Hanh For Spiritual Guidance But Not The Pope.” This comes almost exactly two months after their last false news story claiming that the Dalai Lama had compared Trump to Hitler. That story has since been removed from the site, but was also debunked by Snopes.

In today’s story, the well-known disagreements between Trump and Pope Francis play a role, as Trump supposedly continues his beef with the pontiff by suggesting that he’d seek guidance from the Buddhist leaders instead of the Pope.

The Religiousmind.com story has Trump praising the Dalai Lama for his sense of humor and his non-involvement in the US Elections,

“In contrast to our Pope who was acing as if he was Hillary Clinton’s campaign manager” Trump added with a satirical look on his face.

Trump also says he’ll follow in the footsteps of many great companies and implement mindfulness practice to enhance his performance as our President.

The only problem is that Donald Trump said none of this, today or ever.

It is true that the Pope and Trump have had difficult relations in the past. The Pope remarked that Trump’s plan to build a big wall, instead of bridges, was “not Christian.” And last month the Pope pleaded to world leaders to not abandon the Paris Climate Change agreement, a likely nod to his concern about Trump’s past statements about Climate Change. It is also true, ironically perhaps, that the Pope has warned about false news stories after he was wrongly accused of endorsing Trump. 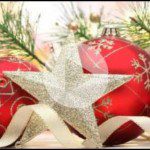 December 23, 2016
The First Nidana - A Christmas Song for Buddhists
Next Post 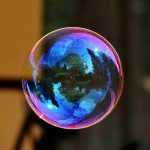 January 5, 2017 Buddhist Gladness for a Trump Victory
Recent Comments
0 | Leave a Comment
"folks hav to learn the local laws wen they invade the space"
Joe Biggs Tourists: Buddha Tattoos are Taboo; as ..."
"too polite ..if folks are ignorant of local laws they hav to be brought to ..."
Joe Biggs Tourists: Buddha Tattoos are Taboo; as ..."
"Five years, a rescued street-cat from Texas (by way of Seattle). His trip to Hong ..."
Justin Whitaker Progressive responses to the 2020 election ..."
"Big move. How old is your cat?"
Brian Lang Progressive responses to the 2020 election ..."
Browse Our Archives
get the latest from
American Buddhist Perspectives
Sign up for our newsletter
POPULAR AT PATHEOS Buddhist
1