Buddhist Activism in an age of neo-fascism and “alternative facts”

Buddhist Activism in an age of neo-fascism and “alternative facts” February 9, 2017 Justin Whitaker

I sit in a basement cafe in downtown Seattle. I worry a bit about finances here, or class sign-ups there. But I’m okay. And odds are, so are you.

We’re in the midst of something, though, that could change all of that. There is a range of wise view on just how quickly that will happen and how severely, from the oft-quoted “we’re screwed” to the increasingly pollyannish “wait and see.”

Already, if you’re one of estimated 100,000 people who had your visa revoked due to the recent Muslim ban, some of the “we’re screwed” is already a reality. And, of course, there are the connections those 100,000 people have. Families who will not be visited. Weddings and funerals that cannot be attended. Some impacted are doctors – patients will not see the person who knows them best. Some are teachers – students are thrown into uncertainty. The uncertainty ripples out further still. Those not banned: immigrants, job seekers, students, and families from countries like Pakistan, India, and China, now find themselves second-guessing America as a destination.

If you care for our environment and respect the sovereignty of Native Americans, then it’s easy to feel at least on the edge of “we’re screwed” as the current regime pushes forward with the DAPL and Keystone XL pipelines. If you’re an educator or parent, you might feel a sense of foreboding with the confirmation of our new Secretary of Education. And the list goes on from there: moves to defund Planned Parenthood clinics that serve millions of women, proposed legislation to allow businesses to discriminate against the LGBTQ community, and on and on. Unless you are a white male with secure income and savings, give or take a few criteria of privilege, the message seems increasingly clear.

The positive news from all of this is the range of responses we’ve seen, from grassroots organizing to national figures acknowledging that this is not right. We are coming together. We are standing up. We are organizing. In ways that go even beyond what I experienced in the lead-up to the wars in Afghanistan and Iraq just over a decade ago.

In a recent meeting with friends about how we are dealing with the current situation, one brought up the idea of a “bell curve of social progress.” There are those on one end who would be happy to see society go back “to the good old days” when foreigners were feared and ridiculed, the environment was exploited and polluted, minorities and women “knew their place”, and the superiority of the white male felt safe and secure.

There are the majority in the middle who maybe think that sounds nice now and then, but then thinks of their black, Native American, and female friends and realizes that “good old time” wasn’t really so good – and some future militarized, nationalist, neo-fascist state wouldn’t be so good either. These folks also doubt much will change, or is changing, in the world around them.

Then there are those at the other end, from the leading edge of protest and rally organizers to the writers and pundits calling out each new civil and human rights violation. Behind them are the thousands of small groups forming around the country, these tiny pockets of solidarity helping one another and their communities. Behind them are those stepping out of their comfort zone in solidarity once, then again, and again.

The nice thing about knowing where you are on this curve is coming to understand your reactions to others on it. Those far ahead might seem “extreme” or “reactionary” (some are literally reacting to dire circumstances such as ramped up ICE enforcements and pipeline expansions). Those far behind, but still on the progressive side of the curve, may seem lazy or disinterested. Those around you form a natural tribe, a source of support and nourishment.

As you find your ‘place’, you can look to those ahead for advice and direction, and to those near you behind to see what is holding them back. You can also see that people far away might not be worth your time and effort right now. As you learn more about yourself, you’ll see that an experience of something, for instance a march or rally, depends on where you are on the curve. It might be intimidating if you are new to activism. It might be repulsive if you’re on the regressive side of the curve, or suspicious if you’re resting right in the middle. For those further along, it can be a duty (in a good sense) and source of joy.

As humans, we tend to project our labels out into the world and try to convince ourselves that they’re real. As Buddhist practitioners, we turn and look at the labels and their (empty) source. We learn to rest in ambiguity. As scholar/practitioner Dale Wright tells us, “enlightenment isn’t one-size-fit’s-all.” Activism is the same. As we strive, we see first our own faults. We forgive those faults and those of others. We seek our nourishment and attempt to offer it to others.

Bhikkhu Bodhi urges us, nonetheless, to “stand up together [to be] more visible as advocates of peace, basic sanity, and social justice.” We will each have our ways, but now, more than ever, this is our moral imperative. His advice points to one path on this curve. James Ford’s musings about the intersections of Engaged Buddhism and Liberation Theology point to another one.

There will, I suppose, always be the wisdom of the “do nothing” path; wise as a counter to occasional excesses in striving. With enlightenment and activism, see where you are, see for yourself how it alters your experiences of greed, hatred, and delusion. 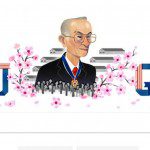 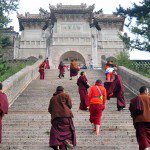 February 16, 2017 In the Obituary of a Tibetan Buddhism scholar, some ominous words
Recent Comments
0 | Leave a Comment
Browse Our Archives
get the latest from
American Buddhist Perspectives
Sign up for our newsletter
POPULAR AT PATHEOS Buddhist
1