Dismantling Buddhist Patriarchy and Denial From the Inside

Dismantling Buddhist Patriarchy and Denial From the Inside August 16, 2017 Justin Whitaker

The history of Buddhism is a tug-of-war between conventional Buddhist ethics and ‘means-end’ thinking. Vajrayana is no different. At one end is the Dalai Lama, who suggested in no uncertain terms that abusive teachers to be questioned, analyzed, and publicized. At the other end is Dzongsar Khyentse Rinpoche, who instead questions the intelligence and rationality of victims, suggests that perhaps the abuse cannot be considered ‘wrong’, and attacks journalists and liberal intellectuals, while reminding us that on average, the abuser was a pretty decent guy.

The strange thing to me, and to many non-Vajrayanists, is that many Tibetan Buddhist practitioners are lining up behind Dzongsar Khyentse Rinpoche in this matter.

However, this isn’t really so strange. My training in Buddhist ethics began 15 years ago in practical and professional ethics, along with studies of alternative religions and Buddhist history. I also grew up in the Catholic Church and watched with equal parts fascination and horror as allegation after allegation of priest abuse and cover-up unfolded in the 1990s and 2000s. It wasn’t difficult to see that in many Western Buddhist communities there were similar dynamics of hierarchy, inside-outside thinking, inner circle formation, reverence of certain authorities, doubt of one’s own agency and judgement, etc. In part due to aspects of their religious training and the structure of Vajrayana religious institutions, when teachers inside the Vajrayana hierarchy commit acts of violence, these things are not seen.

Of course, talking about abuse and patriarchy and violence within your own community is hard – those doing so risk losing access to great teachers, losing friends, losing status, perhaps livelihood. But, at the same time, we cheer business leaders for ditching Trump’s economic board, we call on moderate politicians to likewise stand for what’s right even if it will cost them, we call on people in power to do the right thing. If you’re white and/or male and/or cis gendered, etc, you have power. Use it.

Ongoing silence sends the message that the Dalai Lama wanted to avoid, that in Vajrayana Buddhism violence can be condoned, morality thrown out the window. The Dalai Lama’s message was clear: you defend Buddhism by calling out abusive people, not by defending them, not by remaining silent.

Along with the Dalai Lama are others who are helping to move Tibetan Buddhism in a direction grounded in ethics. I recently have been especially impressed by Lama Rod Owens and Justin Von Bujdoss (Repa Dorje Odzer) on this. Watch them here drawing together the roots of sexual misconduct and white supremacy from Charlottesville to the core issues of power and hierarchy in American Buddhist communities.

https://vimeo.com/229834372
Support independent coverage of Buddhism by joining a community of fellow learners/practitioners at Patreon.
‘Like’ American Buddhist Perspectives on facebook. 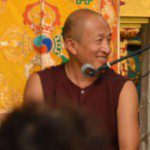 August 15, 2017
The merit of pointing out abuse in Buddhism: Dzongsar Khyentse Rinpoche
Next Post 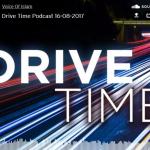 August 17, 2017 Buddhism and the afterlife with the Voice of Islam
Recent Comments
0 | Leave a Comment
Browse Our Archives
get the latest updates from
American Buddhist Perspectives
and the Patheos
Buddhist
Channel
POPULAR AT PATHEOS Buddhist
1