The Guardian in Myanmar (Burma) : See and hear for yourself the Buddhist views of Islam

The Guardian in Myanmar (Burma) : See and hear for yourself the Buddhist views of Islam September 14, 2017 Justin Whitaker

You can read my guest post over at the Buddhism-Controversy Blog, “Revisiting the Crisis in Burma and Buddhism’s Role in it.”

According to TIME magazine, there is a growing network of extremist Buddhists across Asia. Scholar Michael Jerryson has written extensively of this network of Islamophobic monks in Sri Lanka, Thailand, and Burma in Lion’s Roar. Certainly, many Buddhists are actively reaching out to their Muslim neighbors and hoping to educate fellow Buddhists that their is nothing to fear in Islam. However, it is also clear that there are Buddhist monks using their religious authority to teach hatred of Muslims.

(9/14/17 correction, the original title suggested that the above video came from the BBC) 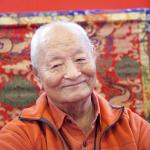 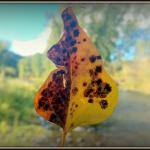 September 26, 2017 Thich Nhat Hanh on an Autumn Leaf: Life, Death, Continuation
Recent Comments
0 | Leave a Comment
"Anyone going to point out that your oldest portrayal of buddha... appears to be white... ..."
Scar The oldest datable depiction of the ..."
"This is a thoughtful article. I must admit, after living in crowded Hong Kong, I ..."
Gary Price The Coronavirus is coming – Some ..."
"Well explained. Dholavira is also one of the largest site of Indus Valley civilization. It ..."
Kirti Bajaj Major Sites of the Indus Valley ..."
"Nice write up Justin."
Catalin Newport In Hong Kong, the Bodhisattvas wear ..."
Browse Our Archives
get the latest from
American Buddhist Perspectives
Sign up for our newsletter