This was the proclamation made on June 3, 1870 by F. Max Muller, described by Donald Lopez as “the most famous scholar of Asian Religion in the 19th century.” In a 2012 lecture at Harvard, Lopez offers a portion of Muller’s full quote:

St. Josaphat is the Buddha of the Buddhist canon. It follows that Buddha has become a saint in the roman [Catholic] Church; it follows that, though under a different name, the sage of Kapilavastu, the founder of a religion which, whatever we may think of its dogma, is, in the purity of its morals, nearer to Christianity than any other religion, and which counts even now, after an existence of 2,400 years, more believers than any other creed, has received the highest honours that the Christian Church can bestow. And whatever we may think of the sanctity of saints, let those who doubt the right of Buddha to a place among them, read the story of his life as it is told in the Buddhistical canon. If he lived the life which is there described, few saints have a better claim to the title than Buddha; and no one either in the Greek or in the Roman Church need be ashamed of having paid to his memory the honor that was intended for St. Josaphat, the prince, and the saint. (Selected Essays…)

However, as James Ford rightly points out today:

Or, used to. Actually, for the most part this holiday is no longer observed.

So a bit of Buddhism has been around in Christianity for centuries, in fact first appearing in Greek in the work of John of Damascus; Josaphat being a translation/corruption of the Arabic Yūdasatf, itself a translation/corruption of Bodhisattva (“awakening-being” or “one en route to awakening”), a common designation of the Buddha in the early texts. A fuller account can be found at the Encyclopedia Britannica.

This is not to say that there are “pure teachings” to be found; though most Buddhist thinkers have tended toward that kind of rhetoric: “we’ve got the real deal here, this is the stuff!” Similarly, when scholars present Buddhism, we too have to pick out what we take to be the most important portions. Our goal is to set aside our own personal proclivities and state what is/was most important to followers themselves: was it the 4 noble truths, or chants or charms believed to protect one from evil spirits and snake bites?

With 2500 years of history now, there is precious little that hasn’t found its way to “centrality” in one formulation of Buddhism or another. Though I worry and caution against any kind of “flattening” relativism where anything and everything is Buddhist if someone says it is. As is often the case, the middle way is best, somewhere between essentialism and relativism.

And though I don’t often praise Postmodern philosophy, I find a conceptual middle way here with the help of Theodor Adorno in the idea of constellations:

On the conceptual side, we can construct interlinked ranges of concepts that illuminate the uniqueness of an object without pretending to gain exhaustive insight into it. On the object side, each unique thing is a constellation of its historical relations with other things. Hence a constellation of concepts can “‘gather around’ the unique history of the object where this history makes the object the unique thing that it is…” (review of “Theodor Adorno: Key Concepts“)

In Buddhisty English, we can see that “things” exist due to causes and conditions and our mental imputations (“history makes the object the unique thing that it is”), realizing that these are in flux. Seeing “each unique thing [as] a constellation” means seeing it as we do the Big Dipper or Aries, realizing that what we actually see are just points of light in the sky and that we construct the object out of them. To the extent that we share that object with others who accept it is the extent to which it is real. As with constellations in the sky, different social groups and different temporal periods will create different “objects” out of the constellations out there.

In our constellation today, the Josaphat of these old tales has faded from the traditional Christian constellation of saints. But the Buddha of many other strands of history is becoming evermore present in the world presently dominated by Christian thought and practice. That can be seen in folks like James Ford, who bridge the Christianity-Buddhism divide, as a retired UU minister and a Zen priest as well as countless others including:

(as discussed in my review of Jesus & Buddha: Practicing Across Traditions.) My own trajectory takes me through the windings of Christianity and Buddhism as well; born and raised a Catholic, abandoning that faith for atheism and humanism before stumbling upon Buddhism, then winding the course(s) of the many Buddhist traditions (still) and resting in the warm waters of Unitarian Universalism and Zen practice, with a side of Vipassana and modern mindfulness.

For me, and for others who partake in the interfaith conversation, the story of Barlaam and Josaphat can serve as a reminder of our long heritage of sharing. It can also serve as a story of failure and misunderstanding, a warning to stay awake to the realities of change that beset every story, no matter how well told. 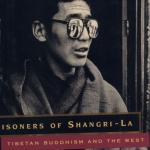 November 15, 2017
A Storm is Coming: Tibetan Buddhism in the West
Next Post 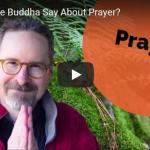