The news release, in full, reads:

I wish to inform you that at tonight’s Society Annual General Meeting, Ajahn Brahmavamso resigned, without notice, from his post as Spiritual Director of the Buddhist Society of Western Australia.

The 2015-2018 Committee has for some time been examining and trying to implement more support (paid or unpaid) and a more efficient organisational structure at the Society in order to reduce the workload of Ajahn Brahm and the Volunteer Committee. Again at this year’s AGM, due to certain members forming a blocking party with proxy votes, we were unable to get changes through to support this aim.

At the end of the AGM, Ajahn Brahm considering his workload and lack of support by members on this issue informed the meeting he felt he had no choice but to resign from the Society.

Again I urge members and supporters to re-consider the path of resistance to change we have been taking and how it has lead us to this unfortunate circumstance.

After 3 years on the Executive and at close of the AGM, I now hand over to the New BSWA President, Dennis Shepherd

Drew Bellamy had previously announced his plans to step down as President.

In a follow-up letter, Ajahn Brahm clarified his reasons for resigning:

Despite me showing strong support for this amendment and advising the members at the AGM how this will reduce my workload, this proposal was blocked by a small group using proxies which, though legal, was unethical in my opinion. Proxies were, apparently, solicited without giving a balanced explanation of the background to this proposal.

When the Buddha was not heard at Kosambi, He went to the Parileyya Forest for three months. I doubt that the lay members of the BSWA will wait that long to settle this matter.

The sutta that Ajahn Brahm is referencing is the Kosambiya Sutta (MN48). Below you can listen to a talk given by Ajahn Brahm on this sutta in 2012: 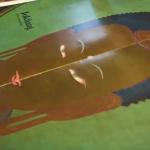 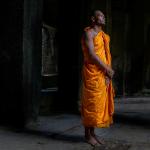 March 27, 2018 Violent Buddhists of the 20th Century (and beyond)
Recent Comments
0 | Leave a Comment
"Well explained. Dholavira is also one of the largest site of Indus Valley civilization. It ..."
Kirti Bajaj Major Sites of the Indus Valley ..."
"Nice write up Justin."
Catalin Newport In Hong Kong, the Bodhisattvas wear ..."
"I used to idealize Tibetan Buddhism. I studied with some senior teachers from Shambhala and ..."
Metis Buddhism, patriarchy, abuse, and violence: we ..."
"Very informative Article. i am Buddhist follower and i loved to read it.Thank you so ..."
Rupali vaidya A Buddhist Story for Troubled Times: ..."
Browse Our Archives
get the latest from
American Buddhist Perspectives
Sign up for our newsletter
POPULAR AT PATHEOS Buddhist
1