Knowing Harm, We Must Oppose It

Knowing Harm, We Must Oppose It June 20, 2018 Justin Whitaker

The Chronicle of Higher Education today reports on the many thousands of academics and academic leaders who are speaking out against the current ‘zero tolerance’ policy leading to thousands of children separated from families and living in newly-constructed tent cities. These academics join Catholics, United Methodists, and Buddhists (covered at Buddhistdoor Global) in condemning the current actions.

It is increasingly clear that people of conscience from across the world are speaking out against this.

Lion’s Roar magazine deputy editor Andrea Miller interviewed Rev. Tenku Ruff, president of the Soto Zen Buddhist Association, about the practice of compassion and reaching out naturally to those suffering. She writes, in part:

I think people should do what they feel best suited to do, which could be many things. For those who are able to go to the border, they should go and be visible. People focused on social justice are crucial to making meaningful change in the world. However, we should never neglect the inner work. It’s equally important. As Samdup Rinpoche says, “Unless you have a compassionate mind and are not influenced by anger and hatred, your mere physical non-violence is not non-violence.”

Meanwhile, the other “wing” of Buddhist awakening is wisdom. Many people, Buddhists clearly among them, do not know the damage done by separating young children from families: the harm this can cause them for their lifetime and the harm that will thus ripple back out into the world from them. Such people might think that the current policy is helping in some way. However, professionals who understand the psychological impacts of the policy say otherwise.

Appealing to one’s own self interest we might say that hurting these children, placing them in systems that cause lasting psychological harm, will quite possibly ripple back to you in some way. As Buddhists teach, the harm caused to us, whether small like people being rude to us online or in public or large things like violence or theft, is not a result of just that person – the harm they cause is an effect of harm caused to them. And that harm was caused by previous harm, on and on and on.

So it is up to us to do all we can to stop that cycle.

Listen to those who understand the system. Listen to a detention center whistleblower talk about conditions there. Listen to the psychological professionals speaking out.

If there are opposing views to these by other wise ones/professionals, bring them forth. From the Chronicle:

Ana Mari Cauce, president of the University of Washington, knows that wrenching a child away from his or her family can do serious, long-term damage. She knows that, she says, from her training as a clinical pediatric psychologist.

And that’s why she decided to use her position as the head of the state’s flagship university to condemn the separation of immigrant children from their families, a practice taking place at the U.S.-Mexico border under a policy set by President Trump.

“This cruel and inhumane new standard policy of enforcement at our borders should be swiftly rescinded or legislatively corrected,” she wrote.

Appealing to self interest here might break down, as people in states of fear or misunderstanding might think that cruelty and inhumane treatment can make things better for them. Here Buddhist ethics offers its virtue-centered approach in which we develop kindness, generosity, patience, and other virtues or “perfections.” Each of these, in some way, work against the impulse to possibly hurt others out of misguided self-interest. And each, in action, helps dissolve the mistaken view of a separate self in the first place.

Buddhists also teach humility, listening to the advice of wise ones as a starting point. Politicians too must listen to wise ones, with humility recognizing that they are not saviors or beyond learning. In a democratic society, it is up to all citizens to likewise, with humility and openness, with compassion and wisdom, listen to the wise.

“Jennifer Silvers, an assistant professor of developmental neuroscience at the University of California at Los Angeles, co-authored a Washington Post op-ed on the damaging effects of parent-child separation in mid-May.” (Chronicle)

Asked why she wrote about the harm cased by forced separation, she said, “We just felt compelled, as scientists and mothers, by what we know from the data and from our own personal experiences, which is that parents and their children belong together, period.”

Act as you are compelled, listening to the wise, with a heart of compassion. 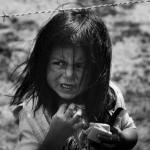 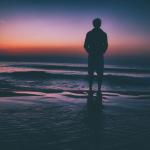 June 21, 2018 Ethics of Shame (and Shamelessness): Buddhist and Western
Recent Comments
0 | Leave a Comment
Browse Our Archives
get the latest from
American Buddhist Perspectives
Sign up for our newsletter
POPULAR AT PATHEOS Buddhist
1