I watched End of the Tour (2015) last night, a movie about a writer, David Lipsky, spending a few days with the novelist David Foster Wallace. It felt like a somewhat slow and at times meandering film made good through insight into the complex humanity of Wallace and a handful of his deeply perceptive observations of contemporary (2008) American life.

It’s a nerdy guy film, which many women will like too – a bit like Wallace’s novels as he confesses to Lipsky at one point in the movie. Other women and men won’t like it in part precisely because of the deep replication of whiteness and maleness (and of course I compound that one level by writing about it). Note the Betchdel test remarks about the film. If you watch it, do so after watching Nanette (2018), which lands a much needed gut-punch on the toxic masculinity of contemporary culture – including that of End of the Tour.

Return to Wallace, we might watch the movie about him or the shorter video below as a sort of distillation of and commentary on American culture, particularly the pernicious rise of simplified Postmodernism. Postmodernism itself is incredibly complex and rightly challenges certain presumptions and prejudices of Modernism, for instance a deep faith in a master narrative which can overrule all other narratives. Postmodernists rightly note that powerful narratives such as social progress or the explanatory power of Western science are themselves often wrapped in mythology and unwillingness to examine plausible counterarguments.

My sense is that Modernists can adjust to these critiques without losing much more than their own naivety.

However, people can go too far with Postmodernity, with pervasive irony or cynicism that denies any truth or scoffs at those pursuing greater knowledge about themselves and the world. These can be useful in a limited sense, facilitating a break from an all-pervasive cultural narrative. But, when they get re-assimilated into the culture as part of that grand narrative they lose their initial liberatory power.

And since neo-liberal capitalism has such an amazing ability to assimilate everything around it, Postmodernism quickly falls prey.

Indeed, the problem discussed above, that of witty deconstruction without plausible solutions, continues today.

My greater appreciation of this video – published 2 years ago – is the end, the turn toward sincerity and community. Unfortunately, social media makes sincerity incredibly difficult. Sincerity is like the gravity around an object in space: kind of invisible to anyone not near it. So our sincere appreciations of simple things might elicit responses like “that’s dumb…” from people failing to recognize the value of the simple things in our lives. When we express sincere appreciation for critiques or challenges (such as Wallace’s on irony and cynicism), surely someone will give a knee-jerk response, again failing to recognize the gravity around the critique itself.

Part of the attraction of irony is its ability to point out problems in American society (and beyond) and this is likely an attraction that also brings many people to Buddhism: a pervasive sense of dissatisfaction that can at least in part be attributed to particular aspects of our society. And this is where Postmodernism and American Buddhism share an odd section of venn diagram: both draw people in on a spectrum running from irony and superficiality to depth of commitment and sincere work on solutions and community as they see problems in the contemporary world.

With 18 years of practice and study of Buddhism under my hat, nearly half of my life and nearly all of my adult life, I think I can confidently put myself in the latter category. American Buddhism, whatever that is and will become, is a wide umbrella for many trends arising out of Buddhist Modernism and American culture. It has the potential, similar to Postmodernism, to liberate us from certain narrow and culturally-unquestioned perspectives on ourselves and our world. It also has the potential to be swallowed up in the superficial self-replication of neoliberal capitalism.

Two solutions for this are as follows: be wary of excessive irony and excesses of Buddhism. Buddhism doesn’t need defenders of the faith, an army, or a dogmatic goon-squad. It needs more sincerity and community. In fact, we all need more of these. So, secondly, Buddhist or not, work on developing sincerity and community. In person if possible. If you can’t stomach much in-person time in life, at least avoid excessive irony and social media. Do your solitary artistic, intellectual, etc work and, from time to time, offer it to the world. It helps though to have that circle of in-person friends along the way, even if it’s a small circle. Find them. Invest in them, literally and metaphorically.

A bonus third solution is to seek out and support political movements and politicians who promote community stability and social development sincerely. These can be difficult to find, and politics itself can denigrate into needless and useless fighting and an abundance of insincerity and irony, but the good ones are worth seeking out nonetheless. The sheer fact of living in a place where voting is a right also gives rise to the responsibility of active engagement with politics. This needn’t be a boisterous, 32 posts-per-day-on-facebook, engagement. It can be quiet and methodical, but it is nonetheless necessary to the extent that we all hope to live in worlds free of fascism, authoritarian socialism, and libertarian-anarchism. 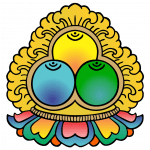 July 20, 2018
The Three Jewels of Buddhism and Multi-faith Affiliations
Next Post 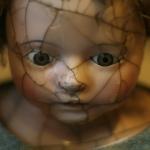 August 15, 2018 Why can't people just leave Shambhala Buddhism?
Recent Comments
0 | Leave a Comment
"eMudhra Limited is a certified body, licensed by the Government of India. eMudhra operates in ..."
Mycaportal Buddhism: Dzogchen and Mahamudra
"folks hav to learn the local laws wen they invade the space"
Joe Biggs Tourists: Buddha Tattoos are Taboo; as ..."
"too polite ..if folks are ignorant of local laws they hav to be brought to ..."
Joe Biggs Tourists: Buddha Tattoos are Taboo; as ..."
"Five years, a rescued street-cat from Texas (by way of Seattle). His trip to Hong ..."
Justin Whitaker Progressive responses to the 2020 election ..."
Browse Our Archives
get the latest from
American Buddhist Perspectives
Sign up for our newsletter
POPULAR AT PATHEOS Buddhist
1