Last month, my wife and I sat down to watch some of the Netflix show Tidying Up with Marie Kondo. We made it about 60% through an episode before giving up. The premise, based on the practice of KonMari, is great, but the reality show format became a bit much. My sister worked in reality TV for a number of years and gave me some insight into the way that they ‘skilfully’ manufacture outrage and drama.

In Buddhism we often talk about getting “hooked” on these emotions. Now when I see myself grabbing that hook, I pull away. Mind you, I often don’t see it, at least not before it’s too late.

This brings us to the topic of getting hooked on online drama and debate.

I’ve had countless friends bemoan the atmosphere of discussion on Facebook and/or Twitter in the last year or so. Many people have made headlines for leaving, often due to harassment or simply a sense that social media was not benefiting their mental or spiritual well-being. Others just avoid it because the level of discourse is so poor.

So I’ve undertaken an ongoing experiment in removing certain comments (read below for background and philosophy).

In an online group I help manage, we’ve had several discussions around how to best deal with offensive comments and repeatedly difficult people. One of those, who I’ll just call PB, offered an air of superiority in many conversations, insulting and demeaning other group members, and quickly insisting that he was the victim in their interactions. Buddhists are famous for their compassion, often to the point of stupidity. So we worked with him. We had one-on-one chats with him. We read about special techniques for handling difficult people and tried those out.

Then we removed him from the group.

And the group lit up. Suddenly the innocuous posts just remained innocuous, others with serious discussion stayed on topic, and the moderators could spend time deepening connections with other members and reflecting on the philosophy of the group.

Around the same time, I discussed with friends on facebook the idea of having a “front porch philosophy” when it comes to my social media spaces. Imagine your social media world as a collection of front porches. Yours is your own. You furnish it with what you like: cat videos perhaps, political news, witty observations about your day, diet updates, whatever.

The important aspect of this is that if a person leaves something on your porch that you don’t like – for whatever reason – you can remove it.

Other people can come along to your porch and can add to that: commentary on your witty thoughts, additional news you should read, more cat videos, you get the picture.

But then we all know those people, like PB mentioned above, who loom like dark clouds in our social media spheres. Maybe they’re a racist uncle, maybe a joyless distant friend, maybe someone you don’t even know in real life but just know through friends of friends, but who nonetheless has opinions about all of the stuff on your porch. (Perhaps we’re that person!)

On my own social media I swear I’ve received comments from people I barely know who were either really drunk or who had just not had adequate coffee yet. It can be hard to tell which. These are often just one or two words of derision. I tend to think of these as unreflective emotive ejaculations: “dumb!” “whatever!” “idiot!” “please!” How does one even respond to this?

A friend of mine, by all means a thoughtful, kind, compassionate left-of-center person, at the passing of George H.W. Bush, posted something remotely positive about something the late president had done or said. I only arrived at his facebook feed in the aftermath, but he had to clearly state: I’ve had to block a person for refusing to be respectful on this thread, I’m not interested in a lengthy debate, be nice.

I worry that this kind of atmosphere is what is driving some kind, thoughtful people from social media, which just leaves more room for the bombastic ejaculative reactionaries.

This is different from comments that add to the conversation in constructive ways, perhaps saying “this article you shared is problematic here and here, why not try this one at …” Or, “have you thought of this other perspective on this issue…?”

We can do that on social media, you know? And, often enough, we do. In general it is a matter of gauging the mood of a room. Kind of like stepping onto someone’s porch. Do they like having arguments about the furniture? Do you even know them? Is this a light-hearted conversation that you are being way too serious in? Is it a serious discussion that you are being way too flippant in?

So I’ve experimented with just deleting comments that in no way spark joy for me (I didn’t have that language at the time, but it seems fitting now). Here is an explainer video for those who don’t know how to do that. And lo and behold, it has tidied up my social media world – or at least ensured that what is there brings me joy.

On one of my facebook pages, a man insisted that Christine Blasey Ford was “clearly benefiting from coming forward” as she did: delete. On an article about a Buddhist marine I posted, someone wrote, “this is terrible journalism”, delete.

I suppose I should say thank you before clicking that button.

From now on, I will. 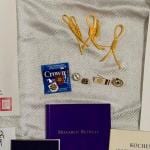 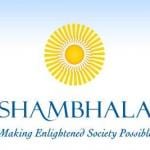 February 8, 2019 Petition: Shambhala Buddhism Students seek to split from "authoritarian" structure
Recent Comments
0 | Leave a Comment
"https://www.theguardian.com..."
Donalbain Vaccines, Pharmaceutical Companies and the CDC
"I've read that borderline persons have a high sense of fairness and BPD is soooo ..."
steven solomon Borderline Personality Disorder and Buddhism (IV)
"I came across this site by accident, It reminded me of a story about two ..."
quacknduck Tourists: Buddha Tattoos are Taboo; as ..."
"eMudhra Limited is a certified body, licensed by the Government of India. eMudhra operates in ..."
Mycaportal Buddhism: Dzogchen and Mahamudra
Browse Our Archives
Related posts from American Buddhist Perspectives

Soto and Rinai Zen: One School or Two?
Click here to support my Zen teaching practice (of which translations and...
view all Buddhist blogs
What Are Your Thoughts?leave a comment