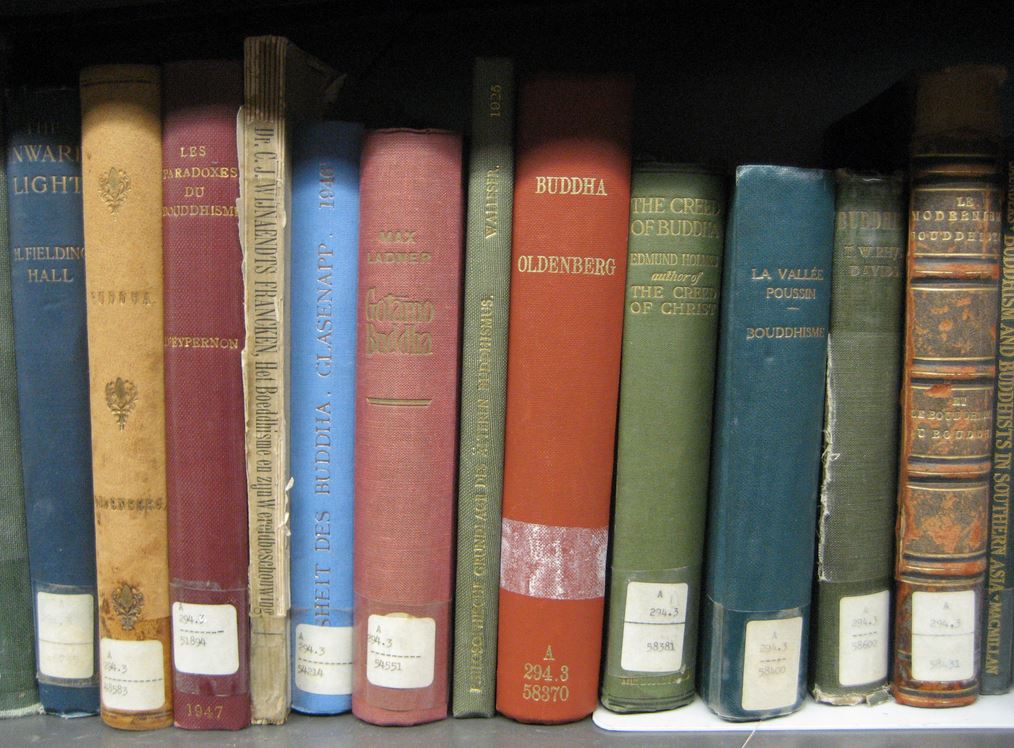 Every so often I am asked to recommend books on Buddhism, so here is a page dedicated to just the “best of” Buddhist reading, in my very humble opinion. This page is guaranteed to be an evolving entity, so check back now and then and as always, your comments/feedback are more than welcome (@Buddhistethics #Books – suggestions via twitter are at the bottom):

A popular favorite is Walpola Rahula’s 1959 classic What the Buddha Taught. This text is still in use in university classes (I’ve used it myself) and presents the basic teachings of the Buddha in wonderfully lucid prose. Rahula definitely had an agenda though, in “bringing Buddhism” to the West, so he conveniently leaves out an account of the Buddha’s encounter with the Deva Sahampati, for instance, just after emphatically claiming that the Buddha’s teachings were purely about self-discipline and not about anything ‘religious’ (pp.49-50). However, this agenda may make the teachings easier to grasp for someone new to Buddhism, so I’d still highly recommend the book with that small word of caution.

Rupert Gethin’s The Foundations of Buddhism. This book should be on (almost) EVERYONE’s shelf. Get it, read it, use it as a reference when specific questions come up about aspects of early Buddhism. When I taught a somewhat advanced Buddhist Philosophy course in 2010 I suggested this to the students who didn’t already have a background in Buddhism. If you already have read several introductions to Buddhism from academic sources, you can probably live without this one, but I’d still recommend it (!).

Next I would recommend Paul Williams’ Buddhist Thought

To stick with my old Bristol professors a bit longer, I’d next recommend Paul Williams’ (yep, again) book on Mahayana Buddhism: The Doctrinal Foundations. This is a very dense book and shouldn’t be read straight through – unless you’re a real glutton for punishment. But it is amazingly rich and well-cited and provides yet another clear window into the doctrinal foundations of many diverse schools of Mahayana Buddhism. It is not a sociological or anthropological text at all, so you won’t read much about people, it’s a history of ideas.

This next one, The Impact of Buddhism on Chinese Material Culture, by John Kieschnick, I am recommending based only on second-hand accounts. I will read it – some time – but as of now I can only recommend it based on the words of some very wise friends.

As an anecdote, I spent some time in China a while back with a young man who was just beginning his Ph.D. at Berkeley. His specialty was Japanese Buddhism and he asked his professor what to read to give him a good overview of ‘the rest’ of Buddhism. His professor recommended this book – Kieschnick – along with Williams’ Mahayana Buddhism (above) and Gethin’s Foundations (also above). Sounds like a good endorsement to me.

A great video discussing most of these (those focused on early Buddhism) and more was recently made by Doug Smith (books linked below):

I have also heard good things about Peter Harvey’s An Introduction to Buddhism: Teachings, History and Practices, though again I haven’t read it.

I would, however, strongly recommend Peter Harvey’s An Introduction to Buddhist Ethics: Foundations, Values and Issues. It’s another one that can be read a bit here and a bit there, depending on your interest. But with chapters on most geographical ‘types’ of Buddhism, as well as discussions of key topics like the environment, economics, and gender and sexuality, it’s a fantastic book to have around.

. It’s 20 years old now and still stands as something of a monument in this area of Buddhist studies. As one of my philosophy professors said of philosophy and Kant, “you can argue with him, but you can’t argue without him.” The same holds true of Keown and Buddhist ethics today. See also his Contemporary Buddhist Ethics, and Buddhism and Bioethics

.  For a biography, complete listing of his works, and an excellent collection of essays, see Destroying Mara Forever: Buddhist Ethics Essays in Honor of Damien Keown

Another author I’m very fond of is Richard Gombrich. His book on Theravadin Buddhism is essential reading for those interested in this particular school of Buddhism. There is also much said about the ‘foundations’ of Buddhism that will complement Gethin’s work above.

Once you’ve read some of these basic works, it’s well worth diving into What the Buddha Thought. I used this also in my Buddhist Philosophy class because Gombrich dives into some major questions regarding the Buddha’s teaching including the Brahmanic and Jain influences, and Gombrich tries to tease out a sense of what the Buddha might actually have been like. I appreciate his humble methodology (though he’d hate my using that word – he has a chapter against methodology in the book) of conjecture and refutation. After this book (or before, depending…) read How Buddhism Began: The Conditioned Genesis of the Early Teachings.

I have to read some of Johannes Bronkhorst’s books – as he seems to be a chief ‘rival’ of many of Gombrich’s ideas – though I’m sure the two would agree on 95% of any given list of facts/ideas on early Buddhism. I tried reading Buddhist Teaching in India last fall but found it somewhat awkward in its logic, so I can’t recommend it now. I’ll re-read it though and give further thoughts then, as well as with some of his other works.

For a Focus on Early Buddhist Sociology:

For BUDDHISM AND ECOLOGY/ENVIRONMENT I’d highly recommend Buddhism and Ecology. There are several other compilations of essays out there these days, Dharma Rain

is also good, and Dharma Gaia: A Harvest of Essays in Buddhism and Ecology

is the last of the three I’d recommend. Some very good works on Buddhist ethics and the environment include Buddhism, Virtue And Environment, and Environmental Ethics in Buddhism: A Virtues Approach. This is one area that I haven’t worked in much lately (though I will definitely again), so check back for a fuller list of recommendations.

TIBETAN BUDDHISM is another area of specialization that I had once but haven’t kept terribly current on. CIVILIZED SHAMANS: Buddhism in Tibetan Societies by Geoffrey Samuel is still a must read. The title is off-putting and it’s 20 years old now, but still, read it. John Powers’ book Introduction to Tibetan Buddhism

is also great and a bit more accessible, and it could be read alongside Samuel’s.

As far as books on practice go, I think I’ll leave that area aside for now and say “go find a teacher” and see what he/she recommends. You can read a lot of books on practice and really go nowhere, so that really is an honest suggestion. Not to mention the fact that there are so many really excellent practice books out there.

Okay, I’ll leave it there for now. You can see my Reviews Page, which links to books I’ve reviewed for this blog, for more suggestions. Yes, I’m leaving out all of E. Asian Buddhism and lots of other interesting areas, but hopefully I can fill in those voids soon.

Thanks everyone! The next batch will go up in a month or so (or as they come in)!