Al-‘Uzza: The pre-Islamic goddess of War, Protection, and Healing

The third pre-Islamic Arabic goddess, a daughter of Allah along with her sisters Al-Lat and Manat, is Al-‘Uzza, the goddess of war, protection, and healing. I’m eager to start working with her, since she was highly respected by many tribes and, as we will see, has both an interesting mythology and appealing epithets and names related to her.

The person who introduced al-‘Uzza was Zilim ibn-As’ad. Her idol was situated in a valley in Nakhlat al-Sha’miyah called Hurad (…). Over her [Zalim] built a house called Buss in which the people used to receive oracular communications. The Arabs as well as the Quraysh used to name their children “‘Abdu l-ʻUzzā“. Furthermore, al-ʻUzzā was the greatest idol among the Quraysh. They used to journey to her, offer gifts unto her, and seek her favours through sacrifice.

Instead of a stone, like her sisters, the idol of Al-‘Uzza were three acacia trees and she was believed to manifest in them. However, they were cut down by Khalid ibn al-Walid, who also killed the last custodian of her temple, or sadin, Dubayyah ibn Haram as-Sulami, early convert to Islam. Also about her idols, ‘Amr-Athtar Yunajjam says that:

Inside the Buss temple was another important idol of al-‘Uzza: a thigh bone shaped slab of granite which was venerated and offered sacrifice to by the pre-Islamic Arab tribes of the Hijaz, as they believed that the goddess herself spoke through the idol and would grant an oracle to the worshiper.

Her consort was thought to be Hubal, a warrior god who was believed to have power over victory in battle, fortune and rainfall; he was the son of Manāt, and the brother of the moon god Wadd, the ruler of the night sky with his consort, Suwa, the goddess of night itself.

Al-‘Uzza was believed to be the Goddess of power, might and the planet Venus as the Evening Star, which was said to be her palace, and called upon as Venus to bless and consecrate marriages. For these reasons, she could be compared with the Goddess Venus and Aphrodite.

Although the planet Venus seemed to be another deity named Dhat-Zuhran, with a temple in the city of Raybun, it’s probable that this was an epithet of Al-‘Uzza, while Athtar, was seen as a provider of water and a protector of irrigation systems, the south Arabian god of the planet Venus.

As al-Zahra, the planet Venus, the goddess has an offspring: Abu Hasan Zawba’a, the ruling jinnī of Friday (more about the jinn in the future). He is said to control the growth of iron in the earth and rule over dust-storms and dangerous weather, appearing as an ocher skinned creature with four heads and assisted by two other spirits.

Not so far from the Ka’aba itself in the valley of Hurad; the Banu Quraysh tribe dedicated a vale called Suqam to the goddess, where they would visit to swear oaths and pray. During a battle, it was traditional for the women of Mecca to sing chants in Her name and her consort to inspire valor in the warriors and gain victory against the enemy.

It surprised me that ‘Amr-Athtar Yunajjam commented that her equivalent “throughout the Semitic Middle East is the Canaanite war goddess ‘Anat; the divine lover of the nature god Baal, who was named in Hebrew as ‘l’Uzza Hayyim’ (‘the strength of life’).”

On the other hand, she was known as Uzzayan in Himyar and Yemen, seen as a goddess of healing to which the wealthy offered small golden images on behalf of their sick children. As I commented before, she and her sister Al-Lat were seen as the same Goddess, being Al-‘Uzza not a name but an epithet of the middle sister.

Is this common for a deity to have so many names related to her? Seems like, and so it shouldn’t surprise to know that Amat-‘Uzzayan (Maid of Uzzayan) was a popular feminine name in south Arabia, while the masculine name Abd al-‘Uzza (Devotee of al-‘Uzza) was popular among the Meccans. I’m inclined to propose using these a devotional names when worshiping her.

What to offer her?

Now that we know she’s such a polifacetic deity, how to properly honor her and make offerings to Al-‘Uzza nowadays? A golden coin with her name written on it in Arabic (العزى) seems like a good place to start if you are asking for her healing powers. Since iron is property of her offspring, it is not an option, though.

In her aspect as a love and marriage goddess, I cannot think of a better option than rose water. Ma’ alwird (ماء الورد), which is the name in Arabic, is a traditional ingredient in several desserts, although it also has cosmetic properties. You can buy the 100% pure form or make it in your home, there are many ways to prepare it, so try a few brands, if you buy, or recipes, if you like to be in the kitchen, and see which one gives the best result.

For her aid in battles, fight, to strengthen your will, oral praise is the traditional form, while I also encourage you to try writing poetry, which is highly respected and is the earliest form of Arabic literature. You can call her and her sisters with a traditional prayer or call her on he own with a new one you create. Here is one example I wrote, but make sure to pronounce it in Arabic:

Ya Al-‘Uzza, Mightiest one, you the big one,

Protector of the brave and healer of the warriors,

Shine your light in my way,

Give me the strength to walk,

Give me the strength to speak and be heard,

Be the fire in my heart,

And give me the strength to win.

Now, if you have an acacia tree near to you, rejoice, you have a traditional idol of the goddess you can honor and use to speak with her. However, remember that in pre-Islamic beliefs the gods do not live in the idols, but rather come and reside in them to communicate with us. It just their sacred space to visit us, a physical representation of them, but not their home or their bodies.

Whether you need her might, her protection, her healing or her love, ask Al-‘Uzza and she will respond. When in doubt about what to offer, rad about her and search for the best option in the Arabic world, if pre-Islamic, even better. The myths offer more insight than you think. 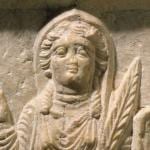 September 9, 2020
Al-Lat: the pre-Islamic Goddess of the Harvest, Fertility, and Love
Next Post 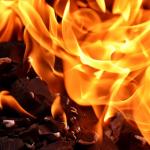 Should Witches and Pagans be Accorded Religious Freedom?
On Saturday, July 16th 2022, the Witch’s Fest event held in Astor...
view all Pagan blogs
What Are Your Thoughts?leave a comment