Described as “the epitome of world literature” (Horta, 2020, p. 1), everyone knows a little bit about the 1001 Nights. We all grew up knowing the stories of Aladdin, Ali Baba, and Sinbad, we know there is a certain Scheherazade who told a different tale every single night to an Arabic king, but how many of us have actually read these folk tales?

While it is known that the One Thousand Nights and One Night (Arabic: أَلْفُ لَيْلَةٍ وَلَيْلَةٌ‎, ʾAlf Laylah wa-Laylah) is a collection of stories, all of them are tied together by the first one, the tale between the blood-thirsty King Shahryār and the clever Scheherazade. When Shahryār discovers his wife is being unfaithful, he is changed into a different man (Burton, 1885, p. 4):

The Queen, his wife, asleep on his own carpet-bed, embracing with both arms a black cook of loathsome aspect and foul with kitchen grease and grime. When he saw this the world waxed black before his sight and he said, “If such case happen while I am yet within sight of the city what will be the doings of this damned whore during my long absence at my brother’s court?”

This caused the King to be sure all women are the same, making him marry a different maiden every day only to kill them after consummating their marriage so they wouldn’t have time to betray him. Woman after woman died because of his obsession and misogyny until he decided to put his eyes on the vizier’s daughter, Scheherazade, a well-read woman who thinks about a definite solution to end the massacre.

Before the King has a chance to execute her, she asks for a final goodbye to her sister, Dunyazad, who knows about her plan asks Scheherazade to tell them a story. As the morning comes, the new Queen leaves the tale unfinished, buying a new day of life for her. For 1001 nights, Scheherazade weaves different stories in order to stay alive, after which Shahryār is deeply in love with her and admires his wife because of her wisdom, knowledge, and cunning character.

Names also play an important role in the story and describe the role of these characters, making this a fight of powers and social classes that want to prevail above the others (Pellat, 2011):

Šahrīār is a Middle Persian name (šahr + dār) which literally means “holder of a kingdom, possessor of ruling power,” and therefore, “prince, king.” Among the class-conscious Iranians of Sasanian times, the word carried a sharply defined social significance and referred to a provincial/local ruler, ranking with the most prestigious families.

Čehrāzād, another Middle Persian name, is composed of čehr, “lineage,” and āzād (going back to Av. āzāta-, which originally meant “agnate, born [into a family with full rights]” and eventually came to mean “noble, exalted”). In Sasanian Persia, āzād referred to the nobility as a whole, as against the slaves and the non-citizen freeborn, and it also designated the lower echelon of the nobility, mostly landed gentry (see Camb. Hist. Iran III, pp. 644ff.). Čehrāzād, therefore, means “of noble or exalted lineage.”

Dīnāzād, which also appears in the manuscripts as Dīnārzād and Donyāzād, is almost certainly the Middle Persian *Dēnāzād, composed of dēn (Av. daēnā-), “religious consciousness or sensibilities,” which was hypostatized as a goddess, and āzād, the name therefore meaning “[the goddess] Dēn[is] exalted.”

The earliest version of the 1001 Nights, known as the Galland Manuscript, is agreed to come from 14th or 15th century Syria. Is a three-part manuscript, although some scholars have proposed the idea of it being originally a four-part book. French orientalist and archaeologist Antoine Galland based his translation, the first to be done, on this book and on tales told by Hanna Diyab (Zipes, 2007, p. 53), a writer and storyteller from Ottoman Syria (c. 1688).

Le livre des mille nuits et une nuit, a 12-volume French translation of One Thousand and One Nights by J. C. Mardrus, also gained some attention on its time, being also criticized because he “took elements which were there in the original Arabic and worked them up, exaggerating and inventing, reshaping the Nights in such a manner that the stories appear at times to have been written by Oscar Wilde or Stéphane Mallarmé” (Irwin 2004, p. 37). Although the full collection in French is available for free on Google Books, I couldn’t find a full English translation of this edition.

Compared to others, the 3 volume edition of the 1001 Nights translated by Malcolm Lyons and Ursula Lyons uses a simpler, more straightforward language that could be a better option for modern readers (Kirk, 2018):

Burton has a tendency towards rambling and flowery language, using “thee”s and “thou”s to evoke an archaic tone. He deliberately chooses obscure words, using Latin whenever the chance arises. (…) The Lyons, on the other hand, take a more grounded approach. They aim for clarity and a smooth effortless reading experience. You’ll never lose the train of thought or get exhausted after reading one tale. Some might argue that the Lyons version lacks pizzazz, but others would say that they allow the words to speak for themselves.

Finally, there is one that I’m eager to read. Although considerably shorter in comparison, The Leiden Edition, prepared by Muhsin Mahdi, is the only critical edition to date (Marzolph, 2007) and is believed by Irwin to be the most stylistically faithful representation of medieval Arabic versions currently available. (Irwin, 2004) This version also includes both the original material from Syria and tales originating from Egypt.

Which edition of the 1001 Nights is the best one is open to debate depending on what the reader wants. I am only interested in reading Mahdi’s, but both Burton and the Lyons have received good opinions as far as I have seen on the internet, and I cannot deny it worries me that this translation is so brief compared to the others. 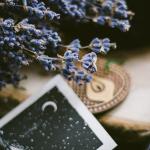 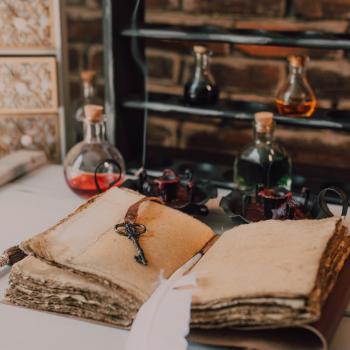 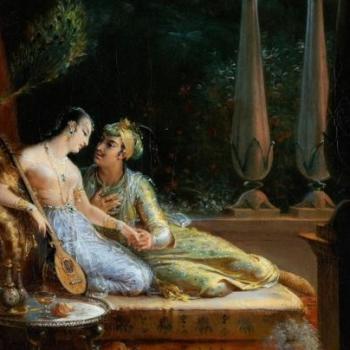