It wasn’t until after seminary that I ran across a 1993 issue of Christian Scholar’s Review on the theme “What Is Evangelicalism?” that featured a debate between evangelical historians George Marsden and Donald Dayton. Reading that issue made me realize just how political the telling of the story of evangelicalism is, as historian Timothy Gloege has argued. Dayton calls the Marsden story of American evangelicalism the “Presbyterian paradigm,” which defines evangelicalism in an intellectualist, doctrinaire way, focusing on the Puritans and the old Princeton school of B.B. Warfield et al. (This was the paradigm Woodbridge presented at Trinity.) In contrast Dayton argued for a “Pentecostal paradigm” that focuses on evangelicalism’s revivalist, socially radical, and at times borderline heterodox origins.

This debate fascinated me, and though I’m no historian, it seemed to me that Dayton offered a compelling alternative to what I had learned about evangelicalism under Woodbridge.

Over the years, I’ve come to the view that there’s no such thing as normative evangelicalism. Instead, there are a number of evangelicalisms that share some common features but also have many differences.

Last week I used an article by Tim Erdel to describe seven historical meanings of evangelicalism and to evaluate their compatibility with Anabaptism. My reason for doing so, as I explained in a previous post, was simply to answer why Anabaptist Revisions belongs on the evangelical channel of Patheos. However, some insightful readers noted that I was assuming a normative understanding of Anabaptism and that, in reality, there are as many Anabaptisms as their are evangelicalisms. Point well taken.

I appreciate the sincerity of some closed fundamentalists, but double-separation (or even single-separation) just isn’t my jam. In as much as the label “evangelical” works for me, it’s a bigger tent version than this.

Erdel writes of this group, “Single-separation Protestant fundamentalists also try to avoid affiliation with persons who claim to be Christians but who in fact deny traditional Christian doctrines.” Erdel identifies Jerry Falwell Sr. as the most prominent evangelical of this stripe.

Not into this one for similar reasons I’m not into the previous one. In general, I associate with people of all different views, hoping to learn from them what I can, even if I disagree with them on “fundamentals.”

Erdel writes, “The mega-church movement developed in the 1970s, when a surprising number of individual evangelical congregations experienced explosive growth, with membership numbers numbering in the thousands. Many became fairly self-contained, almost denominations in themselves . . . even while offering their ministry models for others who sought to emulate them.”

I grew up in a church that would now be considered mega (at about 3,000, though it was smaller when I was there), and I have many friends who work or worship in this world, but I’ve been increasingly drawn to small, more intimate churches. The church in which I pastor runs around 100, and I worry that we might grow much larger (though you’re always welcome there). I have some theological concerns with some of the excesses of the mega-church model, but I admit that a lot of it comes down to preference.

Erdel writes, “The emerging church movement developed in part as a reaction against the tilt toward impersonal anonymity within a seeker setting, in part out of a hunger for ecclesiastical authenticity with historic traditions among evangelicals who had earlier rejected their links to the past, in part out of an eclectic determination to mine a plethora of Christian traditions for whatever seemed best from each, and in part out of an impatience with prevailing evangelical theological categories.”

This is probably unfair, as some of my emerging church friends would tell me, but I’ve always felt the emerging church movement was too defined by what it was against and at the same time was a bit faddish. I have plenty of problems with many forms of contemporary evangelicalism, but I’ve generally tried to work within it than to define myself over and against it. But, again, I’m probably being completely unfair here.

Erdel writes, “On the global scale, the numbers of Pentecostal and Charismatic Christians have grown so dramatically that religious demographers working with the World Christian Encyclopedia database now estimate that a third or more of all Christians around the world may fit some form of Pentecostal or Charismatic Christianity, movements commonly identified with speaking in tongues, though they are actually much richer and broader than that.”

A couple years ago my church held a joint Good Friday service with a nearby charismatic church. It was a great experience of blending our worship styles and being stretched by those who worship differently. I was also impressed with the racial and socioeconomic inclusivity of the church, which I understand to be fairly characteristic of charismatic churches. This form of evangelicalism often gets caricatured and identified by its excesses, but there is a lot that is good and true and beautiful about it. That said, I’m just not very charismatic myself.

Erdel writes, “Mainstream evangelicals [are] generally fairly self-conscious about not identifying too closely either with fundamentalists on the theological right or mainline Protestants, particularly those who belonged to the NCC, on the theological left.” He associates it with institutions in Wheaton, Pasadena, Colorado Springs, and Orlando (and I would add Grand Rapids).

I’ve spent a lot of my life within mainstream evangelicalism. I attended seminary at a mainstream evangelical school, and I even worked for a Christian publisher that would probably be considered mainstream evangelical. There’s a lot to admire about this tradition, but I can also hear Dayton’s critiques of it, much of which I find compelling. Mainstream evangelicalism leans a bit too Reformed for my tastes, and some of it seems to be trending in the fundamentalist direction, though I don’t think the majority is. Again, I have a lot of love for many in this movement, but I sometimes feel a bit out of place nowadays when I’m in it. (For more on my and AMBS colleague Drew Strait‘s background at TEDS, see this story.)

Erdel writes, “The majority of evangelicals may actually find themselves in another category, namely, mainline or conciliar evangelicals. Mainline evangelicals belong to churches in the World Council of Churches (WCC) or the NCC rather than the World Evangelical Fellowship (WEF) or the NAE.” He identifies John Stott, Alister McGrath, and N. T. Wright as examples of such evangelicals.

I generally find the ecumenical openness of this kind of evangelicalism refreshing. In general, they seem less drawn into evangelical culture wars and more confident in basic Christian orthodoxy (or mere Christianity). I would have disagreements with many of them on any number of issues, but I imagine we could talk them out without worrying that our salvation was in jeopardy.

3. Unaligned or other evangelicals

Erdel has these as two separate categories, but I’m combining them. These groups are basically evangelicals who identify more closely with their denominational traditions than with any particular evangelical identity. This group includes Baptists and Anabaptists, Wesleyans and Lutherans, and “most ethnic congregations, especially African-American and immigrant groups.”

Erdel writes that “as the United States becomes more and more ethnically pluralistic, the continued growth of ethnic and immigrant churches remains and important ongoing factor in the American evangelical experience. . . . Genuinely pluralist congregations are much rarer, but flourishing models now exist.”

Erdel writes, “‘Radical’ derives from a term for ‘root,’ and especially since the 1960s, some evangelicals have tried to recover their roots both in the biblical teachings of the Hebrew prophets and of Jesus on the one hand and in the social and political radicalism of their eighteenth and nineteenth century activist evangelical forbears on the other.” This group, writes Erdel, “drew especially on resources from the Mennonite and Anabaptist wings of evangelicalism, as well as from younger Wesleyan scholars. . . . Women frequently had a profound impact too, though their work could be hidden in plain sight.”

This form of Jesus-centered, Wesleyan and Anabaptist-Mennonite inspired, socially and politically radical, egalitarian evangelicalism is pretty much where I’ve found my home, especially when combined with ethnically pluralistic evangelicalism. Ironically, this means I’ve come full circle since the denomination I grew up in and now pastor in was founded within this stream (though today most within the denomination would be closer to mainstream evangelicalism and some would even lean in the direction of open fundamentalism). This stream of evangelicalism, for better or worse, is what will be featured on this blog, and it’s the reason it makes sense for Anabaptist Revisions to be on the evangelical channel.

January 14, 2019
The Anabaptist Ecosystem: Dispatches from the Mennonite World
Next Post

Evangelical
Are There Normative and Defective Definitions of Evangelicalism?
Anabaptist Revisions 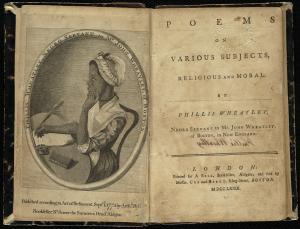 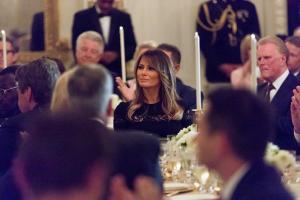 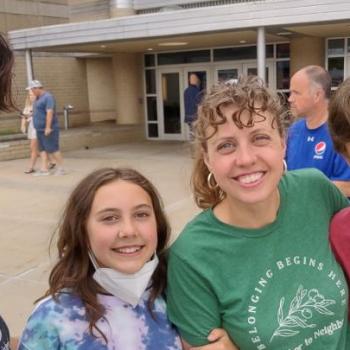