Anabaptists are often accused—and only slightly less-often guilty—of a Marcionite reading of the Bible. Marcion was a second-century Christian considered a heretic by his contemporary Tertullian as well as most Christians after him. He believed that the God of the Old Testament was a wrathful tyrant, whereas the God of the New Testament is a loving heavenly Father. So he rejected the former in favor of the latter. Likewise, Anabaptists have a tendency to focus on the New Testament God of love in our worship and theologizing as opposed to the supposed Old Testament God of wrath. So when I heard of Mennonite pastor and writer Melissa Florer-Bixler’s book, Fire by Night: Finding God in the Pages of the Old Testament (Herald, 2019), I was immediately intrigued.

I first came across Florer-Bixler‘s writing in the Christian Century and found it interesting that a Mennonite pastor was writing for CC and pastoring at Duke Memorial UMC (which I mistakenly thought was Duke Divinity School’s chapel). Florer-Bixler has since become pastor of Raleigh Mennonite Church in 2016, where she continues to serve. As a pastor myself, I find her writing engaging and her activism inspiring. So when she offered advanced copies of her book for reviewers, I jumped on it.

In her preface to the book, Florer-Bixler indirectly acknowledges Anabaptists’ Marcionite tendencies, writing, “The Old Testament itself is a kind of ‘elephant in the room’ in my religious tradition” (17). But instead trying to smooth out the Old Testament by providing a “hermeneutical key” or “reading strategy to get you past the difficult bits of Old Testament violence” or “imposing Christian frameworks as the essential interpretive principle,” Florer-Bixler invites readers read alongside her, “looking at the world from the inside of the Old Testament, to see what happens and what we discover along the way” (17–18).

Florer-Bixler believes that when we do so, we will find that “the God present in the Old Testament is the same God revealed in Jesus Christ. The character of God is uncovered in these stories, a revelation that helps Christians to recognize Jesus as God’s son” (21). Actually, she states this as the “one modest claim” of the book, so we might wonder whether this isn’t a “Christian framework” or “hermeneutical key” for reading the Old Testament after all. (And here I’m simply asking this question rather than answering it since I’ve just started reading the book.)

Florer-Bixler describes the book as “a study in slow observation” and “an extensive collection of marginalia” (21), and so in that spirit, instead of firing off a traditional review of Fire by Night, I plan to take Florer-Bixler up on her invitation to slowly read the Old Testament alongside her and to share my own marginalia along the way.

And I invite you to do the same. Fire by Night will be released to the public on April 9, so pre-order your copy now and join along!

April 2, 2019 “We must celebrate with a feast”: A Lenten Sermon (Luke 15:11–32)
Recent Comments
0 | Leave a Comment
Browse Our Archives
get the latest updates from
Anabaptist Revisions
and the Patheos
Evangelical
Channel
POPULAR AT PATHEOS Evangelical
1 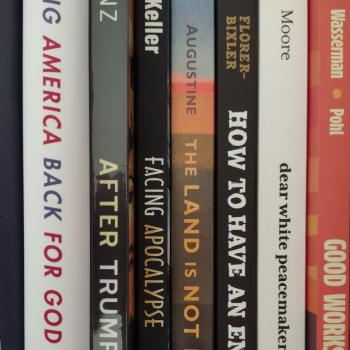 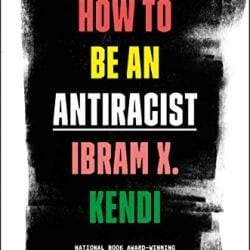 Evangelical
10 anti-oppression reads for pastors in an age...
Anabaptist Revisions